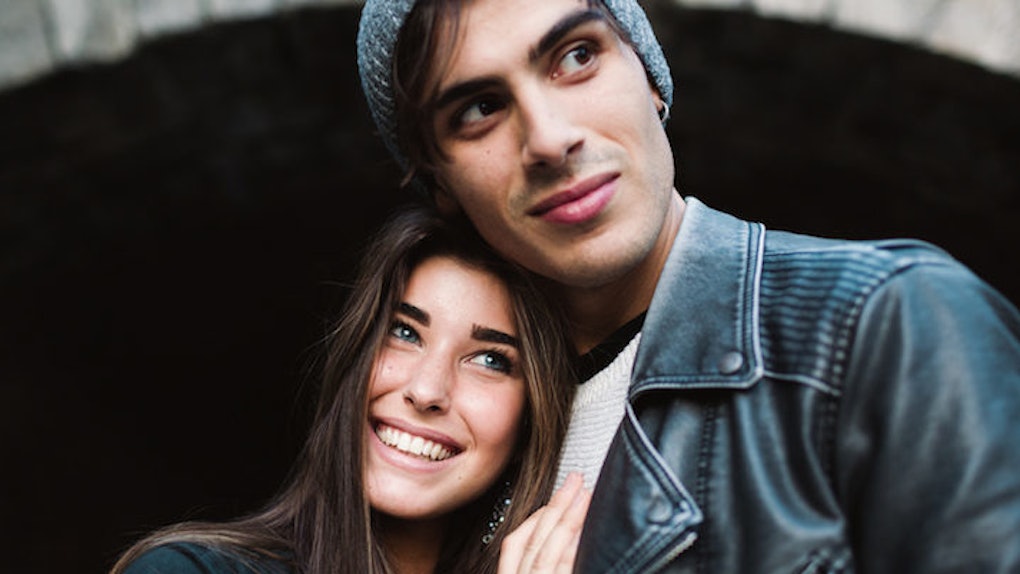 There’s an unspoken rule that a woman should wait for her guy to say “I love you” first.

This rule spurs probably one of the most unpleasant waiting games you ever have to play in a relationship.

Everyone’s different, but I fall fast and hard. I’ve always felt those sweet first love pangs within the first six months of a good relationship.

Once, I just said "f*ck it" and said it first. Have you ever mustered up the courage to tell someone you love them and they just say “thank you”?

I might as well have cut my heart out, slapped it on a plate and served it to him raw. That caliber of awkwardness almost killed me.

If you’ve learned your lesson like me, you know what it’s like to wait for the guy you’re dating to drop the l-bomb first.

No offense to my exes, bless their hearts, but my current boyfriend takes all of the cakes.

Most days I feel like I’m living inside a Taylor Swift song. Still, we haven’t said “I love you” to each other yet.

Tick-tock, boyfriend. I’m not getting any younger over here!

I’ve now experienced most of these stages of waiting for him to confess his burning love.

This happens early on, when you’re well into the beloved honeymoon phase. You’re still laying in bed for hours at a time, barely having a coherent conversation because you’re so wrapped up in touching each other.

You can’t remember the last time you were this happy, but it can’t be love yet.

I can remember the particular moment I first experienced this, about a month and a half in. We spent an entire day bike riding. There was something about exploring a new place with him that really got me.

At first, I was disgusted with myself for acknowledging how into him I was.

It was then that I knew I was a goner, but I did my best to stifle my feelings. We agreed we were going to “take it slow,” as if that ever really pans out.

Stage 2: Realizing you’re probably in love and there’s no way out.

You’re in love. Game over. What now?

At this point (around three months) you’ve probably shadily Googled “how do I know if I’m in love?” at work. When you’re hanging out with your guy, you can’t help but think to yourself that you love him.

He told me he wanted to see every state with me. I thought, “Well, I guess I love you now.”

I can’t be the only person who does this.

It’s a scary thought. Until it’s out there, you can’t be 100 percent sure he loves you back. And, it’s even more frightening to think it might slip out.

Stage 3: Almost saying “I love you” out loud, but accidentally.

It almost slips out when you’re about to hang up the phone.

If that actually happened, I would go find the nearest hole to hide in. I’m basically a nervous wreck all the time.

The urge can be near painful, like blue balls for your emotions.

All synonyms for “love” have been completely exhausted. My boyfriend and I say, “I’m obsessed with you.” because obsession is more acceptable than love at this point.

I can’t even, because it makes no sense.

You’re not quite desperate yet, but you’re impatient.

Resorting to dropping hints makes you feel a little gross, but at least you’re being proactive.

What is taking him so long?

I’ve recently asked my boyfriend, “Has anyone ever said ‘thank you’ after telling her you love her for the first time?”.

I’ve even started using the word more in non-romantic ways.

“I love that shirt on you.”

Sometimes I feel like my boyfriend is getting a kick out of watching me squirm.

Stage 5: You consider scaring him into saying it.

I haven’t resorted to threatening him yet, but I'm close to losing all chill.

If six more months go by and he still hasn’t said it, getting angry would be warranted. Why stay in a relationship with a guy who obviously loves you but is too much of a p*ssy to put it out there?

The insecurity of unrequited feelings is nearing unbearable. It affects trust and how open you feel with your partner.

Stage 6: You realize how stupid this “I love you” rule is. Is it even a rule?

I’m considering throwing this rule back where it belongs, in the 1950s.

Fact: love is scary. Being in love means you’re admitting you have something to lose.

Part of me really wants to put myself out there again. Maybe I should trust myself enough to know if I’m feeling a certain way, my partner is too.

And what’s more romantic and inspiring than a leap of faith?

Hypothetically, of course. Mine still hasn't.

The moment is perfect, everything you thought it would be!

Now, you just have to wait for him to pop the question.