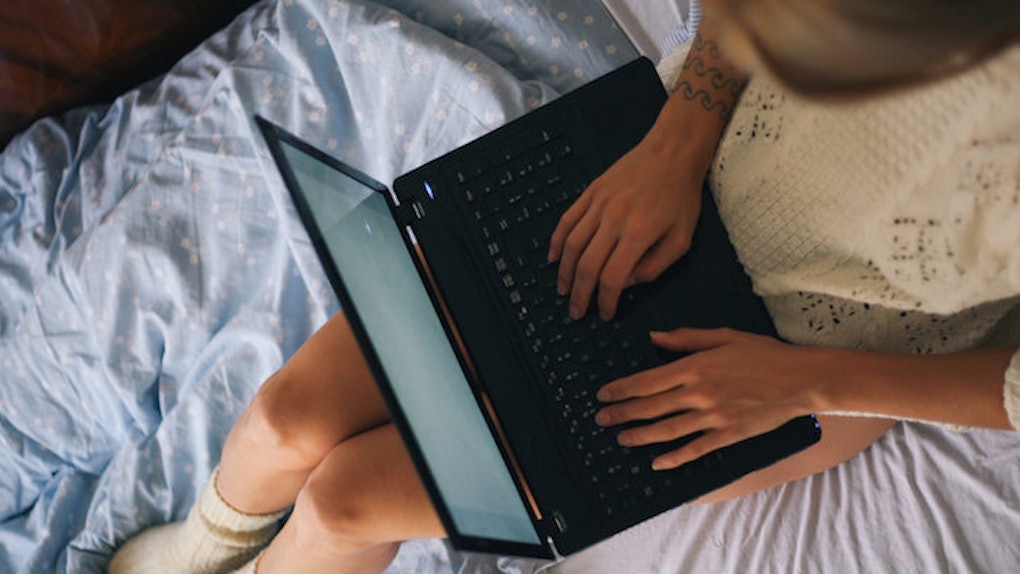 When you look at me, you might not think “Internet nerd" immediately. I  have a pretty good tan and I'm usually sporting a decent contour.

If you care to dig deeper, however, I am the textbook nerd. I have a weird "Harry Potter" tattoo and have spent a good chunk of my life as a text-based role player.

You're probably thinking of two things: either Live Action Role Playing, or kinky dress up. However, text-based role-playing is the way-less-sexy ugly stepsister of the two.

No one really dresses up in sexy Wonder Woman costumes, but we pretend we do. Hang on, because this is quite the story.

I started role-playing on the biggest #TBT of all: Neopets.

I was 12 years old, my best friend had just moved away and I was bored out of my skull, so something strange had to happen. Neopets, the online site devoted to users raising magical animals, captured my attention.

Soon, I discovered the Neopets role-playing forums. They housed a mishmash of every theme and universe, from "Harry Potter" to "Lord of the Rings." People even role-played as their own Neopets, adding human characteristics to them. It was a little too close to becoming a "furry" for my taste.

Look, it was weird. And it was precisely the kind of community 12-year-old me wanted, a place where I could write without being judged.

I graduated into the semi-porn adult world of role-playing.

There are, however, politics in the role-playing world. When you upgrade to the forums and start browsing sites like Caution and A Thousand Fireflies, you become a part of a community of writers, coders and graphic designers that don't take kindly to things like plagiarism.

There were certain more specific rules, too. One of the cardinal sins of roleplaying was "godmodding," having your character act without any limits. There was also "power-playing," writing as another person's character without that person's permission.

The role-playing world was its own little society.

Role-players have their own set of social standards. If you broke them, you'd find yourself banned.

For example, one of the hot button debates was setting an appropriate “face claim” -- an actor or model that acts as the face of your original character -- to your character.

It didn't matter if the character had a pre-set face, like Clark Kent, because you could use whomever you saw as the best fit. You'd then make graphics and gifs for the character using your specific "face claim."

Once, I tried to use a red-haired Jessica Stam as the face of Lily Evans for a "Harry Potter" role-play. Administrators kindly informed me Stam was too “bitchy” and I was better off using someone more "wholesome." Uh, okay.

A good face claim was just the first step toward getting approved to writing for one of the forums. This was like job hunting, but worse, because you know exactly who you're up against.

Most sites have application processes for potential members.

You had one of two options: a freestyle application, which was around 8,000 words of in-character scene setting and writing, or a traditional application, which consisted of answering certain questions on your character's personality and history.

If you chose a traditional application, you were taking the easy way out and you were a wimp.

If you were applying for an in-demand character, most sites allowed you to compete against others. You got to see the other person's application before submitting your own, which was both convenient and mildly terrifying.

While I made many friends role-playing, I never really took those friendships offline.

I texted a couple and talked to them on AIM or MSN (talk about a #TBT), but never actually met up with any. Most were scattered throughout the country, and some were abroad and using role-playing as a way to learn English. Meeting in real life with anyone was way too weird for me and, from what I know, very few took their writing relationships to the real world.

But then again, does it matter? Are any of those friendships somehow "lesser than" just because we never met?

For nearly a full decade, the role-play world provided a home for me. It gave me a sense of community and fostered creativity. While I might not role-play any more, that itch to log on to Caution or A Thousand Fireflies never left me. It's better than chatting with f*ckboys online, for sure.