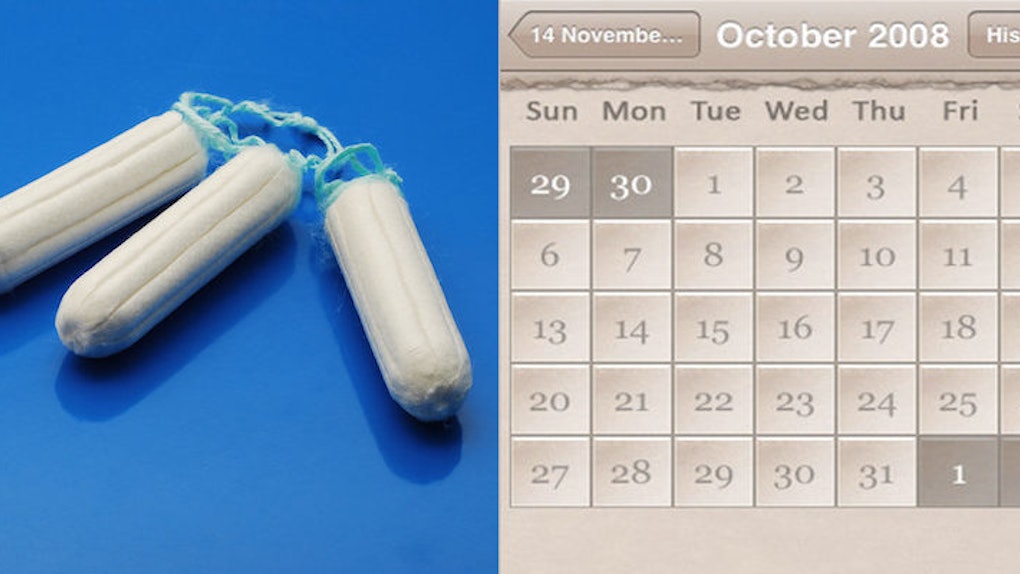 As if getting your period wasn't bad enough, some men are making it so much worse by trying to track women's cycles on their calendars or with apps.

Yeah. We had the same thought. What the fuck?

Apparently, some men are on a need-to-know basis of when their female colleagues, female friends or girlfriends are either PMSing or on their periods so they can act accordingly.

For some, that might mean steering clear to avoid irritability or mood swings. For others, it might just mean watching what they say. Either way, it's sexist AF.

Because, you know, a woman who is on her period is basically a ticking bomb of tears and emotions. Right.

To our disgust, there have been several apps dedicated to tracking periods made for men. Fortunately, most of the apps for this purpose are no longer available.

Some of them, like IAmAMan, PMS Buddy, uPMS and Frederick have already been shut down.

So it looks like creeps who want to track a girl's cycle just have to do it on their Google calendars or something. And if that sounds like a lot of work, don't worry, some men are still making it happen.

One woman spoke to news.com.au anonymously about how her male colleagues at work track her period. Oddly enough, she seems OK with it, saying,

They want to stay away from me when I'm PMSing because I get a bit moody.

This is outrageous. Seriously, no behavior, especially in the workplace, should be blamed on a woman's menstrual cycle. I don't understand how she isn't offended that her male colleagues literally have notifications set in their calendars that correspond to where she is in her cycle.

According to this woman, one of her male colleagues (who also wished to remain anonymous) has a great reason for why this knowledge is useful: It's a "good strategy to track her period cycle in order to avoid unnecessary situations."

Are you fucking kidding me?

Why does someone's period have to get blamed for why she's upset? Aren't women allowed to get upset regardless of the time of month?

What grosses me out the most is, how would a guy even know for sure when women are on their periods? Unless women are outright telling them, what other types of sleuthing are they up to?

The whole thing is super creepy, sexist and totally unnecessary.

You know what, since this type of tracking is actually a thing, women should be able to track their male colleagues' hunger levels to avoid their crankiness. Let's see how they feel when women tell them they're just hungry when they react to something emotionally.