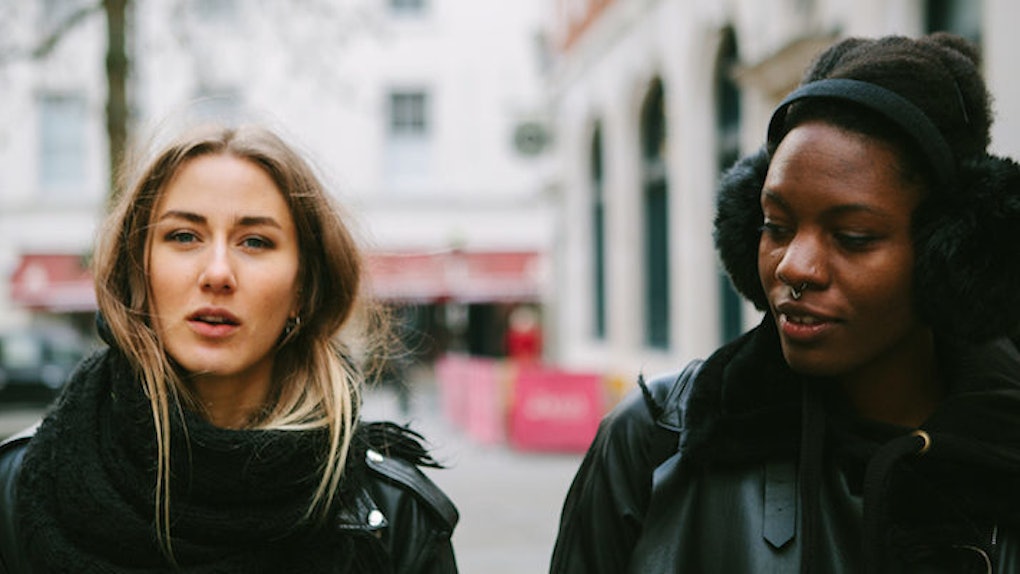 Not everyone is blessed with bluntness, because admitting you feel wronged can be hard. Friends casually drop a passive-aggressive comment into our text conversation -- followed by a “lol” or emoji -- when letting me know they're upset.

Sure, that's slightly better than nothing. Usually, the non-confrontational friend stays silent. The resentment grows until the situation has blown completely out of proportion.

Letting stuff slide with friends hurts everyone. Fact: Confrontation is scary. By speaking from the heart, you risk hurting the other person, being shot down or losing that friend if they disagree.

In general, healthy relationships are crucial to happiness. It's right up there with wine and cheese. So, why do so many women resort to the half-ass way of solving problems?

Women are conditioned to play nice with others.

Irene S. Levine, PhD, is a psychologist and the author of The Friendship Blog, a popular online advice column for navigating girl world.

She says men can be non-confrontational, but it's women who are more likely to avoid arguments.

“[Aggressiveness] and confrontation are more often viewed as undesirable traits in women than in men," Levine says. "Women are raised to be nurturing, so young girls [are] often conditioned by their mothers and society to 'play nice' and be conciliatory."

Maybe being confrontational can come off as abrasive, but when done correctly it's the most efficient way to solve problems.

Passive aggression is really just hostility with a bow on top.

Don't worry about appeasing everyone. If she's a genuinely good friend, she'll still love you when you're mad.

“Because women are conditioned to hide their anger, they may cloak their hostility in passive-aggressive comments or behavior," she explains. "I can't think of how passive-aggressiveness can be viewed as appropriate. It comes across as hostile to the other person and alienates friends.”

How many times has that one friend called you at 1 am, crying and incoherent? You felt obligated to listen, even though you were sleeping. Instead of letting that resentment creep in, tell her, “This needs to stop.”

It's about promoting healthy, open communication.

The best way to go about expressing your feelings is to let the other person know what you're going through. Then, offer a solution to improve the situation. That way, the pressure isn't on them to fix the issue alone.

Levine offers some advice to those struggling with confrontation.

“Saying no is never easy, but it's important to learn how to do so," Levine says. "If you continually say yes when you don't want to, you aren't likely to be a happy camper and your hostility is likely to eventually seep out."

You're not fooling anyone when you agree to go to a bar with a friend and aren't into it. That's true even if you think you're doing right by saying yes when you want to say no. It's almost like lying.

By clearly expressing your feelings and needs, you strengthen trust in your relationship. Honest communication means showing others your soft, vulnerable underbelly -- and that's a good thing.