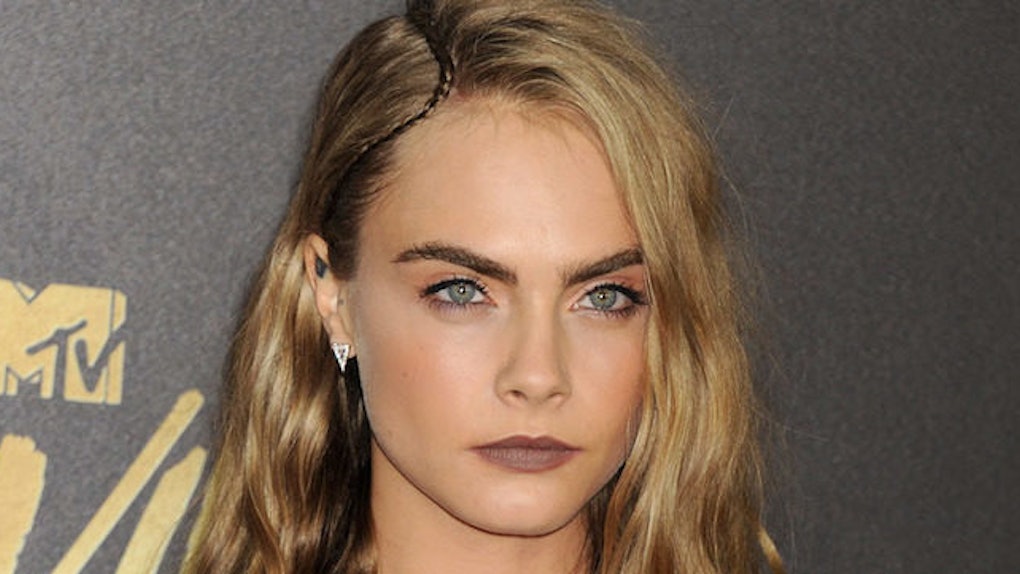 In 2016, bushy brows are a blessing. You can thank influencers like model Cara Delevingne for making fuzzy caterpillar brows happen, brushing up their baby hairs into built-in statement pieces.

Unfortunately, most of the population isn't naturally endowed with Cara's twin fur-brows. Whether you survived the Great Sperm Brow Catastrophe of 2001, plucking your eyebrows into oblivion, or just can't make them grow beyond a sparse covering, a lack of natural brows doesn't mean you're doomed forever.

While 2015 was the year of artificially filling our eyebrows to tightly-angled, drawn-out creations largely sponsored by Instagram and Anastasia Beverly Hills, this year's brow is a little more rugged and natural.

Instead of drawing them in, opt for a more popular option. Microblading (also known as brow embroidery) is a semi-permanent procedure in which a technician uses a bladed pen to deposit brow-colored ink into tiny, hair-shaped incisions in the brow. Since the ink sits in the top layer of your skin, it will last between one and three years, costing you anywhere from $400 to $1,500, depending upon your location and salon.

The microblading process, which can last up to two hours a session, involves careful mapping of the brow shape to create natural looking lines. After every line has been marked, the technician applies a numbing cream and gets to work. Plenty of patients report feeling a little discomfort during this stage, but nothing worse than you'd feel during a wax. The newly inked lines create the illusion of naturally full eyebrows and the results are pretty striking.

An added bonus: Microblading requires very little aftercare, save keeping your newly filled-out eyebrows moisturized with Vaseline or Aquaphor while they heal. Two to four weeks after your appointment, you'll have a follow-up -- included in your original price quote, thankfully -- to correct any shape mistakes and even faded areas.

Ready to sign up for your own enhanced pair of eyebrows? Check salons near you for reviews or ask friends for their recommendations. The Internet is packed with plenty of first-person reviews, too.