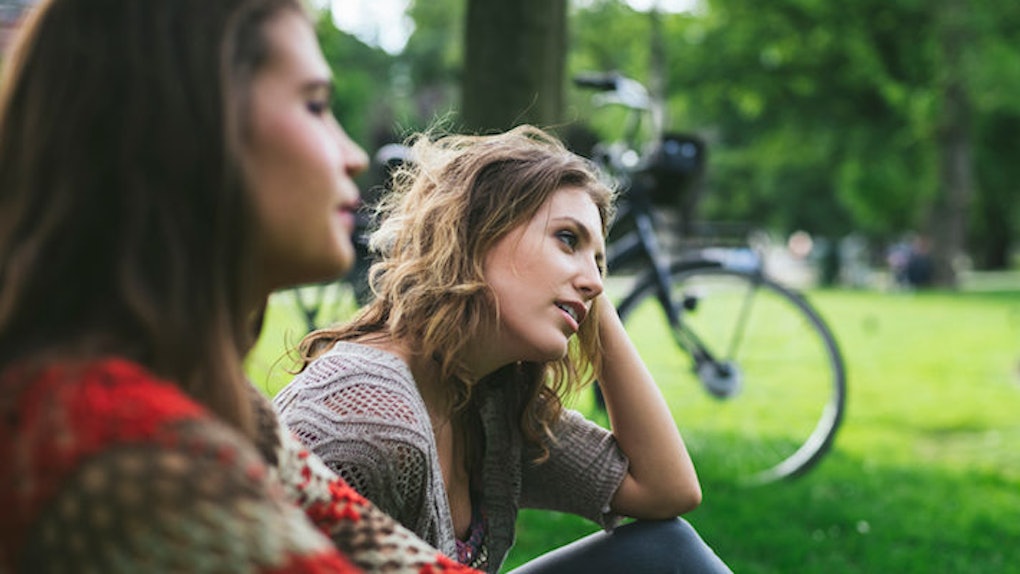 “I would pick him over you, you know.”

The words stung, especially since they came from the mouth of the one person who was supposed to be my best friend.

She said this to me during a phone conversation, after I had told her, yet again, her boyfriend of over a year was bad news.

By frequently making her feel insignificant, throwing audaciously disgusting sexual passes and innuendos at me and striving to break up our friendship out of pure jealousy, I could not help but hate him.

I knew there was a guy out there for her who would lift her up and value the friendship we shared, and her boyfriend wasn't that guy.

Words are what actually brought us together.

The two of us had met online as teenagers in a discussion board for writers and readers.

We clicked instantly, sharing our fictional and non-fictional stories and claiming to be long-lost sisters.

Eventually, we met in person and strived to see each other at least once a month, despite the fact we lived two hours away from one another.

We've always had each other's backs, and I was simply trying to make her understand the havoc this guy was wreaking.

My pleas were averted with hurtful dismissals, including “Not every guy wants to flirt with you, Emily,” and “You’re just jealous of him.”

But, I was far from jealous of the way he openly degraded her and controlled her life.

Each sentence I uttered — trying to be as caring and explanatory as possible — only served to further enrage the irrational woman on the other end of the phone.

Every argument I made was met with the deflection that I had never been in real relationship, and so I could not understand or judge hers.

Though, at the time, I had never had a boyfriend before, even a fool would've been able to point out the obvious issues in her failing relationship.

I would've been a horrible friend if I didn't try to make her see what everyone else already did.

I thought about her infantile and crude boyfriend and his incessant disregard of how he made my best friend feel inferior.

At the same time, he also made me feel extremely uncomfortable.

I believed my loyal and unconditional friendship was intended only to tide her over, until she found a boyfriend to slowly tear her down and push me out of her life altogether.

Words carefully formed our once-unwavering friendship, and words are what so swiftly tore it apart.

Ultimately, she knew my interference was for her own good, but her defensiveness made her strike back.

First, she said the guy I liked at the time would never reciprocate my feelings “because he’s good-looking and smart. Why would he go after you?”

She hurled many other insults at me, but the words themselves did not hurt me. What terrified me was the intention behind those words.

I don't think she legitimately believed I was incapable of attracting a boyfriend who was intelligent and attractive because of my personality. Her sole intention was to break me down.

I tried to help her, and I was met by spiteful retribution.

I tried to be a good friend, and I was shut down by the surliest of verbal formulations.

I tried to save my friend from what would be her eventual heartbreak, and I was rewarded with the most flippant liberation.

“I would pick him over you, you know. I’m picking him.”