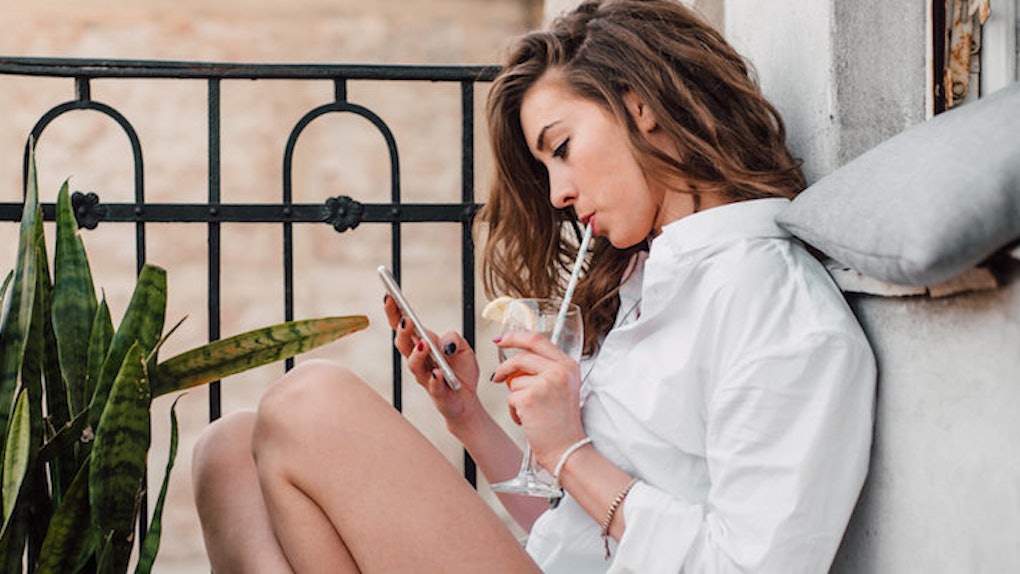 I Got A Massage For People Obsessed With Swiping Right

On dating apps, I'm a "swipe left" kind of gal -- unless I'm drunk, which means all bets are off.

All this rejection wreaks havoc on my hands. I'm breaking hearts and ruining lives left and right, using nothing but my thumbs to do the dirty work. So, when Bliss Spa announced an 30-minute, $80 "swipe right" massage, I promptly lost my sh*t and signed up. A massage for my lovelorn fingers? Say it ain't so! The massage targets areas of the body associated with frequent swiping: hands, arms, neck and back.

A few hundred left swipes later, I headed down to New York's Bliss 57, my local branch of the chain. If you've never stepped foot in a Bliss, you're doing yourself a disservice. It looks and feels like you're floating on an expensive, lemon and mint-scented cloud.

After changing into a fluffy Bliss robe and lamenting my decidedly sh*tty manicure, I headed into the waiting lounge, where several other women awaited their technicians. I hadn't had breakfast yet, so I devoured a brownie from a platter. Fine, three. In my defense, these were some topnotch brownies. Bliss, who does your catering and can they do my future wedding?

My technician turned out to be a friendly-looking guy named Johnny who's probably never had anyone swipe left on him. I was jealous and also wanted to hear his flawless skin secrets.

The massage began with the application of a minty scrub, which smelled like lemonade and made me thirsty on more levels than I'd like to admit. After applying the scrub to my right arm, Man With Perfect Skin moved to my left.

"Wait, I thought this was a right arm massage," I said, half-jokingly.

He probably thought I was an idiot, but he didn't show it. I'm going to assume he looked at me like I was crazy. I couldn't tell, as cucumbers were covering my eyes.

“No, it's both,” he replied. I could tell he was smiling.

After both arms were thoroughly scrubbed, he patted them dry with a towel. Next, Johnny applied a lemon-y cream from my fingers to my upper arms. At this point, I started to regret not eating a fourth brownie.

Following the hand-and-arm massage was the neck work. I'm wary of anyone touching the back of my neck, because I'm really ticklish there. There's nothing cute about hysterically laughing in the face of a man with poreless skin, mid-massage.

Instead of cracking me up, Johnny's hands essentially put me right to sleep. It was blissful, pun intended.

Following the neck work, he asked me to sit up for the quick back massage. I felt like a zombie, lulled back into sleep by the soft music, Johnny's hands and the fact that there were cucumbers on my eyeballs. I have never felt more posh and relaxed.

Too soon, our time was up. I have never been more disappointed in my life — this 30-minute trip to nirvana had an end? I was totally down to join the Bliss cult and live in one of the saunas if it meant I got to stay forever. Unfortunately, Johnny just escorted me back to the locker room, a hint that we weren't meant to be.

When I took off my robe, I was finally able to take a look at my arms in proper lighting. They looked — I kid you not — like I was Edward Cullen. They didn't just glow, they sparkled.

I felt like a special, luxurious snowflake for the rest of the day, and it was glorious. Still didn't get me to swipe right on anyone, though.