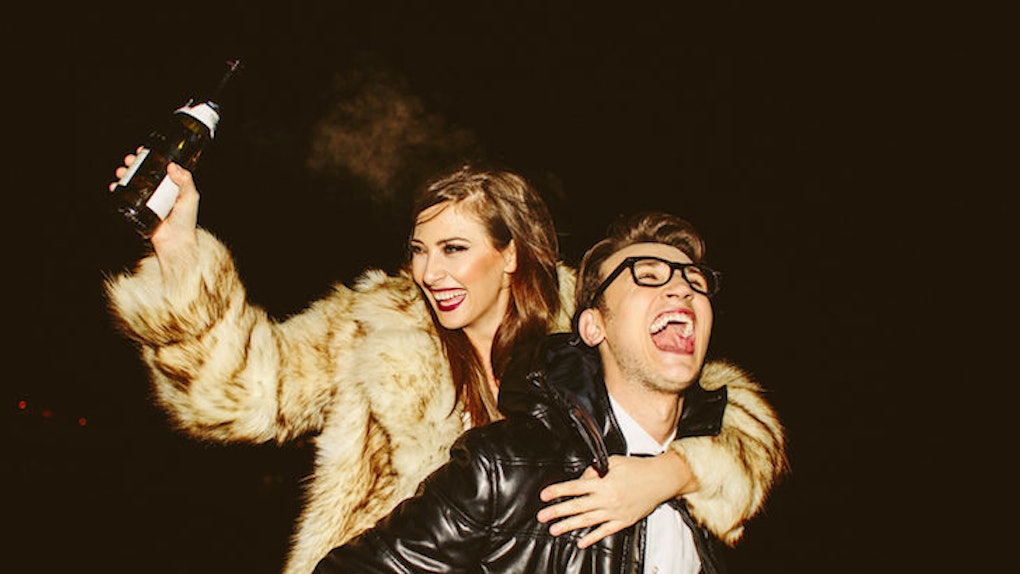 Do you frequently wake up on weekend mornings with unexplainable bruises? Have these injuries started creeping into your week?

Do you find yourself having to explain, time and time again, little innocent mishaps that result in black and blues all over your body?

Do people seem overly concerned about your physical wellbeing?

Well, if you answered yes to these questions, just know you are far from alone. I would have to say a hefty portion of the population suffers from what I'm going to call "Random Bruising Syndrome (RBS)."

If the only bruises you sustain over the course of the week are results of drunken endeavors, consider that a f*cking accomplishment. Why? Because there are others who can't even walk around their kitchen counters without banging their hips on the edge while dead sober.

The struggle is here, and today, we're going to break it down for you, so you don't feel so alone... and bruised.

1. You have anxiety because you don't remember how you got injured.

Were you dancing on the bar again? Did you fall in your high heels? Did someone simply just bump into you?

You don't even know why you're asking yourself these questions because there's no way in hell you're going to be able to answer them.

2. You convince yourself you did more than you actually did while intoxicated.

Obviously your brain is on the fast track to the worst-case scenario because when you blacked out, what else are you supposed to think?

I mean, you did wake up with a dozen bruises, and you have no idea how you got them...

3. Your parents think you're a sexual deviant.

That may be half true, but that's not the reason for your bruises (at least most of them).

It's really awkward during family dinner time, when you catch your parents eyeing your arms up and down, scanning for bruises.

4. You worry you're anemic.

There must be a medical explanation as to why your skin looks like an expired banana.

It's impossible that this sh*t happens for no reason. Hmm, but maybe the reason is that we're uncoordinated and clumsy...

5. You have to plan your outfit around your bruises.

You can't wear a short dress to work if you have bruises cascading up and down your legs now can you?

I guess you can, but that'll get quite awkward when your boss asks you what's up.

6. You have to awkwardly explain your predicament to your gyno and waxer.

There is no non-awkward way to go about this, as these people are already looking at your naked body... there's no hiding in these examination rooms.

7. People think you lead a more badass life than you do.

While being decked out in bruises gives you an air of reckless misery, people often draw the wrong conclusions about your lifestyle.

They think you rage 24/7, when in reality, it takes three of your friends to drag you out of bed on a Friday night...

8. You get them even when you're not drunk.

The sad thing about your injuries is you sustain half of them while sober.

Actually, you probably get more when you're sober, but you're just so accustomed to it, it stops fazing you. Banging your elbow on a cabinet? Just your average Wednesday.

9. People think you get way drunker than you do.

Once your friends watch you take your first sip of alcohol, the tormenting can finally begin.

"How many bruises are you going to get tonight? I bet you end up dancing on a bar!!!"

10. Changing in the locker room is never an easy feat.

You thought your friends and parents' judgments were harsh enough, that is, until you entered the women's locker room.

Who knew strangers cared so much about the oddly placed contusions that span across your ass. Hmm, maybe it's time to stop checking out our injuries in public mirrors.

11. Everyone just assumes you're a hot mess.

Hey, at least they think you're hot. It could be much, much worse.

12. You're constantly reminded you can't even walk.

You can't even get over the embarrassment you felt when you tripped and fell on the sidewalk because your bruises are a constant reminder.

Unfortunately, they aren't that great of reminders, or maybe we would finally learn our lesson.

13. You try and convince yourself it's OK because it gives you street cred.

You know you respect someone with injuries because that means he or she can throw down in one way or another.

Secretly, you are just trying to convince yourself, but hey, it's rationalization at its finest.

14. Falling upstairs is not a foreign occurrence to you.

In fact, it happens quite regularly.

15. You can never make anything look classy.

You are either tripping all over the place or your bruises are taking away the attention from whatever outfit you have on. There is just no winning when it comes to dressing...

At least when you're tan, your bruises blend in. When you're pale, however, this is an entirely different story and struggle.

In fact, you look quite distraught... all of the damn time.

That's a thing? People actually have flawless skin? Get the f*ck out...

19. People think you have a more exciting sex life than you do.

You know what? There is no need to even try and argue this point. If it works in your advantage, why not go with it?