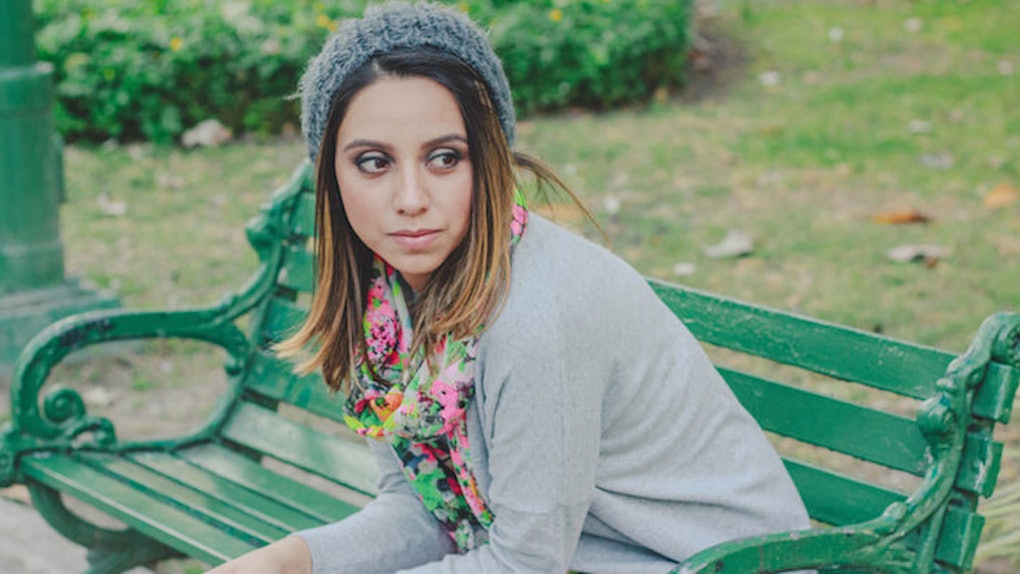 Maternal influence is incredibly important in the maturity of children, and this can be especially true in women. I've never gotten along with my mom. She's always been present in my life, but somehow distant. We're passionate about different things and hold many opposing values. But despite our weekly mother-daughter debates, I like who I am. Women who aren't close with their mothers develop a strong sense of self and independence because they learn to be their own cheerleaders.

1. Talking to your mom about personal issues — especially romantic dilemmas — is a foreign concept to you.

Lots of women talk to their mothers about the guys they like, the guys they're seeing and even *cringe* sex. There is no way you're ever doing the girlfriend thing with your mom. Men, love and sex talks are reserved for your friends and probably no one else. You can't imagine having conversations with your mom the way your friends did with theirs. In fact, your friend's mother-daughter closeness may even make you uncomfortable.

2. You've had many maternal role models because you're open to more guidance.

Throughout your life, you've turned to female teachers, the mothers of your friends and aunts more than women who are close with their mothers have. You've learned to connect with other people and expand your circle easily by having multiple role models throughout your life.

3. You don't have a lot of girlfriends.

“Daddy issues” have been stereotyped for years. But what about mommy issues? Women who have a better relationship with her father as opposed her mother typically gravitate more toward men and keep women an arm's length away.

You're probably not someone who stays home Saturday nights to watch a Nicholas Sparks' movie. You probably hate the color pink. At family functions, you probably avoid your female relatives and stick with the men or kids. You might not be a tomboy, but because you've always gravitated toward men, you'll never be considered "girly."

Women who have tons of girlfriends freak you out. No one could have paid you enough to wear a Barbie pink prom dress in high school. (You probably wore black.) You almost never order sugary drinks at the bar because they're not worth the sugar hangover the next morning. You're proud of yourself for not succumbing to gender stereotypes, and you think it's cool you don't.

Because you don't subscribe to typical gender roles and you probably don't have strong maternal instincts, you're labeled (by yourself and others) a feminist. You want your mommy's girlfriends to be as liberated as you are, so you probably advocate for women's equality and rights.

Mothers teach their daughters a lot about life, love and sex (conversations you'd really rather not have). So, you probably figured a lot of things out for yourself. You've endured heartbreak and sadness by yourself. You've learned to celebrate your own success without needing someone else's validation.