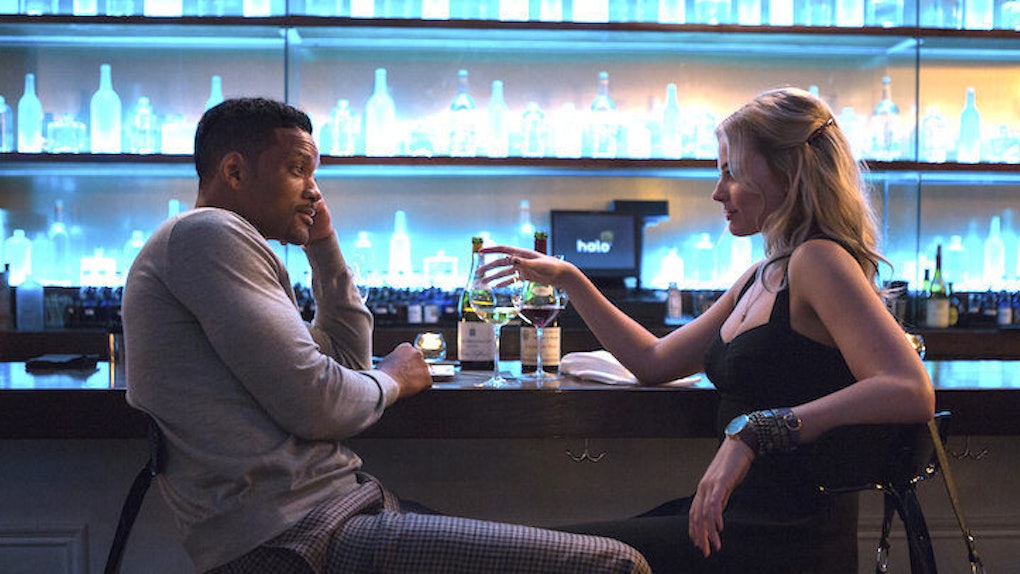 #GirlBoss: 5 Tips For Dating, As Told By A Professional Matchmaker

When she was asked what her favorite position was, Lauren Conrad replied, “CEO.”

LC joins a new tribe of celebrity women who are, quite literally, #GirlBosses.

I'm a 20-something personal matchmaker in Beverly Hills, and have been hired to find love for some of the most influential girl bosses in the world. I think I have had such success matchmaking girl bosses because I get them on a deeper level. After all, I am one.

Aside from LC, we have a few killer girl bosses who are equally rocking their businesses and relationships in the media right now.

T-Swift and Calvin Harris are total #RelationshipGoals. Seriously. I am considering purchasing a swan float just because of their epic Instagram relationship reveal.

Serena Williams and Drake became the ultimate power couple when she played his song at her fashion show for NYFW. She clearly totally knows what she's doing.

Girl bosses are not your average girls; they are independent and passionate. They are go-getters in nearly every aspect of their lives. A primary reason they've achieved the level of success they have is because of these fabulous characteristics.

However, being a strong, confident woman who has succeeded in her career actually complicates things a bit when it comes to dating.

Here are some tips to simplify the process:

Once, I dated a guy who was still in school (I wasn't). Whenever I told him about something cool that happened at work, he would consistently attempt to one-up me.

At first, I brushed it off. However, it eventually became an issue.

That's when it hit me: It's not a who's busier, who's more successful, who's making more money or who's worked a longer work week. It's about how you support each other through it all.

Girl bosses, listen up: When you are dating, take a look at where this guy is within his life.

I am not advising you to be a job snob when it comes to dating, but it is very important for you to be with a man who is either in a stable career, or on the path having a career he is passionate about.

You need a man who is confident, self-assured, excited about his career and on the path to success. When he knows the drill (by either being in it or having experienced it), he will respect all the hard work you have put into your career.

2. Learn the most attractive thing you can say to a man.

The most common thing a girl boss hears from well-meaning friends is she is “intimidating."

Take a deep breath and a sip of wine. They mean well, and have a point. It is so important for a man to feel like he is needed in a relationship.

While strong women may emotionally need a man, most men can better relate and respond to a woman's physical need for him.

Get your mind out of the gutter! Although intimacy is very important, this is not what I am talking about here.

I'm talking about the little things you can obviously do for yourself (picking up a fork that falls to the floor, getting the attention of the waiter when you are done with your sushi, killing that monstrous spider in your apartment, etc.).

These are socially-constructed, manly things he can do. I get you can do them yourself, but a man loves when he can help you out with them.

There is no phrase more attractive to a man than, “Can you help me with something?” It sparks the evolutionary, latent hunter in him.

Even if you are completely self-sufficient, a man needs to feel like he is needed in your life. So start delegating, girl.

So many girl bosses are two steps ahead of everything in life, which is why we are ruling the world. But when it comes to dating, we need to allow the guy to take the reins occasionally.

If not, you will be not only be exhausted, but feel unfulfilled in the relationship.

The next time you go on a date, relax. As women, we are conditioned to hate awkward silences. When we are dating, we feel like we have to constantly come up with new topics of discussion, which can actually make us feel and sound high-strung.

For guys, a lot of times, this silence is needed to gather their thoughts. Once they are given the opportunity, they will step up their conversation game.

Doors are another great way of letting him lead. When you arrive at a door, stand back and let him open it for you. It may take him a second to figure out what is going on, but he will get the hint.

When the check comes, let him reach for it first. You can do a little reach for your purse, but let him treat you during the courting period.

A man can only be a gentleman if you let him.

I loved this line from infamous girl boss, Miley Cyrus, about her sexuality: With guys, there was an "overly macho energy" she didn't like. "That made me feel like I had to be a femme-bot, which I'm not."

Girl bosses of the world, take a breath. You don't need to be a femme-bot when you are dating. In fact, men love us just the way we are.

Don't feel like you need to be ultra feminine or the cookie-cutter version of what you think a guy wants. Before I understood this, first dates were essentially me trying to make a guy like me.

I was overly self-conscious of how I was seated (should I cross to the right or cross to the left?) and how my hair was positioned. I kept wondering if I should downplay my successes. Was I intimidating him?

When I had the epiphany I wanted to be with someone who I felt like the best version of myself with, I started paying way more attention to what he was saying and how he made me feel.

5. Include him in your success.

Whether you're celebrating a promotion at work or showing at your very first fashion show at New York Fashion Week, it's vital to include your man in whatever you are doing.

When something special happens with your career, feel comfortable and secure enough in your relationship to tell him. When something wonderful happens for him career-wise, don't be afraid to be enthusiastic and a little over-the-top about it.

He's rocking his work, and men are conditioned to show less emotion than we are. When you celebrate each other's success and include him in yours, he will feel pride, passion and, most importantly, needed.

Go forth into the dating world, my fellow girl bosses. With a little bit of luck (and maybe a little help from me), you can be the next #Drakena (my couple name for Drake and Serena).