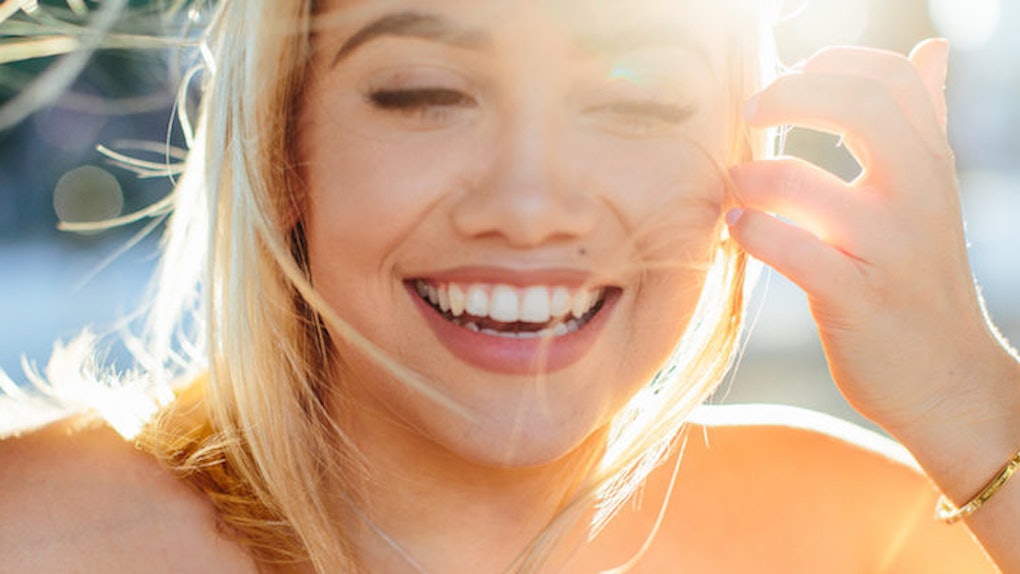 No Shame: Why Calling Me 'Chubby' Is The Best Thing You Could’ve Done

It started off harmless enough: “Hey, I showed your Instagram to my friend yesterday," she said coyly.

This exchange is pretty typical. As the resident (and permanent) single girl in my friend group, I was used to having one of my pals show me off to acquaintances in hopes that I’ll finally stop moaning about being alone to face the Sunday Scaries every week.

Sure, my dogs are great company, but they can't reassure me that it’s “only five days” and “Mondays always go so quickly."

She continued, “He was a dick, though. He didn’t deserve you."

That's new. This dude only scrolled through my photos of drunken escapades or selfies when my makeup still looks fresh. Guys usually wait until they meet me to be a dick.

“He said you were cute, but chubby. I told him you were thick, and guys like thick. Don’t worry about it. He’s an asshole. You’ll never see him."

I don’t know what offended me more: the “chubby," the “thick” or the fact that my friend told me about it at all. Isn’t it girl code to just tell your friends how pretty they are and swear to never talk about the time you double-fisted two Chipotle burritos in an act of drunken rage?

Despite what they say in those "how to be an awesome BFF" books you bought from Scholastic book sales in third grade, girl code isn't always great.

Sure, it works when you just broke up with your ex and need the reassurance you did the right thing. Girl code helps when you need one more Instagram like to feel validated.

Girl code, however, fails when you really do need to get your sh*t together. Your girlfriends won't tell you you don't look attractive in that new dress you're super excited about.

They won't tell you that you desperately need to wax your eyebrows because you might be growing a forest up there. They also won't tell you when you need to lose a few pounds. Instead, they'll say you're beautiful no matter what shape or size you are, to f*ck the haters and you should eat whatever you damn want, you gorgeous thing. That's not always solid advice.

Of course, friends shouldn't fat-shame -- but they should call out bad habits as they see them. Mine was drowning myself in iced coffee and chocolate every time I had a crappy day.

It's not about my waistline, it's about my health -- and friends don't always make the distinction or know how to approach it in a loving, compassionate way.

Friends are sh*tty at being mirrors. It's like always being in front of the distorted fun house ones. You know, the kind that makes you look super tall and thin and makes your limbs willowy. You might like what you're seeing, but you're not getting the clear picture.

You know who doesn't have that filter? Strangers. Someone that was looking at me objectively.

What he did was tell me what my friends could never have the balls to say: I'm gaining weight in an unhealthy way, and that needs to stop. What I heard was I'm fabulous and curvy. What I needed to hear was I need to put down that Chipotle. And that stranger said it, loud and clear.

That statement had propelled me to get myself together and eat a little healthier (no second Chipotle for me). I tried a juice cleanse. I tried a spin class.

I now know better. I might not be "perfect," but I'm working my way towards "healthy." All thanks to some dude that didn't think I was cute enough for him.

Don't get me wrong, it's not for him. I'm not trying to kick my unhealthy habits to appeal to him. I'm not doing this for some guy I don't even know. This is my own personal battle and my own struggle -- he was just the catalyst for some much-needed change.

FYI though, he's still not getting my number.