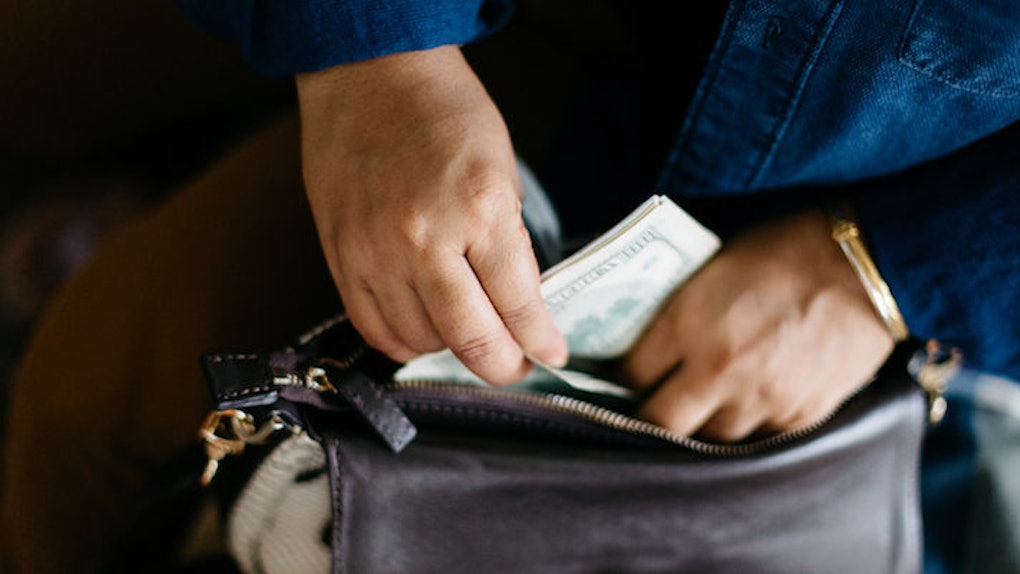 Gender Pay Gap Is Real And This Proves It

The year is 2016, and society as we know it has made a number of advances over the course of our lifetime.

We're on the cusp of developing artificial intelligence, self-driving cars and eliminating wide-spread diseases worldwide. But despite all the great things we've done as a society, one very basic thing still hasn't changed.

And if you're a woman, this fact should deeply concern you. Women are still paid less than their equal counterparts.

Before anyone tries to mansplain this to me, please allow me a few moments to tell you what I mean. The age old argument, that women earn 78 cents to every dollar a man makes, isn't quite that simple.

There are a number of factors to consider when we talk about the gender wage gap, as one study illustrates.

Before you can get upset about the gender wage gap, you have to actually understand what it means. And when you hear people going back to that 76 cents on the dollar argument, they are referring to the uncontrolled gender wage gap, which is all working women compared to all working men.

When you compare it this way, even though the gap is still huge (25.5 percent gap), it's not the most representative way to look at the problem.

When you control for things like education and job experience, like the PayScale study did, you can understand the gender wage gap through a clearer lens.

For your own comparison, let me show you some of the numbers from the study, which surveyed over 1.4 million workers.

Again, the controlled gender pay gap provides you a more realistic look at the landscape of gender pay equity because it controls for all compensable factors, like education and experience.

There Is No Industry Where Women Earn More Than Men

Remember what I told you about the controlled gender wage gap? PayScale applied this same principle to see if there were any industries where women might earn more than men. Out of the 20 industries analyzed, real estate has the smallest controlled gender pay gap, at -1.3 percent.

Keep in mind that real estate is also a field with predominately female workers, where 60 percent of the workforce is women, and men make up only 40 percent, respectively.

Perhaps it's better to take a look at the industries with the biggest wage gaps, so you can know what you're up against if your career takes you into any of these industries.

If you aren't filled with rage yet, this might be the last drop in the bucket.

When examining the gender pay gap by job level, women actually suffer more as they get promoted. Which means that the harder women work, the more they penalized in terms of salary earnings compared to their male counterparts.

Here is the breakdown by job level.

Millennials Aren't Suffering The Most, But It's Up To Us To Fix It.

When you break the gender wage gap down among generations, Millennials fare much better than Gen-Xers. Millennial women are only behind -2.3 percent compared to the -3.6 percent Gen-X women face.

But that doesn't mean things are better for Millennials. Gen-Z, the generation after Millennials, will be in the workforce soon, and unless we Millennials start setting the trend now for negotiating our salaries and leaning in in general, we are doing a disservice to those women who come after us.

By negotiation your salary, you're not only setting yourself up for success, you're blazing the trail for other women behind you to get the salaries they deserve, too.