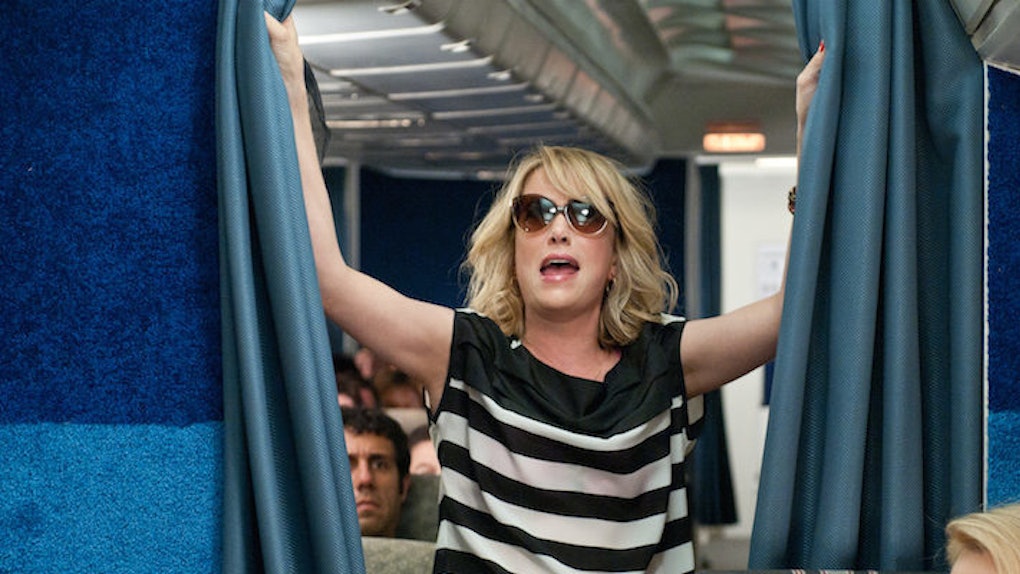 Don't Be 'That Girl': 4 Situations All Women Should Try To Avoid

“You heard what ‘that girl' did this past weekend, right?”

“Did you see 'that girl' last night? She was so embarrassing.”

Nobody ever wants to be "that girl."

We've shaken our heads at her, and we’ve rolled our eyes when we heard what she did. We may have even tried to ignore her existence for a moment.

And whether we like to admit it or not, we've all lost if for some amount of time and been "that girl."

If you’re still trying to convince yourself you’ve never once been "that girl," think again:

1. That Girl Who Becomes Too Attached To Her SO

We've all witnessed the girl who publicly gushes over her significant other.

She's full of excessive Instagram posts, sappy Facebook statuses and constant, face-to-face reminders of just how wonderful her boyfriend is.

This overly enthusiastic girlfriend is just one step away from becoming "that girl," and the transformation can happen rapidly.

You’ll notice "that girl" becomes so absorbed in her boyfriend, she begins deviating from her norms.

This girl ceases her typical daily activities, doesn’t make time for old friends and becomes uninterested in anything that doesn’t involve What’s-His-Name.

This behavior only ends once ties have been cut.

2. That Girl Who Gets Too Drunk And Ruins An Event

Whatever the excuse may be, there's nothing worse than "that drunk girl."

She’s irritating to be around, embarrassing to be associated with and to top it all off, she's uncontrollable. There is no taming her.

Your options are to walk away or bite the bullet and remove "that girl" from the situation entirely.

No one wants to play babysitter on the one night he or she was planning to let loose that week.

But before you ditch your friend, you need to reflect on the times you've been "that girl."

Even the lightest of drinkers have gazed into the bottom of a toilet bowl after a few too many Jose Cuervo shots.

3. That Girl Who Lets Someone Walk All Over Her

No one wants to be a doormat. Yet somehow, it seems to happen to everyone.

You may consider yourself to be a strong individual, and those around you may very well agree with that.

But, there comes a time in everyone’s lives when that strength is broken, and someone gets the best of you.

It may be in a friendship, when your friend takes advantage of your generosity and willingness to be a good friend.

Or, it could occur in a romantic relationship, when you’re blinded by all the feelings you have for your significant other.

In either instance, it’s never okay to be "that girl" who lets down her guard so much, she's taken advantage of.

4. That Girl Who Goes Back On Her Word

We’ve all said something aloud we wish we could retract.

It could be something you swore you’d never do and ended up doing (like that time you went back to Mike).

Or maybe, it was when you told your gal pal you’d attend a party with her, but when Friday night finally came around, you were more interested in a solo Netflix night than social mingling.

Either way, it’s just not cool.

Breaking a promise to yourself will leave you feeling crappy, and flaking on a friend will leave her feeling just as bad.

Bottom line: If you make a promise, do your very best to stick to it.

Avoid being "that girl" who says a whole lot, but doesn’t really mean any of it.