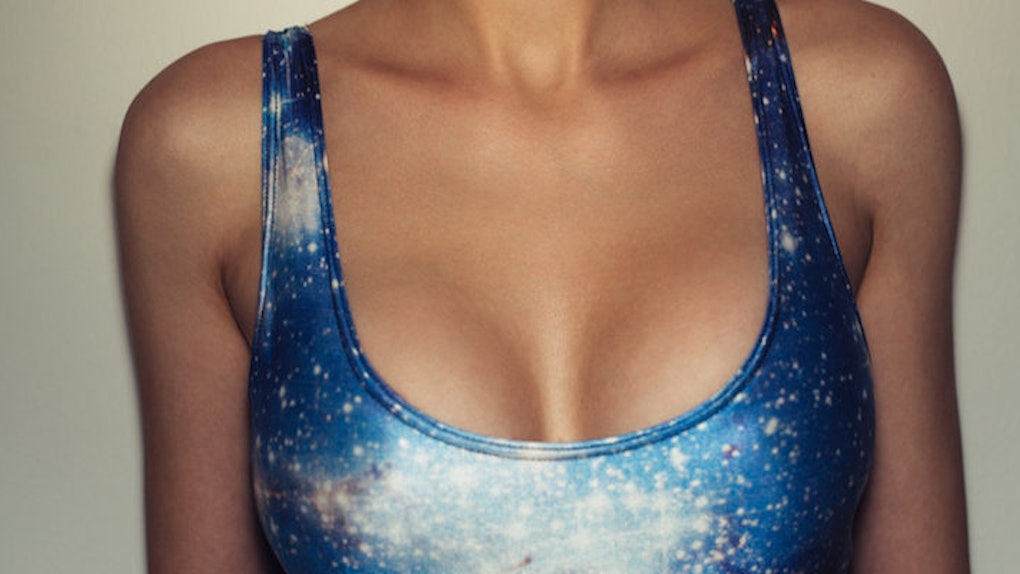 Big Boobs Aren’t The Only Kinds Of Boobs Men Like

My whole life I've been under the impression that these bewildering male creatures are manically-obsessed with large breasts.

But according to the Huffington Post, a new study says that this "big" obsession may not actually be true.

As it turns out, after asking 267 men to rate pictures of boobs to their liking, researchers found "it might be shape, not size, that the male brain actually considers when appraising a breast's attractiveness."

So if the male species is more drawn to shape over size, what kind of shape do they like, and more importantly, why?

And because the cross-cultural survey at the heart of this study suggested that — at least among the men from Brazil, Cameroon, the Czech Republic, and Namibia that were studied — the more important visual element was breast morphology, not size, the authors speculate that there's something about breast shape that tells a male that a female is especially fertile.

Across the four cultures surveyed, it seems that firm breasts were at the top of a guy's priority list.

So it's not big boobs that show off a woman's fertility, like we've all been told our entire lives. Instead, it's that ~firm shape~ (gag).

Even if I were to switch teams and go straight, according to this study, I would still fall "flat" when it comes to attracting boys with my boobs. They wouldn't care so much that they were small, but they wouldn't like the lack of firmness in my sloping breast.

See I have very deflated boobs. They're cute in clothes, but when I gaze into the mirror naked, I find them to be rather depressed-looking. I want to give them a dose of Prozac. You know, perk 'em up a bit.

But anyway, the real question is, why is firmness deemed more fertile than big, bouncy, triple-D boobs?

Well, according to the researchers, your boobs change with the amount of kids you've pushed out of your vagina and with your age.

Think about it: A kid sucking milk out of your precious boobs will naturally impact your precious boob's "firmness," right? So firm breasts could indicate fertility because you're too young to have squeezed out a soccer team of kids, and youth equals fertility (GAG).

Kittens, listen up: I'm young, I'm childless and my boobs are still not firm. Gwyneth Paltrow (my breast soul sister) and I have very similar boobs, and she popped out two kids and is still super hot, so the men in this survey can fuck off.

As a lesbian who has seen many boobs (I've been around the block, kids), I'll tell you this: All boobs are beautiful and any guy who gets to touch your boobs is the luckiest guy alive.

All boobs are beautiful and any guy who gets to touch your boobs is the luckiest guy alive.