A good cocktail is a requirement during the holiday season.

We gave hot apple cider an adult twist, spiking the winter staple with both cinnamon and honey whiskey.

In this tutorial, we'll show you how to make portable cocktails to hand out as party favors or last-minute stocking stuffers.

These mason jar cocktails are great to take with you on snowy, post-dinner strolls. They're warm, spicy and so satisfying for that sweet tooth. 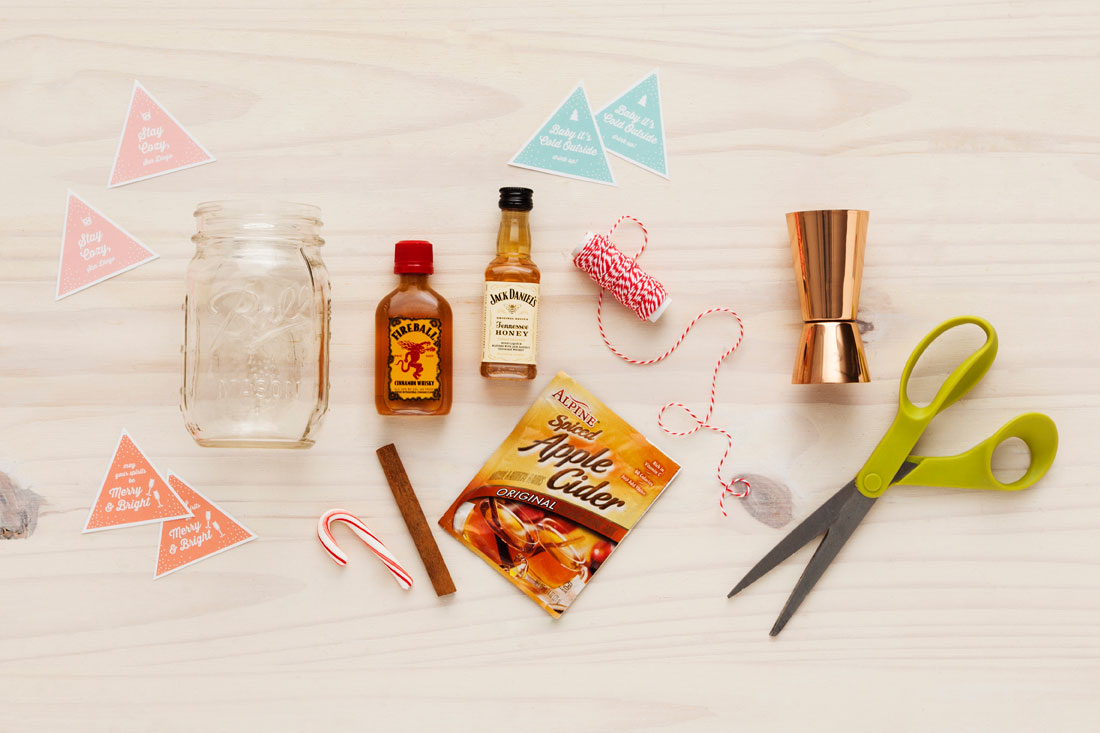 First, print the gift tag template and cut out each tag. Thread your needle with the baker's twine and puncture the tag through the marked hole. 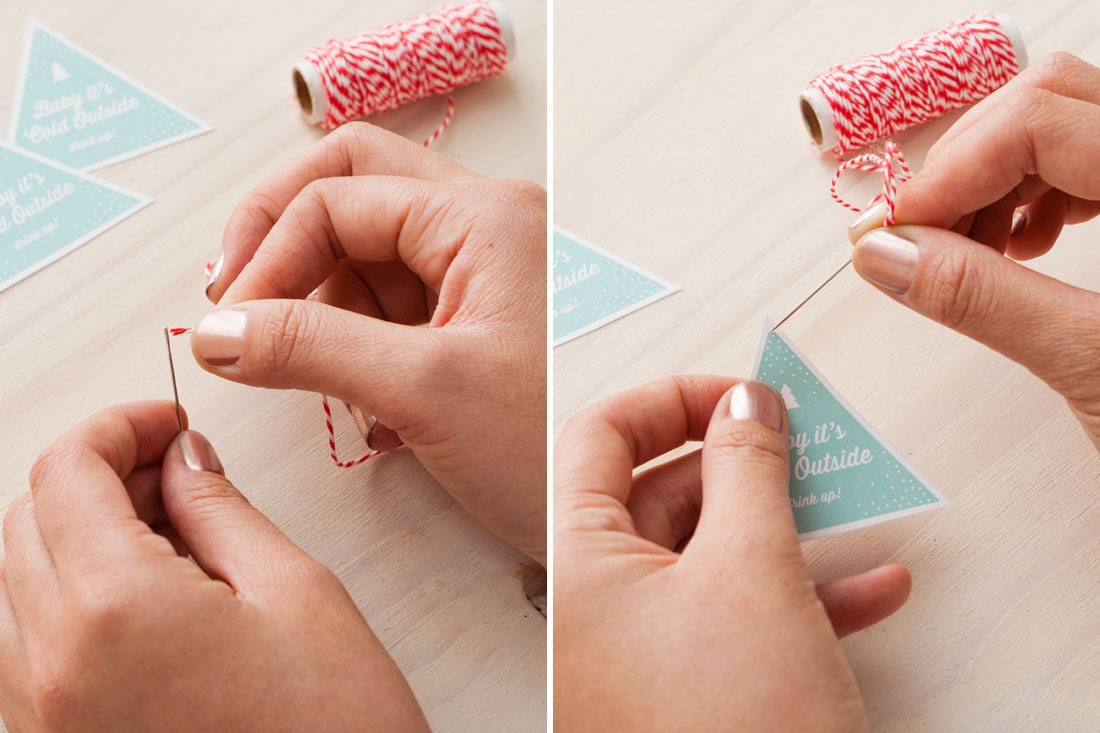 Once your tag is strung, wrap the twine twice around the neck of the mason jar. Tie the twine to secure it, making sure to snip off the ends with about four inches to spare. 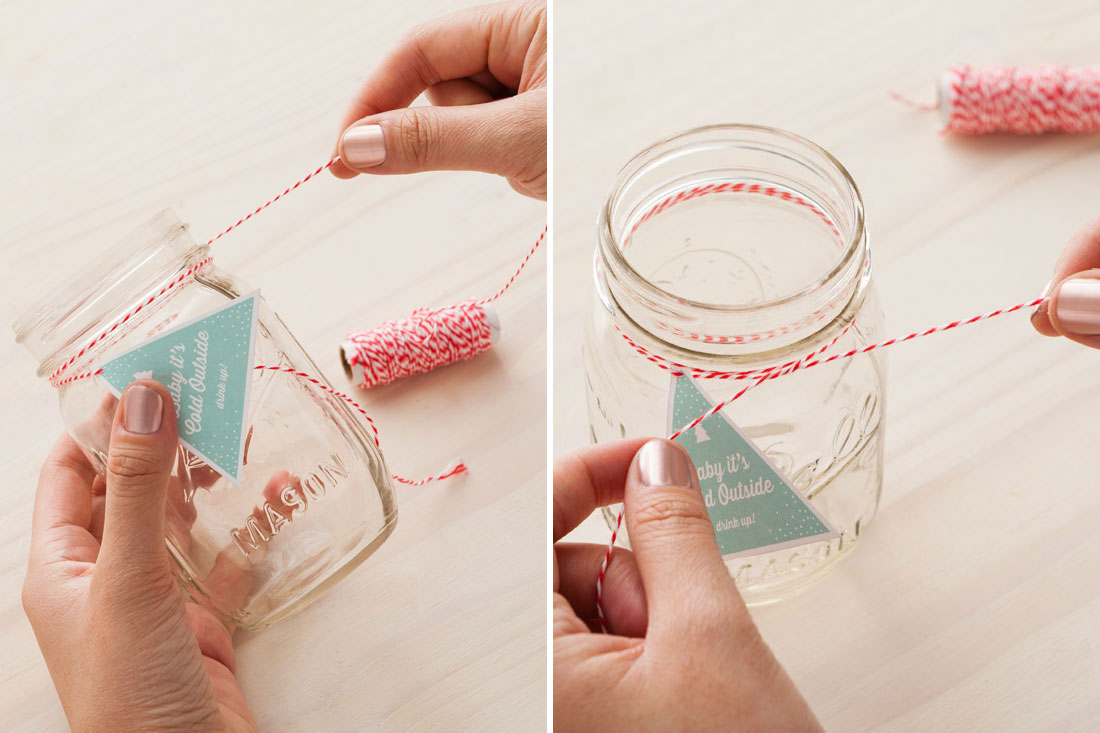 Tie the twine around the cinnamon stick and candy cane. Once they're secure, tie a bow with the twine and trim the ends. 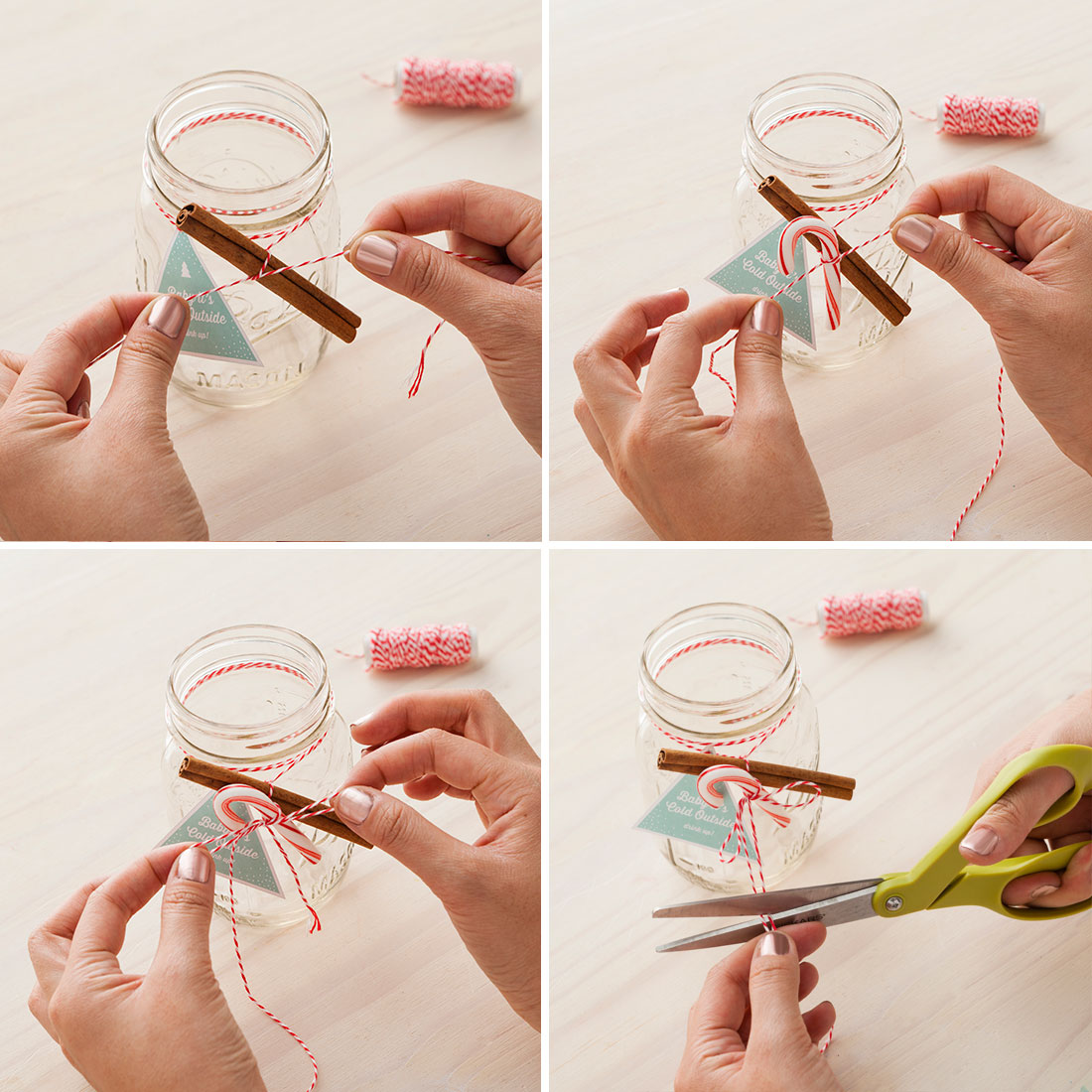 Now, load up your mason jar with a cider packet and mini bottles of both cinnamon and honey whiskey. 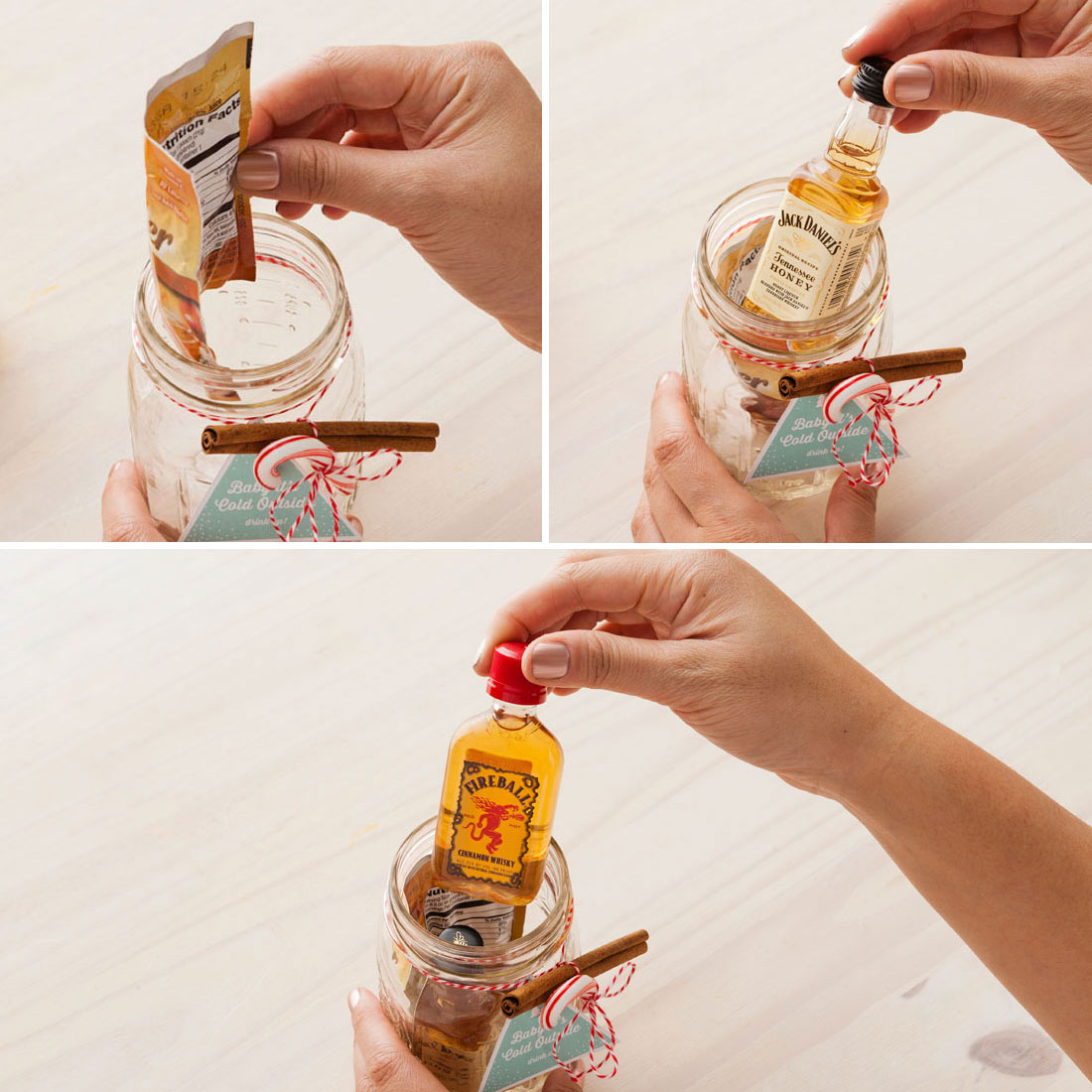 To make the cocktail, measure and pour one ounce of cinnamon whiskey and one of honey whiskey. 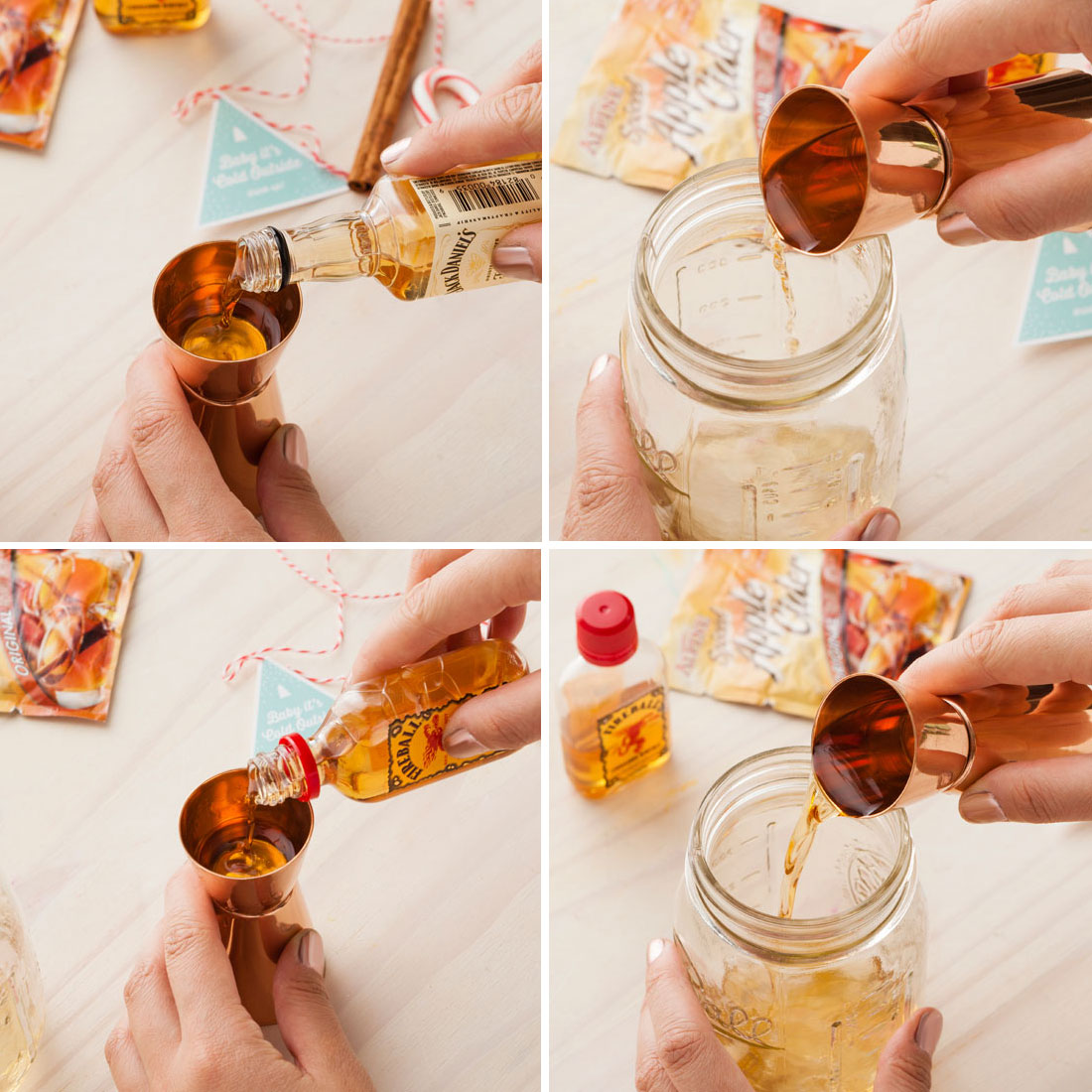 Add the apple cider packet into the mason jar. Then, fill it all the way up with hot water. 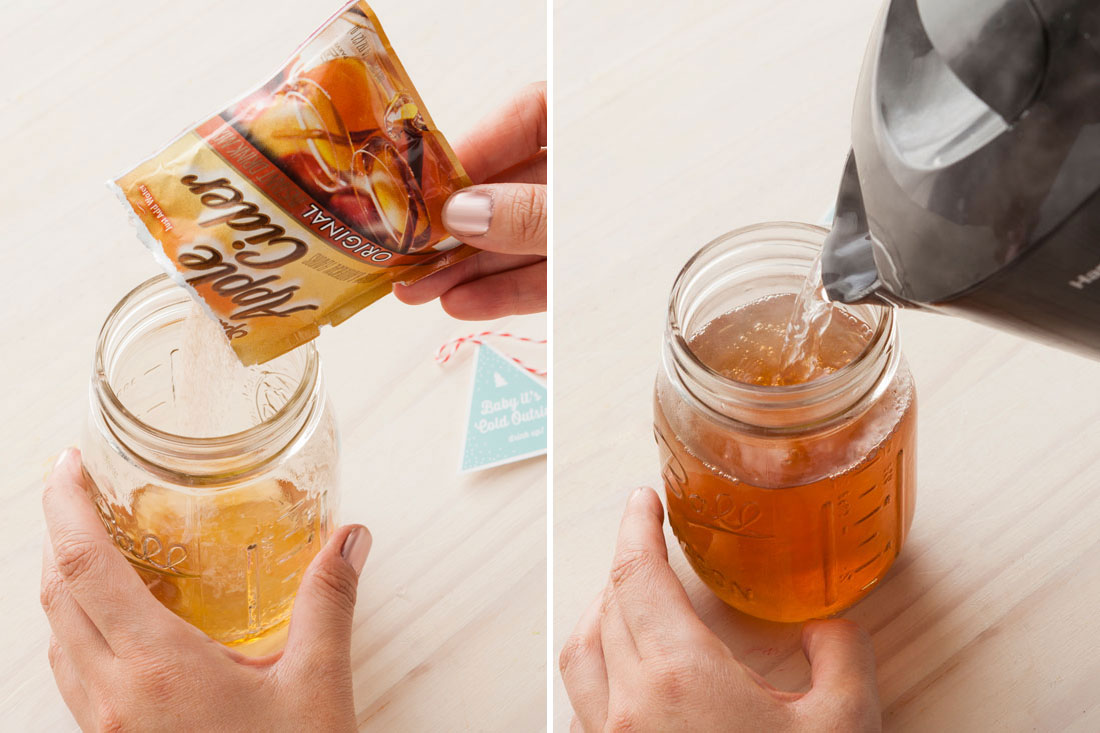 Finally, add the cinnamon stick to the drink. Garnish with a mini candy cane. 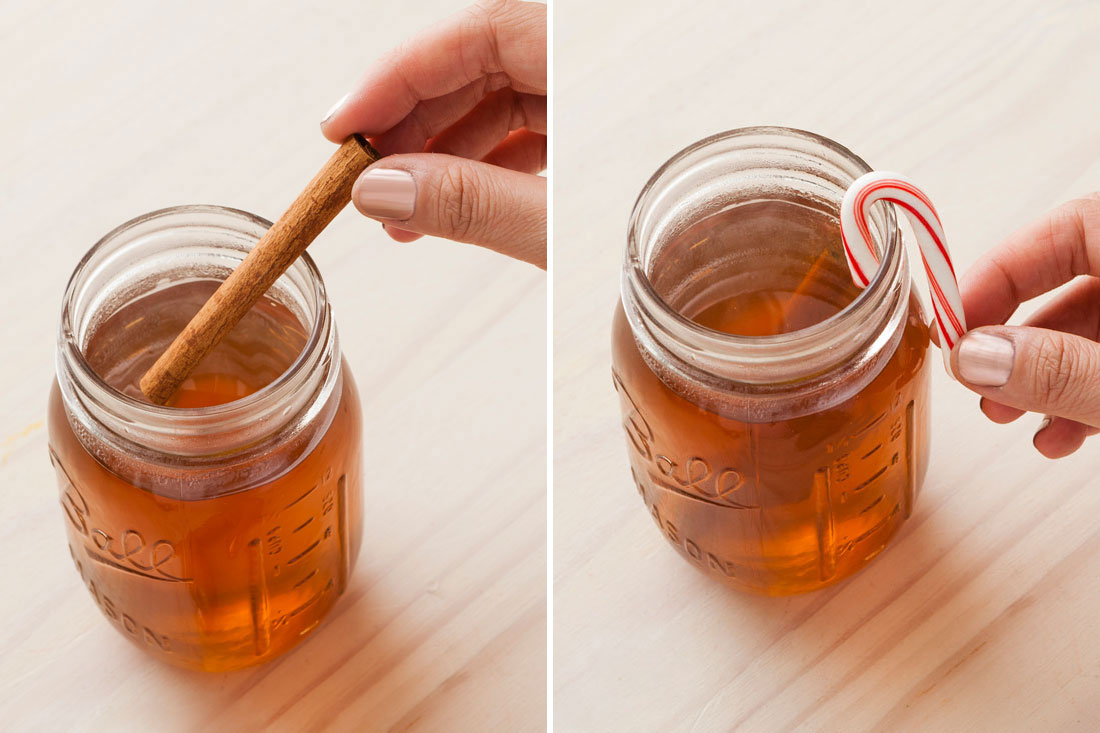 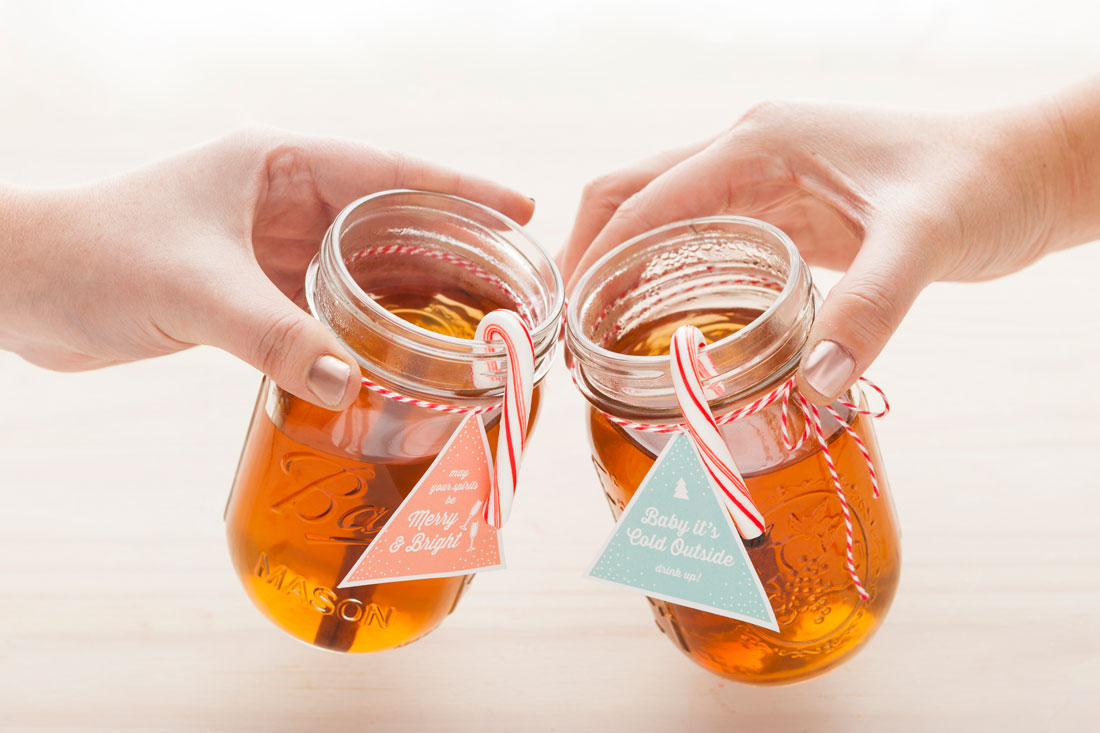