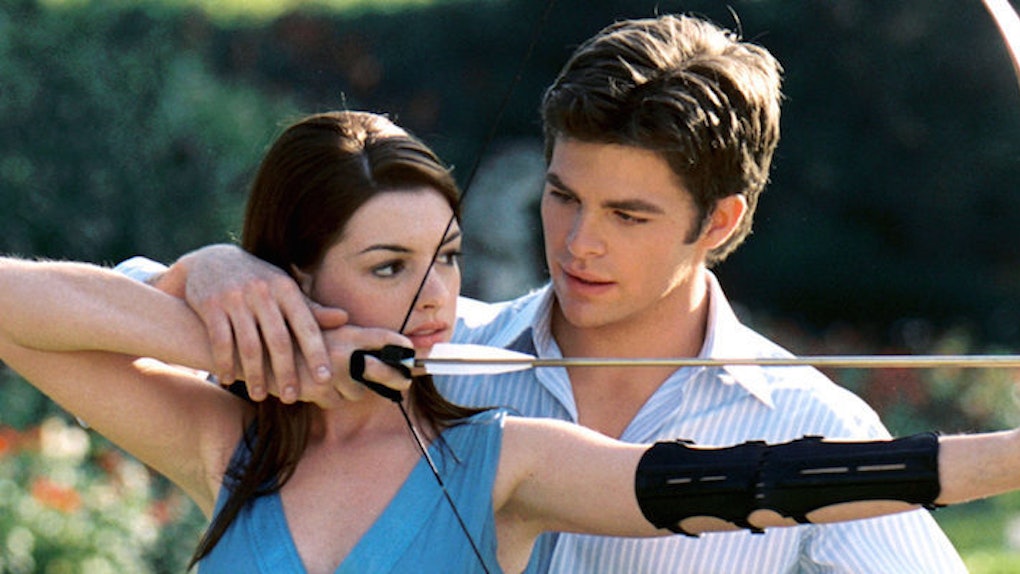 19 Ways Dating Prince Charming Would Be Totally Different In 2016

As a kid, I fantasized about one day meeting the perfect guy, my very own Prince Charming.

It's been close to a decade since I've watched a Disney movie, but the idea of getting swept off my feet by a total stud has stuck with me. I wouldn't even have to hunt him down, he'd just find me because of fate.

So, maybe it’s not the norm anymore for dudes to be living in castles. Instead of attending social events like fancy balls, we go to bars.

Today's average Joe won't run around the city to find the hookup who left her right shoe at his place.

Even though we don't live in a world where fairy godmothers actually exist, that doesn’t mean there's no real Prince Charming. He could be the guy who picked your glove out of a slush pile or held your hair as you puked in the unisex bathroom of a bar.

If you come across 2016's Prince Charming, you'll know.

1. He'd be on Tinder, but his brief profile is equal parts funny and mysterious. It includes his current job (pretty impressive, but he’s not braggy about it) and a couple of his niche interests. He’d make a joke about being a sucker for something semi-embarrassing, like astrology.

2. In photos, he's posing with his puppy and doing something outdoorsy. It's not an LL Bean catalog, it's his life.

3. There are no gym or mirror selfies to be found. Not a single damn one.

4. The modern day Prince always texts you back within the first 20 minutes of receiving one from you. He’s okay with phone calls, too.

5. Most importantly, his “read” receipts aren’t on. Whew.

6. This Prince holds witty conversation, showing you he’s interested without seeming too thirsty.

10. Modern Prince Charming remembers you mentioning your love of lavender. For no damn reason, he picks you up a lavender-scented body lotion.

11. Instead of ordering showy flowers to your desk at work, he sends his Seamless login so you can order yourself lunch on him. Talk about making co-workers jealous.

12. If you got stranded in the rain with only 15 percent battery on your cell, he’d probably treat you to an Uber ride. We all have those awkward damsel-in-distress moments.

13. When it comes to sex, modern day Prince Charming makes sure you orgasm before he does. He communicates, asking if what he’s doing feels good.

14. He doesn't complain about "The Bachelor," and even shares his HBO GO password without being weird about it.

15. He could probably make choosing a movie to watch on Netflix the most magical moment ever, especially because he has no shame. His favorite flicks are some of your guilty pleasures.

16. He’s up for anything, even if the new restaurant you pick is out of the way and has strangely mixed Yelp reviews.

17. On girls' night, he surprise Venmos you enough cash for a drink on him.

18. He's well aware the biggest turn on is letting you do your thing. Prince Charming isn't possessive, because he knows you're coming home with him. Princes are suave as f*ck, by nature.

19. Imagine what Cinderella, Rapunzel and the rest could have achieved with a modern day Prince on their arms. A girl can dream, right?