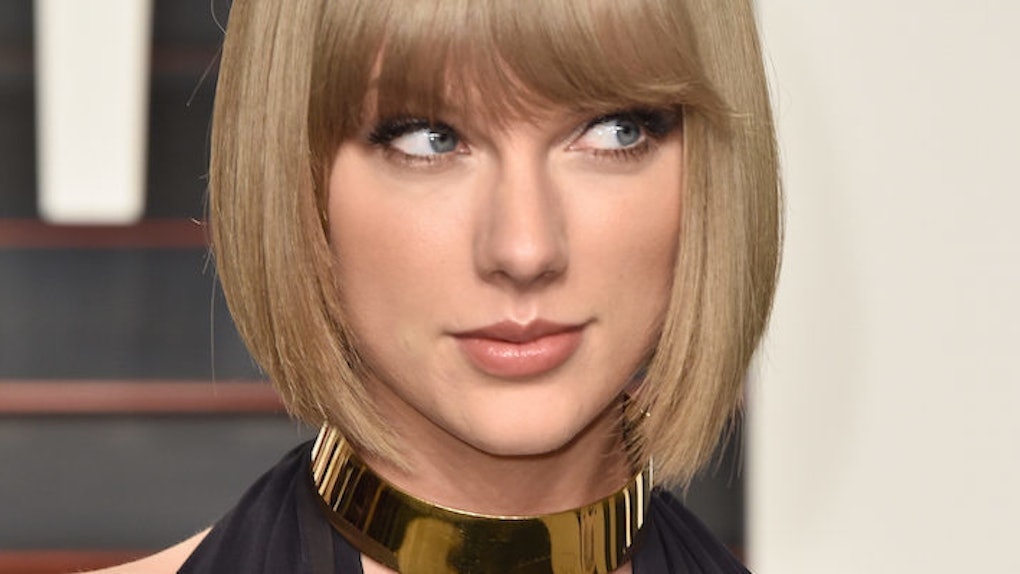 Finding out you have to be in a bathing suit in a week's time is a rude awakening.

My friend and I decided to have our own version of March Madness by planning weekend trips and music festivals for every weekend of the month. Our first stop? A girls' trip to Florida to attend the Okeechobee Music Festival.

While some girls panic about their bikini lines, gnarly feet that haven't seen a pedicure tub since last September or those stubborn five pounds, I obsessed over something entirely different: my legs.

My legs are not in terrible shape, I just don't pay much attention to them. Sure, I moisturize and try to be careful when shaving, but that's really it. However, seeing as my legs are a part of my body I'm all about showing off come spring, I really should invest more time on these bad boys.

A week before I would hop on a plane to West Palm Beach, I inspected my gams. Not only were they in dire need of a good wax, but also they just seemed lackluster. They were the legs of a vampire who spent a little too long chilling in her coffin.

When I reached out to the Lorenc Plastic Surgery Practice about making my legs look a little less corpse-like, they recommended a thigh facial — a "thacial," if you will — to help remove all the dead skin and reveal glowy, pretty skin.

Through a chemical peel, they promised to get my legs bikini-ready in under an hour without any harsh scrubbing. I was so down. I've always wanted legs like Taylor Swift.

With two days to go until I'd wear shorts for the first time in 2016, I hung out in the waiting room of the Park Avenue spa, filling out a form that asked me to rate my vaginal tightness and sex drive. Guess I'm not the target demographic here.

My esthetician, Gigi, immediately made me feel at ease. She was a warm woman who spoke in a British accent and shared the same enthusiasm I do for both rescue pets (the more, the merrier) and shaving my legs (if it's the winter, no, thank you).

Speaking of which, I'm kind of glad I shaved my legs a few days before the procedure — I had to take off my pants, socks and shoes prior to hopping on the exam room table. I was clad in nothing but a fuzzy wrap towel from the waist down.

Gigi instructed me to lie face-down, legs slightly apart. She then walked me through the procedure, a chemical peel applied from my butt down to my ankles.

I could choose between three levels of peel: a mild abrasion, an intermediate and, finally, a deep peel. Gigi suggested the third, explaining that, unless I had extra-sensitive skin, the most extreme version would be best for my legs. I agreed -- hey, it can't possibly hurt more than getting a tattoo.

First, she prepped my skin with alcohol to help the peel adhere to my skin better. After the rub-down, Gigi used a small, fan-like brush to coat my legs with the peel. Smells don't usually bother me, but this particular mixture of medicinal and citrus made me a bit sick.

Within a few minutes, the peel started to tingle in a way that felt like I was covered in Pop Rocks from the waist down. It's a great visual when you haven't eaten lunch yet. After waiting a few minutes for the peel to dry, I flipped over as it was applied using the same brush to the front.

“They're a little yellow now,” Gigi said as she finished basting me like a turkey, prompting me to sit up and stare at my now very bright, yellow legs.

Gigi told me my legs would stay that shade until I rinsed off the peel. Twenty-four hours was ideal, and I could help speed the process along by peeling any stray pieces that appeared to be flaking off.

As I was getting ready to climb back into my jeans, stickier and smellier than before, Gigi delivered the kicker:

“Make sure you don't expose them to the sun for about 10 days."

Saying that to someone hopping on a plane to f*cking Florida is like saying I can't eat chocolate during my period -- it's cruel and unusual punishment.

She explained it all had to do with the strength of the peel. I used the strongest, penetrating extra-deep into my skin. This process left my “new” skin way more vulnerable to the sun's rays. Sun exposure is not only dangerous, but it can also cause pigmentation issues. Guess I'll have to wait for summer to show these babies off.

While I don't know if I have Taylor-worthy legs just yet, they're certainly worth hers. The peel is priced at $200 per area, which means both my thighs and calves would run a total of $400.

If that price is giving you anxiety, calm down. Gigi recommends no more than two of the treatments a year. With the amount of money you annually spend on scrubs and moisturizers to keep your gams looking fab, the price doesn't seem all too terrible.

Plus, if I can get Calvin Harris with these thighs, it's all worth it in the end, right?