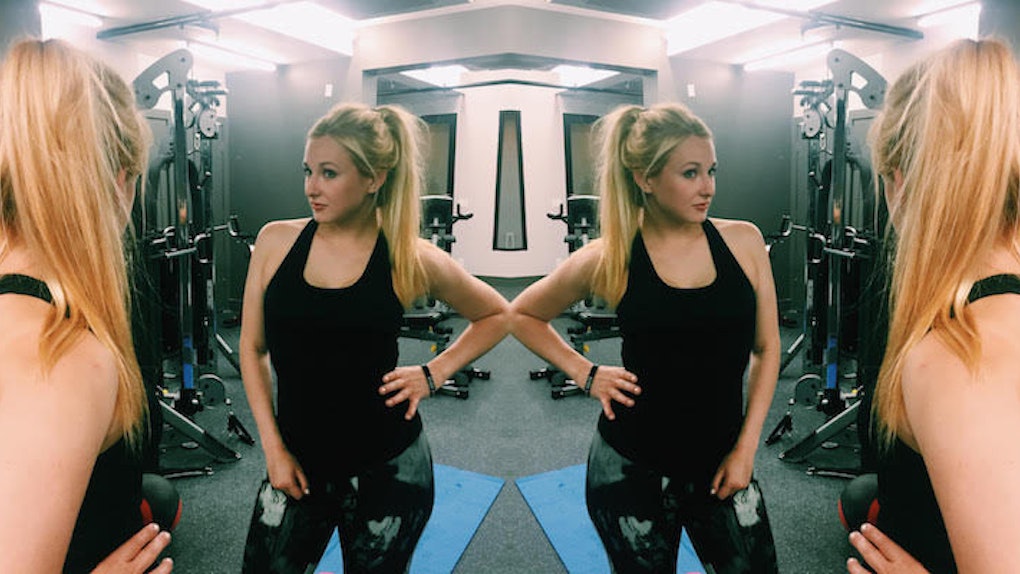 Burn Calories, Not Hard-Earned Cash With These 7 Work-Out Gear Swaps

Fitness takes dedication, perseverance and a swipe of your credit card.

Getting in shape isn't just about swapping pasta for quinoa and skipping an occasional happy hour. There's a gym membership to pay for, as well as yoga mats, workout clothing, and a gym bag.

While the pounds fall away, it often seems as if your dollars are doing the same thing.

But the hole ripped in your leggings during this month's squat challenge doesn't coincide with your paycheck, and splurging on luxury workout goods isn't doable. If it's a particular style or pattern you're after, though, there's usually a way to swap expensive purchases for something that's nicer to your wallet.

After all, every woman should have the right to Michelle Obama-style arms and Jessica Alba's abs while still treating herself to dinner with friends.

You saved enough cash for: Thursday night margaritas with your favorite coworkers.

You saved enough cash for: A ticket to see the band you can't stop playing on repeat.

Splurge: Sweaty Betty Sweat It Out Bra in Sunset Ombre, $65

You saved enough cash for: Fresh art to hang on your bedroom wall.

The Yoga Tank With Sheer Details

Deal: Fabletics Sol Tank in White/Black, $20 (with a discount)

You saved enough cash for: A blowout in a professional salon.

You saved enough cash for: One fitness session with a personal trainer.

You saved enough cash for: A cherry red gel manicure.