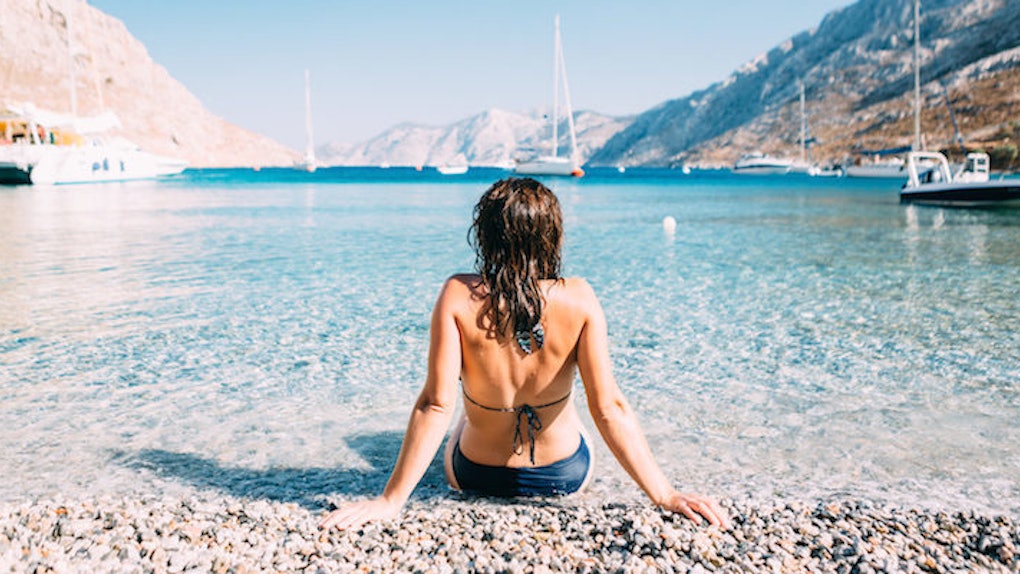 6 Amazing Destinations That Are Perfect For Women Traveling Alone

As I write this, I'm dangerously in the throes of wanderlust.

I say “dangerously,” because it's the first of the month tomorrow and my rent is due within 24 hours. The only kind of travel I can afford is on Pinterest boards and in magazines.

Yet, I'm dying to travel. I live for long flights, meeting new people and trying as much new food as I can shovel into my mouth. I'm also all about doing it alone.

Adventuring alone, especially as a woman, gets a bad rap. Don't get me wrong, there are certain parts in the world I wouldn't recommend traveling to solo, regardless of your gender. However, the amount of negative media surrounding solo female travelers is enough to put me off leaving town ever again.

According to the first "Taken" movie, every cute guy with an accent is out to get us, right? Not quite. In fact, there are tons of places in the world that are safe for solo ladies.

Going on an adventure with just your own two feet to keep you company is just as fun as going in a big group. Renew your passports, ladies, because it's time to book some flights.

If you want to party, head to Phuket, Thailand.

Hard partiers might tell you Ibiza is the place to go for a good time. Unless you want Justin Bieber-level crowds, your best bet is a place that's just as known for its relaxation as it is for its party scene: Phuket.

Phuket is Thailand's largest island, home to five-star resorts, stunning beaches and, of course, an unrivaled party scene. Go bar-hopping with friends you make earlier in the day, or make new ones at one of the many clubs.

Also, don't forget to try the street food. Your life will change.

If you're looking to splash out, try Reykjavik, Iceland.

One of the scariest things about traveling alone is not being able to communicate with any of the locals. Plus, my awkward inner voice is terrified of insulting the locals because I'm not fluent in the native tongue. Iceland, thankfully, eases all those fears.

On top of being absolutely beautiful, most Icelandic residents speaks near-fluent English. If you're not much of a nightlife junkie, Reykjavik (and all of Iceland, really) boasts hundreds of day tours paying homage to the majestic landscape of the country.

The one caveat? Iceland is f*cking expensive. Your dining options range from “fancy as hell” to “three Michelin stars.” All those cool Nordic spa treatments will run you a pretty penny, too. What did you expect from the fourth most expensive country in the world?

If you're looking for an adventure, New Zealand is your best bet.

For ladies who want to create their own “Lord of the Rings” epic, New Zealand is the place to do it. The variety in landscape — from volcanoes, to beaches and hills — makes it easy for even the pickiest female backpacker to find her happy place.

No need to splurge on a five-star resort here. The country has tons of hostels, which are perfect for meeting fellow solo travelers. You also don't really need a car to get around, either. New Zealand is built for backpackers and even has devoted bus routes for the ultra-adventurous.

The only problem? Getting there. If you're traveling from the US, it's whole day's worth of flying.

If you're craving yoga time, hop a flight to Costa Rica.

If you're uninspired by your local studio and want your sun salutation to actually have the sun as a backdrop, drop by Costa Rica.

This tropical paradise has a great mix of activities, regardless of what you're in the mood for. Head to the beach, the jungle or the bustling city life of San Jose.

Plus, Costa Rica is equipped for tourists (even the ones traveling solo). You're likely to meet other fellow yoga junkies at one of the many retreats in this Central American country, or other beach bums on their way to a bit of R&R.

If you want to find yourself, get your "eat, pray, love" on in Bali, Indonesia.

The best part about traveling to Bali isn't the beautiful temples, awesome beaches and more yoga than you know what to do with -- it's the inexpensiveness. For real, you can get a beer for less than two bucks, a bottle of wine for around $12 and an apartment for around $170 a month.

But, really, there's a reason virtually every girl getaway I plan mysteriously segues into a conversation about how much I want to go to Bali. It's full of young backpackers and there are plenty of resorts, if you want to go the expensive route.

Stockholm, Sweden is perfect if you're thirsty for style.

Ask any true fashionista, and she'll tell you Sweden has hands-down the best street style of any country. There's a reason so many models are from here: The country is filled with beautiful people and even prettier fashion.

Even if you're not much of a street style guru, Stockholm boasts stunning architecture, excellent food (ever tried gravlax?) and was named one of the top 5 happiest places on Earth in the World Happiness Report.

Additionally, most people here speak English, which makes befriending locals way easy. Like most of Scandinavia, it's one of the safest places in the world, so no need to always be looking over your shoulder.