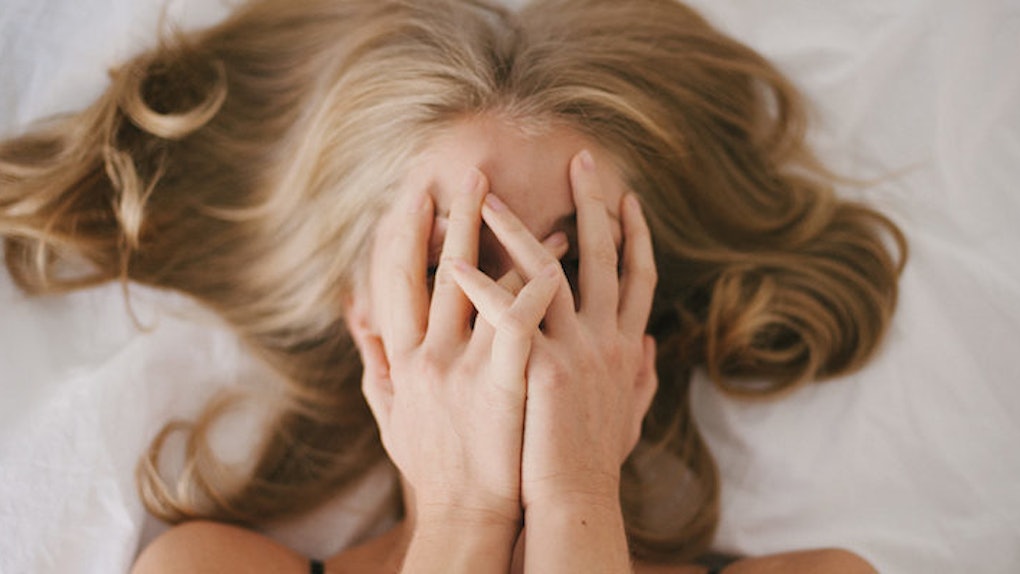 There’s an unfair stereotype about girls and periods. Yes, we crave chocolate and cheese fries and rom-coms, but those things are all wonderful, okay?

Sure, we might get some flack for it ("period brain," "Babe, is it your time of month?") but for us, red week is the time to get away with doing stupid sh*t.

For example, watching and reciting every line of "The Notebook" to your dog. Or eating a pint of mint chocolate chip cookie dough with a shovel because it’s delicious and anyone that tells you otherwise is nothing but a troll.

There are, however, the things we should totally avoid during our periods. Anything to do with an ex, for starters. Calling up a booty call. Being left alone with your pantry.

These things may seem inevitable, but with a little self-control and early detection, they can be avoided. Grab some tissues and Chipotle, because these are all the things you need to stay the f*ck away from when you’re about to take a nosedive into the crimson wave.

You’ll never be able to talk yourself out of buying a 40 pound cheese puff-filled vat. On second thought, maybe that’s not the worst idea.

Are you crazy?! You're losing buckets of blood in between your legs, why would you want to straddle a bike seat?

Or coughing. Or making any involuntary movement at all that cause waves of blood to come rushing out between your thighs.

Don’t be like that chick in middle school with the telltale red crotch every month.

5. Going to the Apple Genius Bar.

So much emotion. So many geeky guys making you painfully wait over an hour to ask one measly question about headphones.

You have enough of it leaking out from your coochie already.

Are you a masochist? Why would you rip both your insides and outsides out?

All that love. All that happiness. Not for you.

10. Going to a pet adoption agency.

Hint: You will adopt a pet. Yes, it will love you forever. No, that doesn’t make it a good idea.

11. Breaking out the bandage skirt.

You’re setting yourself up for failure. Anything that presses that tightly on your belly is disastrous.

12. Bingeing on every Nicholas Sparks movie ever made.

Your (pretend) boyfriend will never be Noah. It’s going to make you sad. Don’t do it.

Sure, you might feel like you can’t live your life with the extra belly bloat, but all this will lead to is tears and eventual yelling at the poor supermarket employee about how they had the guts to run out of Ben & Jerry’s Cherry Garcia.

In fact, why do you still have his number? Delete it! Delete it now!

If you just want to get laid — go ahead. If it’s because you ended up texting your ex and now need a replacement f*ck — don’t. Throw your phone in the toilet or something.

Your life is sad enough as is. Hearing about all the other sh*t going on in the world won’t exactly cheer you up.

Yes, they are delicious. Yes, you (and your skinny jeans) will regret it when you're knee deep in three different frozen chocolate desserts.

Science: Periods make you poop more. Do you really need to cleanse your intestines right now? Do you?

19. Spending all day in your room.

Don’t be a friendless hermit. Sunshine will do you good.

20. Deciding that now is the perfect time for a crop top.

Girl, I’m sure you look good, but you’re probably bloated AF and will 100 percent regret the selfies you took later.

Mattresses and periods are about as compatible as Dina Lohan and motherhood.

They are tender, tender souls that need to be fondled. Touch them like you would selecting a ripe peach from the bin.

We hope you are wearing your period panties, and that's all we have to say about that.

At least for today, you'll never be as svelte and carefree and happy as you were then. Put down the laptop.