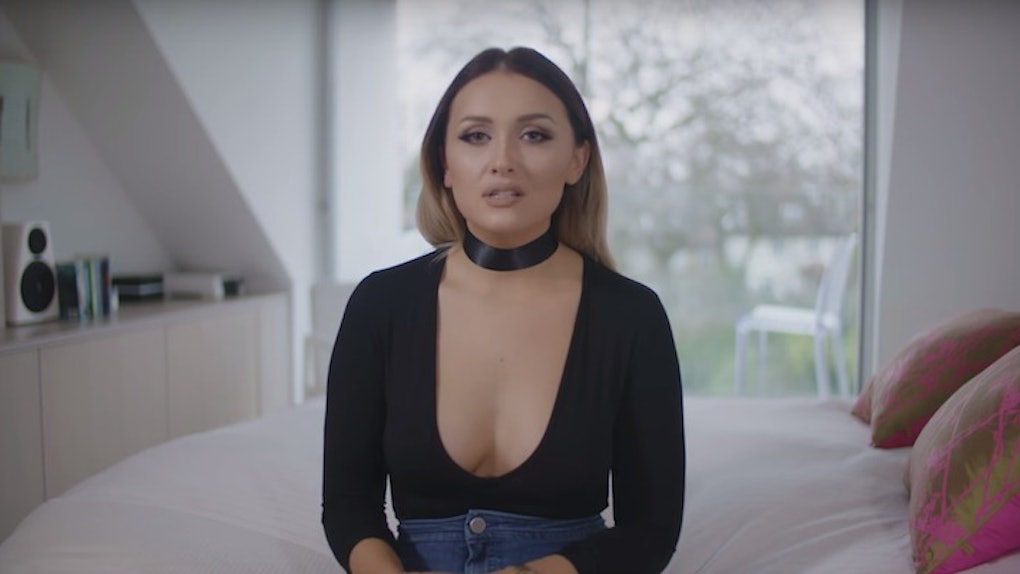 Like many girls, I've thought about how different my life would be if I had bigger boobs.

As my weight fluctuated (and eventually evened out) in the last two years, I finally began to own and love the body I have. I began to actually like my cup size and stopped looking at photos of Kim Kardashian and busty models, wondering why I didn't have that. There's a weird bliss to discovering you don't actually hate your body.

It took a long time to get to a level of contentment, though, and it certainly doesn't help when we're bombarded by ads about butt lifts and breast implants (looking at you, the guys behind those melon ads on New York City subways).

In a UK ad from Transform cosmetic surgery clinic, fashion blogger Sarah Ashcroft (best known as That Pommie Girl) claimed her breast implants restored her confidence. Ashcroft, 21, said she “never looked at any part of her body past [her] neck because it wasn't something that [she] liked” until she got her boob job.

After the advertisement ran, however, it was banned when a viewer complained it might "exploit young women's insecurities and would be harmful to under 18s." The ad was deemed "likely to cause harm to teenagers" as it implied that having a breast enlargement meant more success and popularity.

In a statement released by Transform, the company's marketing director, Steven Taylor, claimed:

There is no inference in the advert that her [Sarah's] popularity is linked to her breast size. Rightly or wrongly, cosmetic surgery polarises opinion and we acknowledge there will always be parts of society who will object to it.

Yeah, OK. I've got nothing against buying yourself a larger set of boobs, but let's not pretend cosmetic surgery clinics don't glamorize their product. Why else choose a Kylie Jenner-esque fashion blogger to talk about her own journey?

Citations: This cosmetic surgery ad has been banned for suggesting bigger boobs are the way to success (Metro)