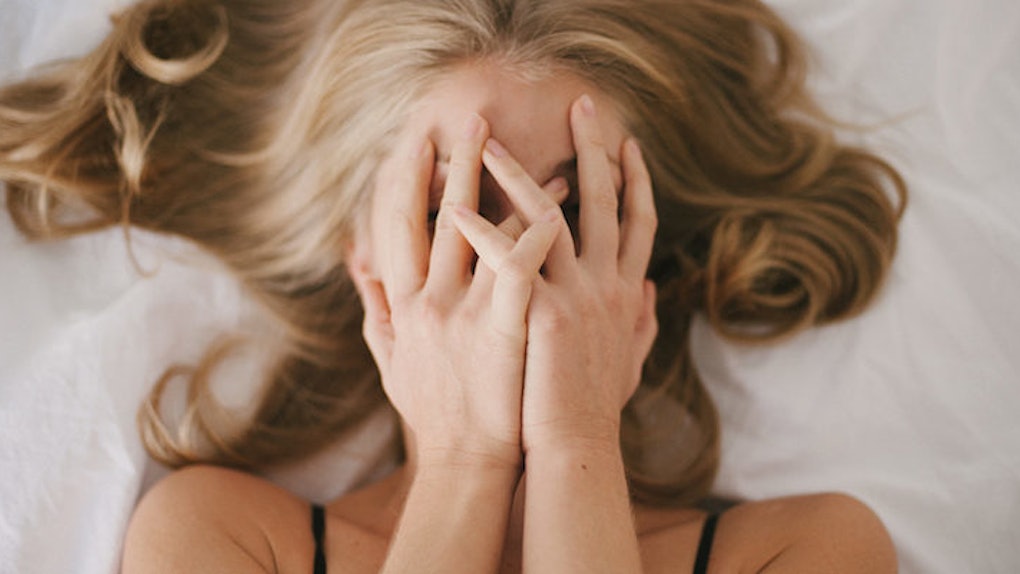 While I can proudly say at the ripe age of 29 a crazy night out drinking is a rare occurrence, I remember noticing something odd when I first started getting completely wasted in college.

I woke up really f*cking early.

If I remember correctly, here's how a night typically started: I would pregame with my roommates and take roughly five shots of Captain Morgan.

Looking back, I find this completely disgusting. What was I doing drinking rum? Or taking shots? And FIVE? Really?

OK, let's get back to the point. I think I usually took some kind of bus to a house party or bar (once I was of age), where I would proceed to drink beer, vodka, sh*tty tequila... the list goes on.

I normally passed out around 2 or 3 am, depending on whether or not I was hunting down some kind of drunk food.

Unlike other nights, sleep came easily. I was asleep the moment my head hit the pillow, if not before.

This was awesome until I woke up four hours later with a bad headache and a complete inability to sleep.

If you find yourself waking up shockingly early after a late, crazy night, listen up.

Alcohol makes you think you're getting more sleep than you actually are.

I have a really f*cking hard time sleeping. It's an unusual night if I drift off within 10 minutes of lying down. So when I first started drinking, I thought it was amazing I was able to fall asleep so easily.

As Dr. Aaron White, a senior scientific advisor to the director of the National Institute on Alcohol Abuse and Alcoholism, explained to Buzzfeed,

Alcohol tricks you into thinking you're sleeping better because you pass out a little faster but it's actually very disrupting and prevents you from getting a restful, deep sleep.

Have you ever noticed you also seem to have a weird amount of energy in those early-morning moments? Yep, your body is just really confused -- it thinks it got this amazing night of sleep when really it's in hangover mode.

That sweet REM sleep is getting in the way.

Do you know what REM sleep is? If not, I'll educate you.

REM stands for Rapid Eye Movement, and it's the stage of sleep when dreaming occurs.

You know when you suddenly wake up from a nightmare? You were in REM sleep, which is much easier to wake up from than a super deep sleep.

As the alcohol wears off, our bodies enter REM sleep, so it's way easier to wake up.

Although your mind may know you need more sleep based on what time it is and how exhausted and gross you feel, your body may not be quite as down for a few more hours.

In fact, your sympathetic nervous system is actually pushing you to wake up, according to Men's Health.

So, what's the solution to getting more shut-eye after a night of drinking?

I hate to break it to you, but it's most likely drinking less. And if you don't want to do that, at least you'll probably sleep really well the next night!