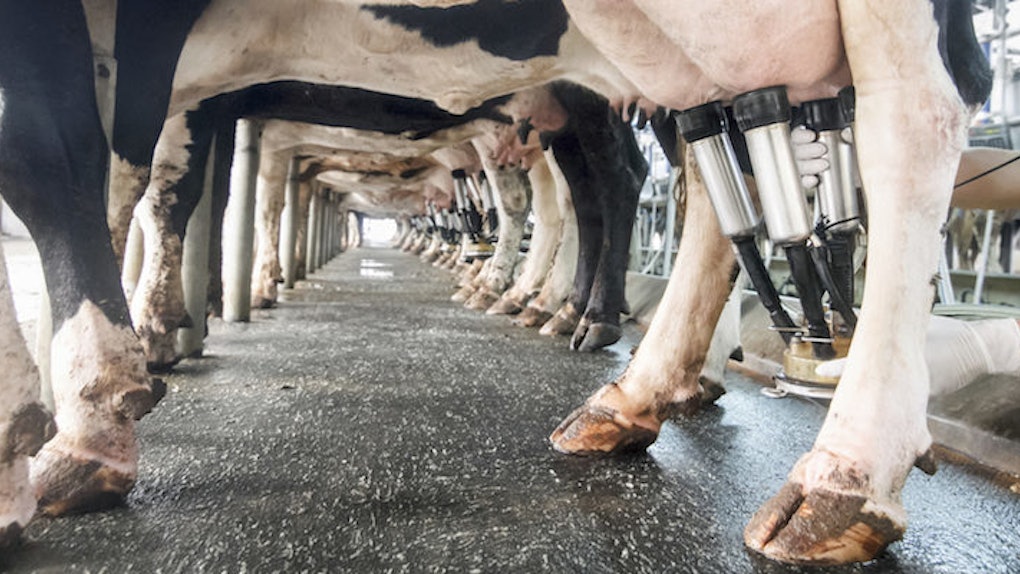 The term "organic" usually has one of two meanings for you. It's either absolute bullsh*t or a diet game changer. Most of us in our 20s probably grew up in households that never even mentioned this word.

It wasn't that organic foods didn't exist. It was just that the issue hadn't struck and shaken up our usual standard American diet of fast food and hot dogs. Our eyes were still closed.

I got my first dose of the organic life when a little, well-known book started rotating amongst my co-workers. It was about seven years ago that I first read "Skinny Bitch," and it changed my diet life from that moment on. "Skinny Bitch" gave descriptive, raw details about the food industry and the stuff I was actually eating. It consisted of the things some people prefer to stay blind to, but I needed to know what I was putting in my body.

After that, I continued to educate myself on why switching to an organic (and for me, now plant-based) diet is crucial to our health. I have watched too many relatives tackle unnecessary health conditions too early in life. It's not anyone's fault. It's all most people know.

But if you're reading this, that means that maybe -- just maybe -- you're willing to change some eating habits. Here are just three reasons to jump on the organic bandwagon and switch to a healthier (and happier) lifestyle:

The milk you're drinking is coming from a cow who was so mistreated in the factory farming process, her udders became infected. Dairy cows are artificially inseminated so that they can constantly produce milk, which is naturally only meant for their young.

Essentially, this means the cow is pregnant for most of her life. This, in effect, causes a painful bacterial infection called mastitis, which goes into your dairy products. The machines that latch on to pump their milk are also pumping that infection right into your cereal bowl, the frozen yogurt you splurge on and the cheese on your pizza. As if that wasn't bad enough, a high dairy intake has been linked to prostate cancer, ovarian cancer, acne, type-1 diabetes, MS and more.

"Pesticide" is a word we hear often in relation to eating organic. Basically, when fruits are grown, they're sprayed with pesticides in order to keep the bugs off.

OK, cool. But if the pesticides are killing bugs, what are they doing to us?

Research has shown that consumption of pesticides over time has been linked to several types of cancers, Alzheimer's, Parkinson's disease and depression. I'll take my strawberries sans bug spray, thanks.

3. You're consuming antibiotics (and who knows what else).

This is just the beginning of the laundry list of god-awful things that come out of factory farming. "Inhumane" is not a strong enough word to describe this process. But if that (for some reason) doesn't seem to bother you, remember that the substances these animals consume or contract go right into your body as well. Here are some facts to get you started:

I could go on for days about how f*cked up the factory farm industry is. The sad part is, 99 percent of our meat comes from these places. Animals raised on free-range farms live much healthier, more humane lives.

But if animal welfare doesn't necessarily strike a chord with you in terms of your eating choices, just know that what they eat is what you're putting in your body. Bottom line? This sh*t is unhealthy.

Choosing organic is a little bit pricier, yes. But in the long run, you're avoiding high medical bills and the cost of undoing years of unhealthy eating habits. Start small, and work your way up.

Before you know it, you'll be feeling better about the substances you're putting in your body. Changing your diet means changing your lifestyle. It's definitely hard to step out of your comfort zone, but the results will be so worth it.