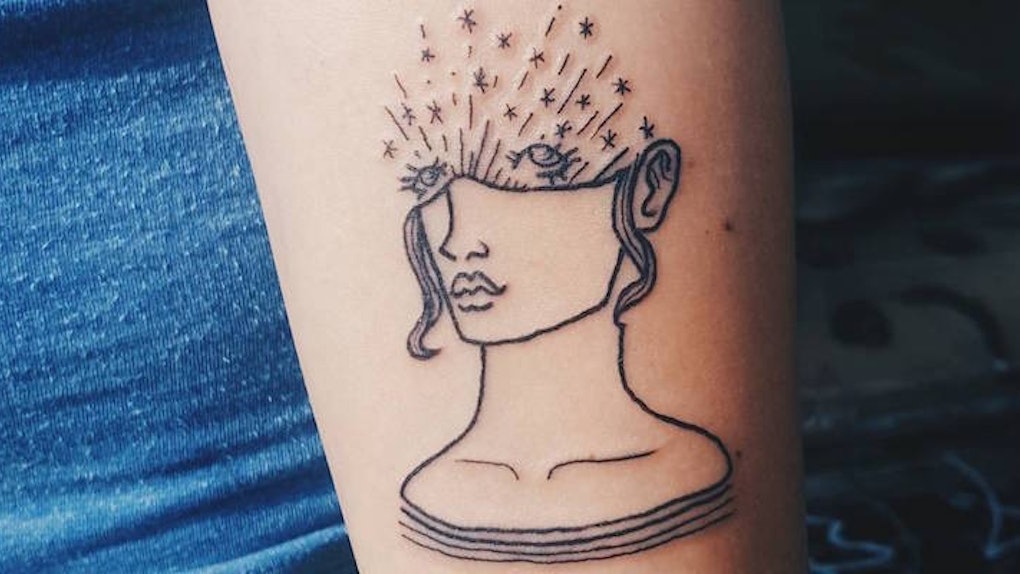 Powerful Tattoos Expose Symptoms of 'Invisible Illnesses' For All To See

Dealing with a chronic illness can be pretty tough. However, dealing with a sickness that no one else can see can be even harder.

There are lots of people who have invisible conditions and disabilities that have no outward symptoms. Since these people don't necessarily look sick, they often suffer in silence, and end up feeling isolated as a result of their hidden condition.

However, one group of artists is on a mission to end the struggle of finding support for invisible illnesses through a project called "Ink Visible."

Ink Visible aims to bring attention to chronic illnesses and hidden disabilities through the use of temporary tattoos.

Arianna Warner – who suffers from Reflex Sympathetic Dystrophy–  is the mastermind behind Ink Visible. The five artists involved in the project are Aubrey Hight, Kimber Teatro, Lindsay Carter, Tanya Magdalena and Trevor Ward.

The artists, who all have invisible illnesses, use their own experiences with these conditions to create temporary tattoos. These tattoos portray invisible symptoms as visible designs that others can identify with and easily comprehend.

Warner told Metro, "After working on a project that investigated my own experience of having an invisible disability, I wanted to provide a space for others to be able to share their experiences."

Apparently, Warner decided to use temporary tats to raise awareness for invisible illnesses because this method brings the experiences of the sufferers to light in a creative manner. This way, conversations stray from the "repetitious conversational cycle that people with disabilities typically encounter."

Since its inception, the members of Ink Visible have been sparking conversations about invisible illnesses all over the US by traveling to various cities, handing out free temporary tattoos and sharing their stories wherever they go.

By spreading their message through these unique temporary tattoos, the artists hope to end the silence that often surrounds illnesses and disabilities of this nature.

From my experience of having an invisible disability, it has been difficult at times for me to feel part of any community because I felt like no one understood what I was going through. When people tried to find out more about my disability, whether that be with good intentions or bad ones, invasive inappropriate questions were repeatedly asked in ways that belittled what sometimes seems like the largest consuming part of my life.

Ink Visible provides a space and structure for people to talk about their experience in a creative way. It allows each artist to talk about their invisible disability as much or as little as they choose, and however they feel most comfortable in doing so.

If you're looking to get in on the cause, you can also buy temporary tattoos from Ink Visible online. Each tattoo even comes with a bookmark that contains a story about the artists' personal experiences with invisible illnesses.

The Ink Visible project is certainly a win-win for all those involved. Hopefully, these inspiring temporary tattoos will put an end to the silent suffering that typically comes with these hidden illnesses.

Citations: These artists are using temporary tattoos to open up the conversation around invisible disabilities and illnesses (Metro UK)