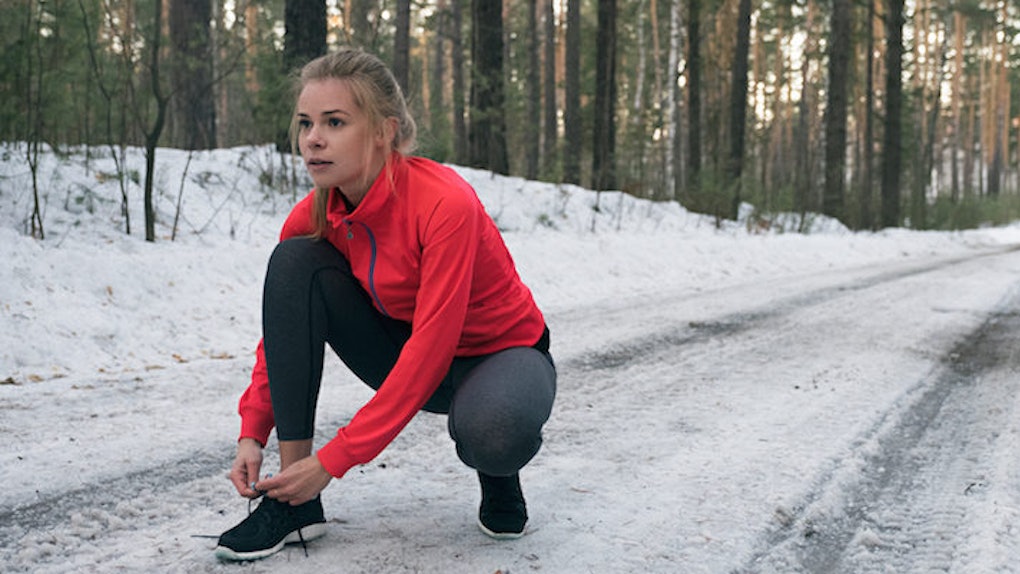 Fitness Motivation For The Winter Months

Let's face it. During the winter, we all would rather stay in our comfortable homes and in our cozy pajamas instead of going out for a run to burn some calories in the blistering cold.

It was easy before Daylight Saving Time ended.

The early mornings and evenings during the warmer months were refreshing, and there were a variety of things you could do outside to keep yourself in shape -- from hiking with friends to swimming to playing tennis.

But during the winter, those activities seem less appealing.

Obviously, if you live somewhere where it's balmy year-round, then you can quit reading here because this article isn't for you. It's for the less fortunate ones.

At least for me, staying motivated enough to workout during the treacherous winter months can be difficult, to say the least.

In fact, research even shows when people take a break from their exercise routines during the cold winter, they lose whatever they gained before.

If you don't want to become a couch potato, then read on for ways to keep yourself motivated for the next few months.

Keep the end goal in sight.

Working out for me isn't about looking a certain way. It's about feeling good about myself and achieving optimal health. But everyone has different reasons.

For you, it could be gaining muscle mass or dropping a few pounds. So the last thing you'd want to do is lose all the progress you made because of pure laziness.

Having a clear vision of the goal you want to hit or the look you're trying to achieve can keep you going no matter what the conditions are. Know what your goal looks like by using visualization.

Self-help gurus and yogis aren't the only one's talking about the benefits of visualization. In fact, studies show the athletes who create mental pictures of what they want to achieve are more motivated to perform their best.

Visualization can even reduce fear and anxiety.

Having the right amount of social support can get you off the couch and keep you accountable, too. You're less likely to avoid going for a run or a swim if it means leaving your friend hanging.

Even better, you can try joining a local sports league of your choice or a running group, which can also relieve the boredom of going solo.

So find other people motivated to stay healthy and fit like you. In fact, science actually indicates you are more likely to exercise regularly or exert self-control in general if you find like-minded people.

We humans are imitable creatures and we tend to mimic bad habits, so be cautious of the people you surround yourself with.

Finding the appropriate apparel for the cold is essential. Make sure you have the proper protection to cover your extremities in order to give you a more enjoyable workout.

But make sure not to over-dress either. You'll inevitably feel hot while working out, so dress in layers that can be easily removed -- certainly avoid a heavy coat or hat that can cause excessive sweating.

The layer closest to your body should be a thin synthetic material that hugs close to your skin. Next, go for an insulin layer to keep you warm, followed by something waterproof for your outer layer.