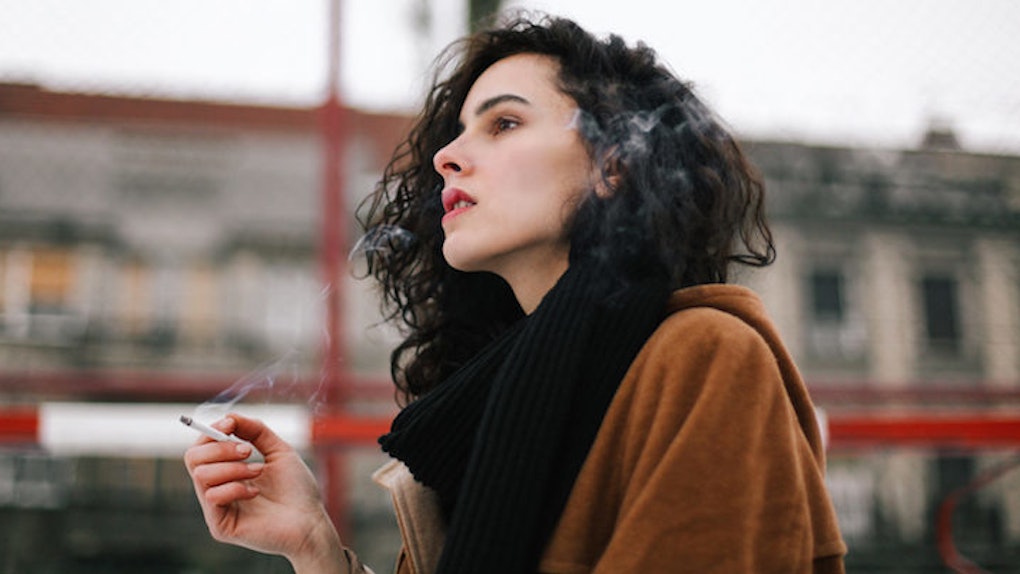 Some smokers think that aside from the stubborn smell of cigarette smoke that clings to their clothing, they are no different from anyone else. Actually, there are several telltale signs that someone is a smoker.

Here are seven of the many weird things smoking does to your body:

Smokers tend to have goth looks. If you look closely, smokers’ lips usually have a bluish-purple tint.

This is not by choice, but as a result of the nicotine and tar found in smoke. Other causes include the heat from cigarettes, lack of oxygen in the blood stream and the possibility of ruptured lip capillaries.

Ever noticed how smokers tend to have yellowish teeth and nails? It's not that they don't brush their teeth or clean their nails. When you light a cigarette and take a puff, the burned tar molecules get attached to the porous surfaces of the nails and teeth, resulting in a yellowish tint.

The teeth will get affected more easily, due to the immediate contact. Over time, this results in long-lasting teeth and nail stains. They are extremely difficult to get rid of.

Smokers tend to clear their throats pretty often, due to the chemical cocktail traveling down their windpipes and latching itself onto the soft tissue layers. This produces excessive phlegm, which serves as a reactionary step to prevent further damage to the respiratory system.

The same chemical byproducts also latch onto the vocal chords, causing them to swell constantly. As a result, smokers have a lower vocal range, and voices that are more susceptible to “cracking.”

This is especially evident amongst women. Smoking decreases female hormone levels, which increases the proportion of male hormones and the tendency of these women to have facial hair.

So don't be surprised if you notice that female smokers gradually look less feminine over time.

Smokers are also more likely to have acne spots (and bad skin in general). Besides the fact that it's addictive, nicotine is also a stimulant that speeds up the heart, raises blood pressure and constricts the arteries around the body.

At the same time, the carbon monoxide from tobacco smoke poisons the oxygen-carrying capacity of the blood, making the heart work harder to transport oxygen around the body. This weakened blood circulation increases the risk of breakouts.

Smoking leads to premature wrinkling of the face: more so than sun exposure. Smoking leads to changes in the elastic fibers found in the skin and the loss of collagen, which results in less facial elasticity.

Smoking also reduces bodily levels of Vitamin A and tends to dry out the skin, which accelerates the skin's aging process. Finally, the heat from the cigarette may seem harmless to an inveterate smoker, but it can directly burn the skin.

Smokers may also find that any wounds they develop tend to persist and take longer to heal. Smokers are more at risk for blood clot formation and wound infection, primarily due to the poor blood circulation in their bodies.

Smoking leads to slower and reduced production of collagen. It also delays the growth of new blood cells, and can lead to vasoconstriction because less oxygen reaches skin cells. As a result, smokers tend to take much longer to recover from injuries than those who do not smoke.

For those for you who have neighbors or apartment mates who smoke, you should unfortunately know that the effects from exposure to secondhand smoke can be just as bad. One way to deal with this is to get an air purifier with a high CADR (clean air delivery rate) for the smoke.