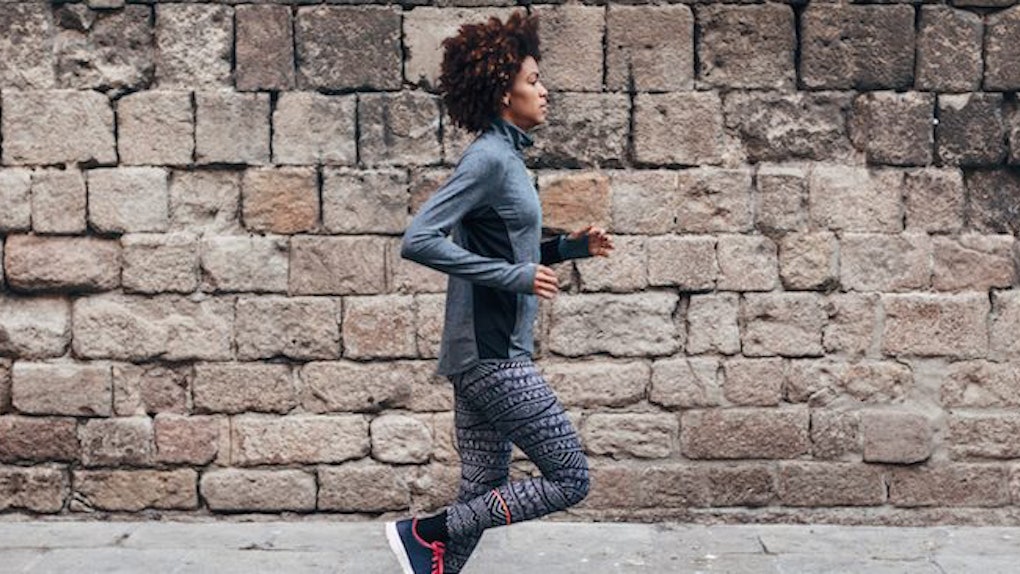 How Much Should I Run Per Day? New Study Says Running For Just One Minute Every Day Can Do Wonders For Your Health

Running sucks -- can I get an amen on that?

As tedious as it is, though, there's no denying how good running really is for your body.

Still, I'm not sure I'll ever be the kind of person who swoons at the thought of a nice, long, cardio-infused sweat sesh.

If you're like me, and pounding the pavement for extended periods just isn't your thing, there may just be a short, sweet solution to our mutual problem.

Recent research shows a single minute of running each day is linked to better bone health in women.

Now that's something I might actually be able to get down with.

The researchers looked at data on more than 2,500 women, measuring their activity levels using fitness monitors and recording bone health with ultrasound scans.

Their results demonstrated better bone health (4 percent, to be exact) among women who engaged in just one to two minutes of high-intensity, weight-bearing exercise.

Furthermore, they found 6 percent better bone health among those who did more than two minutes a day (ugh, overachievers amirite?).

Seriously though, bone health is actually a lot more important than you may think.

According to the American College of Sports Medicine, stress fractures comprise between 0.7 and 15.6 percent of all athletic injuries in women.

There's nothing humerus about that (alright, I need to stop making dad jokes).

And all the benefits of good bone health are undeniable: From reduced risk of osteoporosis (in which bone breaks can occur from something as small as a sneeze) to decreasing fractures as you age, you're not going to want to skip out on those one to two minutes a day.

If you're looking to start incorporating some of this light exercise into your lifestyle to maintain bone health, scientists on the study recommend including walking into your daily routine as a solid first step.

After that, they suggest adding a few running steps to the walk here and there, like you're running to catch a bus.

Or like you're late to happy hour, because #priorities.

So, breathe a sigh of relief, because no one's asking you to take on a triathlon or suddenly become a 5k fanatic (does anyone actually refer to themselves this way?).

It is only a minute, after all.