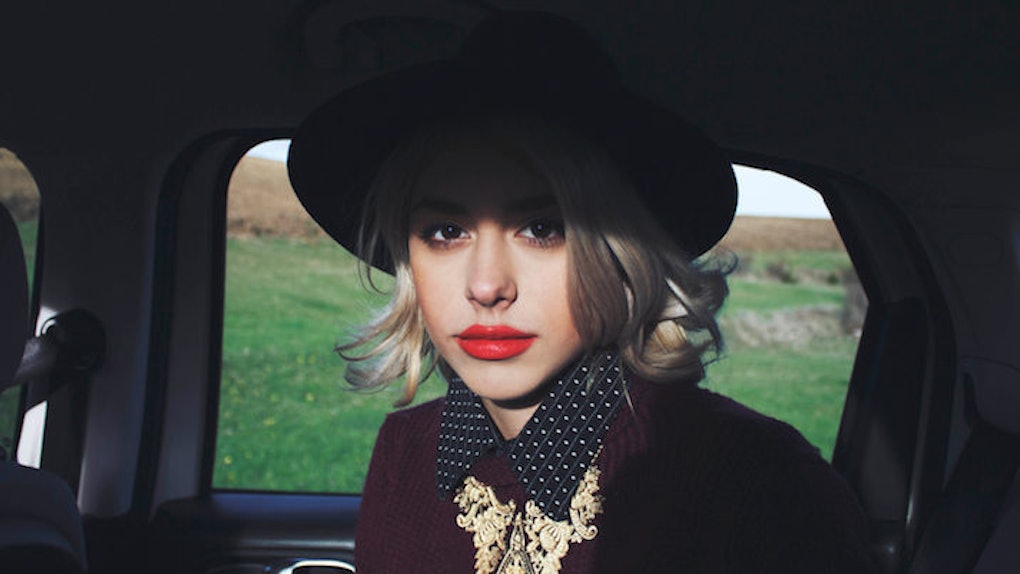 Waking up on the wrong side of the bed is pretty much the worst thing ever.

You're having a perfectly fine week, then one morning you wake up and you're pissed.

You don't want to go to work, you glare at the super nice guy who hands you your morning coffee -- by the way, how could you?! He's providing you with caffeine!

Everything your coworkers, friends, boyfriend and mom have to say sends you into a rage spiral.

Yep, you're in a bad mood. And truth be told, you're kind of being a bitch to everyone around you.

But you can't really explain why.

So, what's going on? Here are some ideas.

You didn't get enough sleep.

We've said it before: Sleep is really freaking important.

It restores the brain, keeps your immune system stable and helps you maintain a healthy weight and live longer.

Oh, and getting enough of it (at least seven hours a night) does wonders for your mood.

Sleep-deprived people are more likely to suffer from anxiety and depression, which may be because we emotionally process during REM sleep (the deep state of sleep when we're dreaming).

So if you're having one of those "I woke up on the wrong side of the bed" days, get in bed an hour earlier tonight.

When you go too long without food, your glucose levels drop and suddenly everything feels impossible.

You can't concentrate, you make mistakes and your body goes into survival mode making it hard for you behave in a "socially acceptable way."

In other words, not eating enough makes you angry. So make sure that doesn't happen. Especially breakfast -- get those glucose levels up within the first few hours of waking up!

Have you ever noticed your bad moods are more likely to creep up during the week than on the weekends?

That's because we're focusing really hard on one specific thing -- work, school, etc -- and it depletes our willpower.

So, for example, if you've had a long day at work and your boyfriend or girlfriend tells you he or she is going to be a few minutes late for the romantic dinner you planned, you're more likely to fly off the handle.

Especially if your glucose levels are low and you were looking forward to being a little less hangry.

The food you're eating isn't making you happy.

That donut you scarfed down on your way to work made you happy, right?

And you probably think the post-lunch cookie you ate that was approximately the size of your face made you really happy.

Trust us -- we believe you when you tell us it tasted it good. But the truth is, eating foods high in calories and sugar and low in nutritional value are probably making you really unhappy.

Initially, you get a happy spike from all the sugar, but that spike will lead to a crash that will leave you exhausted and grumpy within half an hour.

So if you're really acting like a bitch today, think about what you've been eating and try to make smarter choices.

Go for foods known as "happiness" boosters and that keep you full, like fruits, veggies, dark chocolate (yep, we said it) and probiotic-rich foods like yogurt, kimchi and sour pickles.

As happiness expert Gretchen Rubin points out, research suggests one of the biggest keys to happiness is other people.

But loneliness is actually a big problem in our society -- 40 percent of Americans report feeling lonely, which could have something to do with the fact more Americans are living alone than ever.

So if you're grouchy, check in with yourself. Could loneliness have something to do with it?

If so, take action. Call a friend or relative, ask your neighbor or coworker to grab a drink. Maybe even join a book club.

It's amazing how much other people can improve your mood.

Someone or something else causes it.

Finally, what you've been waiting for: Sometimes your bad mood doesn't have that much to do with you.

Picture this: You're having a perfectly nice Saturday morning. You're planning to do a little grocery shopping, go for a run, then make a delicious, nutritious lunch.

That is... until you step foot in Trader Joe's. The line is out the door.

An old woman just ran over your foot with her cart. You knocked over like 12 jars of pumpkin butter.

Once you finally get in line, things don't improve -- it's moving at a glacial pace, and everyone around you is grouchy.

Before you know it, your great morning has turned into a bad one. You're angry, tired and impatient. You're acting like a bitch.

Now that you know why you're in such a bad mood, do yourself a favor and turn that frown upside down.