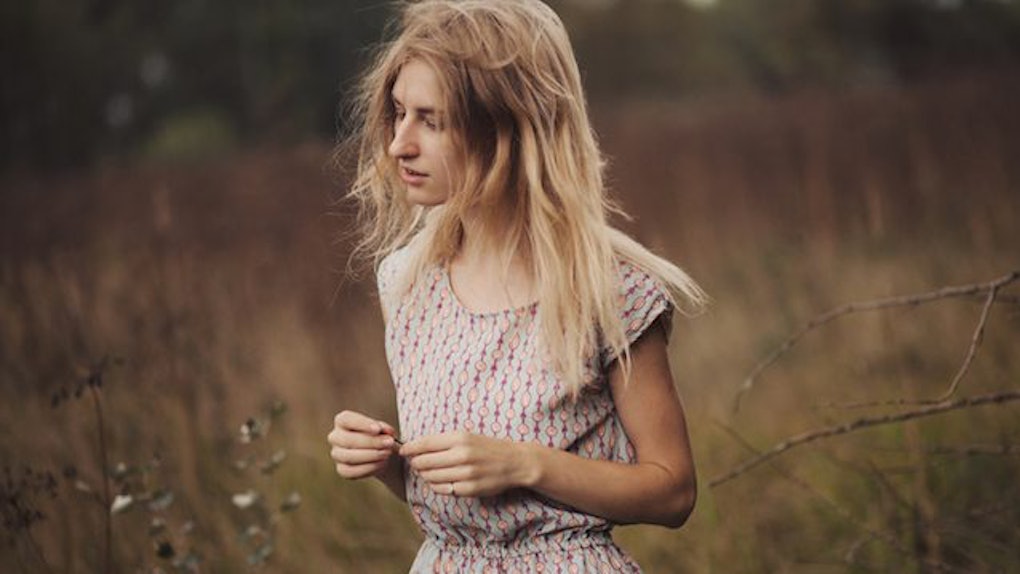 Things People Who Can't Express Their Feelings Want You To Know

Honestly, if I had a choice, I probably would like to ignore the fact that they exist altogether. Expressing my feelings makes me feel vulnerable, and I worry that telling the people in my life how I feel could drive them away. If you’re in the same boat, you might also have a mental list of things people who can’t express their feelings want their friends, family, and loved ones to know.

In order to figure out why you feel this way, I spoke with several experts to uncover what’s causing this behavior. Joshua Klapow, Ph.D., Clinical Psychologist and host of The Kurre and Klapow Show tells me in an interview for Elite Daily, “The technical term for a difficulty in identifying and describing emotions is alexithymia.” According to ScienceDirect.com, alexithymia is defined as someone having trouble defining and explaining how they feel.

Klapow points out that for some people, it's difficult putting anything more complicated than “basic” emotions — sad, happy, and/or mad, for example — into words. "These individuals may feel a broad array of emotions, but when it comes to putting a label on them, the broad array gets [put into these few basic categories]," he says.

For other people, the struggle goes further than correctly making their feelings known in the verbal sense. Klapow says, "[They] may not acknowledge or be aware that they are having the feelings themselves. They may interpret, for example, frustration as tightness in their muscles, tension in their heads, or difficulty concentrating, but they do not see the experience as an emotion of frustration."

It’s crucial to note the below points should be “qualified as possibilities rather than absolutes,” according to Manhattan psychologist Dr. Joseph Cilona. He tells Elite Daily, “The reasons, issues, and underlying motivations, thoughts, and feelings [for people to hide and/or struggle communicating their emotions] will vary greatly from individual to individual.” Knowing how difficult expressing your feelings can be, here’s a list of potential things to consider about people who struggle to express their feelings in order to better understand them. Maybe it’s not true for everyone who feels this way, but hopefully this list helps you better understand what’s going on underneath the surface for them.

1. People who can’t express their feelings may be very sensitive.

Most of the time, people don't even realize they feel hurt because they haven't said anything about it. But people just because some people hide their feelings doesn’t mean they don’t have them. Those who have trouble expressing their feelings may be extremely sensitive to even the smallest issues. They might find it exhausting to deal with these emotions all the time, so they think the best thing to do is just not say anything. Even more, they may fear being rejected if they do open up about their emotions.

“Rejection is not just disempowering, it erodes your self-esteem and alters your decision-making ability. Oftentimes, many internalize rejection and that creates a cycle of lowered expectations. Why address what you feel when you already feel it will be dismissed,” Clarissa Silva, behavioral scientist/relationship coach and creator of Your Happiness Hypothesis Method says.

According to Silva, you may be someone who likes to avoid conflict at all costs. She says, “If expressing emotion will result in creating conflict and chaos around you, you will opt to not be expressive. You may be afraid of your own anger, confrontation, or conflict with others.” Silva notes that if you’re this type of person, you may even use sarcasm in order to steer clear of conflict.

Cilona adds, “A common fear often related to having difficulty expressing emotions is the fear of conflict. Negative, troubling emotions such as anger or resentment can result in a fear of expressing these emotions directly because they might lead to conflict.”

3. Being vulnerable can be pretty scary.

“Sensitivity and attempts to avoid emotional vulnerability are often associated with difficulty expressing emotions,” Cilona says. Silva also offers her insight, saying, “The fear of vulnerability is ultimately a fear of rejection or abandonment. You have been hurt before, so you are trying to avoid being hurt again.”

Putting yourself out there can be a pretty terrifying thing in general. If you’ve had a bad experience in the past, it may be even more difficult for you to open yourself up to the people around you.

4. Brushing off feelings is not an uncommon reaction.

We live in a world where being upset about things can sometimes be taken as a sign of weakness. Silva describes setting your feelings aside as “Emotional Perfectionism.” She says, “[It’s] where you think you should always be rational and in control of your emotions so you do not appear weak and vulnerable.” It can be very difficult setting your feelings aside and not airing them out to those around you.

5. People dealing with alexithymia may hope anyone close to them understands how they feel.

People who don't express their feelings may magically want you to realize they're upset and fix things without saying a word. They want to be acknowledged, but they may struggle to find the right words to express what they're feeling when they’re feeling it.

Klapow says, “They have to work very hard to read cues around them. [They also work hard trying to] trust people to give them feedback about how they are behaving — even if they don’t see it.” He does note, though, “They can improve if they trust a person enough to allow them to give them feedback.”

6. “Unexpressed emotion” can be the result of being hurt in the past.

Silva says, “Sometimes unexpressed emotion has to do with past hurt that hasn’t been resolved. Because you might be resolving past hurt you are dealing with aspects of yourself that are unexplored and you are not able to express that to others.”

Maybe someone close to you died, or maybe you went through a toxic breakup that closed you off from expressing how upset you were. Maybe a friend betrayed you, and you can't really imagine you won't get hurt again by opening up to someone else so you may have built a wall around your heart in order to protect it.

Silva says, “This is classical repression. When the life event is experienced as traumatic to the individual, sometimes the psyche will bury that event as a way to help you cope with the trauma.” She continues, “Repression is a complex psychological process that is designed to help cope with trauma that’s happening subconsciously. The best way to address repression is with a mental health professional.”

Again, it’s important to keep in mind these points differ from person to person. But if you’re feeling like this, or if you know someone who expresses themselves in this kind of way, knowing where they’re coming from may help you better understand what it’s like to be going through this.

This article was originally published on Jan. 31, 2017