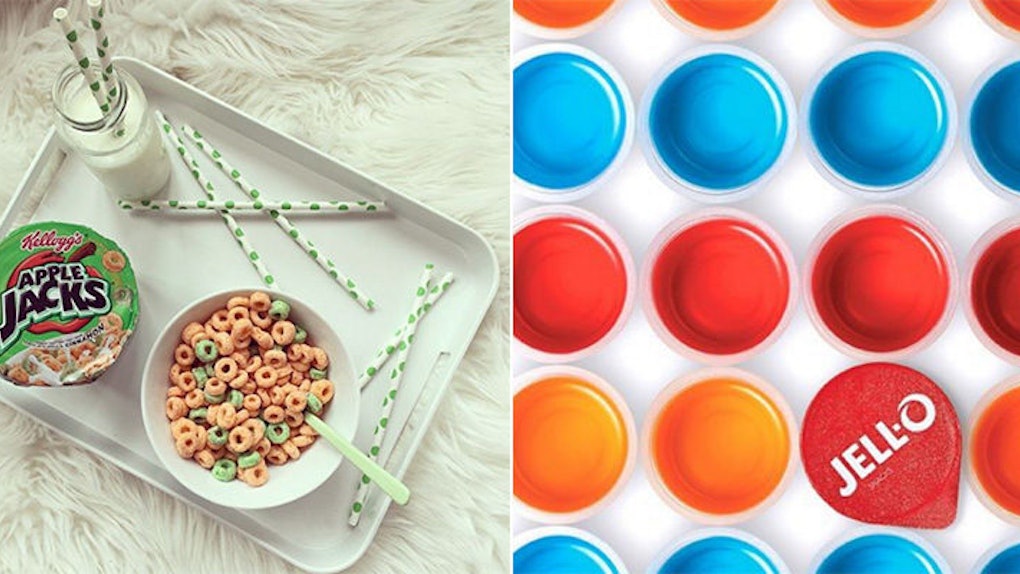 These days, I really enjoy (or at least try to enjoy) foods like kale, almond butter and gluten-free baked goods.

As a kid, I wouldn't get near anything green unless it was dyed that color.

Truth be told, I feasted on some pretty weird sh*t when my parents weren't around to stop me, and I know I'm not the only one.

So, in honor of the '90s and foods that were once incredibly delicious, here's a list of nine foods you loved as a kid that were actually pretty gross.

The meatballs tasted pretty good, but there was something very mysterious about the whole thing. In fact, those tiny little meatballs are packed with ingredients -- chicken, pork, bread crumbs, soy protein concentrate, salt, dehydrated onion and garlic.

Apple Jacks has a whopping 12 grams of added sugar. In fact, the first ingredient listed on the cereal is sugar. Add ingredients like yellow 6 and red 40 and, well, no, it's not exactly the wisest breakfast choice.

Bologna can be made out of almost any meat -- chicken, turkey, beef or pork and sometimes all four -- and comes with "trimmings," which often come from unmentionable animal parts.

It's too bad the foods in those kind-of-expensive (and definitely bad for the environment) plastic boxes are full of rubbery, downright gross meat. The ham is full of water and preservatives, the turkey has a ton of ingredients added to it -- potassium lactate, modified corn starch, salt, dextrose, carrageenan and sodium phosphates, to name a few -- and the bologna is "mechanically separated."

But why would you want to eat tiny balls of ice cream when you can have the real thing? The ingredients in Dippin' Dots include corn syrup solids, cocoa processed with alkali, guar gum and locust bean gum.

Oh, and there are also artificial sweeteners in Jell-O. But we're guessing that's the least of your worries.

Even as a kid, there was always something about sipping on SunnyD that felt vaguely healthy. It was orange juice, after all.

Well, actually, it wasn't. SunnyD is only 5 percent juice and has close to 60 grams of sugar per 16 ounces. Just to give you an idea of how much sugar that is, a 12-ounce can of coke has 35 grams of sugar.

Aren't you glad you eat highbrow foods like tacos and cheeseburgers now? I thought so.