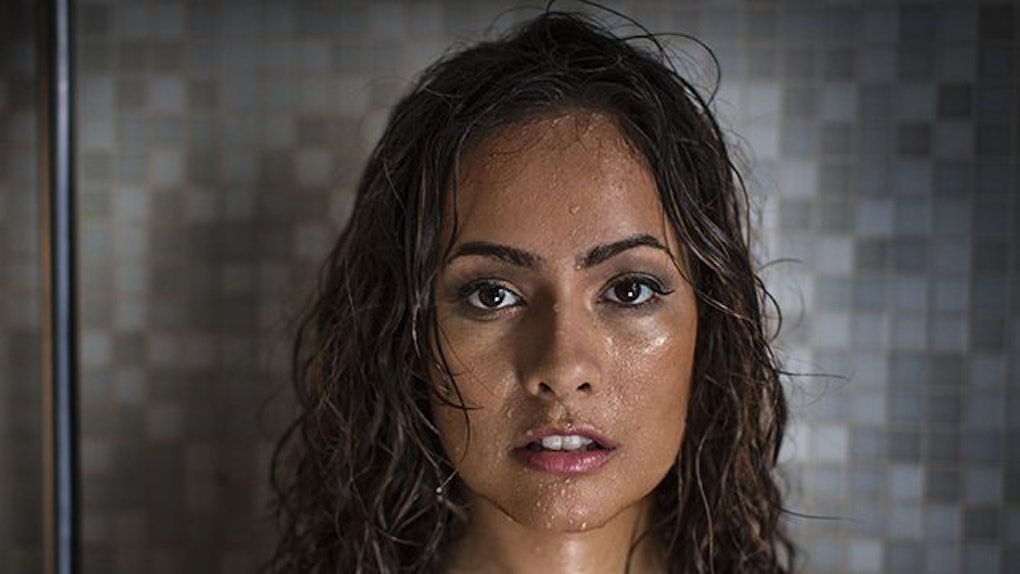 How You Can Train Your Body To Sweat Less

Sweat is your body's response to getting overheated. Think of it as your glands turning the sprinklers on your body to cool it down.

Of course, we all know the problem with those sprinklers though, right? They're messy and inconvenient in more ways than one.

So yeah, sweating can get annoying... even when you already know it's going to happen and are mentally prepared for your body to be glazed, like during a workout.

But premature sweating is a whole different animal.

If you're the type of person who starts sweating bullets 15 seconds into a lap or, worse, gets a little moist when the windows are down in the office, then this talk is for you.

First off, you should know there's an condition called hyperhidrosis, which is described as "excessive sweating."

Around 2 to 3 percent of Americans deal with it, according to WebMD. And at its worst, hyperhidrosis sounds like it can get really bad.

Everyday life can be severely impacted with avoidance of wearing certain types of clothing, the need to apply antiperspirant several times a day, repeated body washing and also the worry about whether wetness or odour is obvious to others.

If you don't have hyperhidrosis, then it's time to address ways you can train your body to chill out and not sweat the small stuff.

And what exactly does doing that entail?

According to yet another doctor BT consulted, you'll have to give up a few things.

Reduce stimulants such as caffeine, tobacco, alcohol and wear loose fitting clothes in natural fibers. Losing weight reduces the amount of sweat. Some drugs, such as betablockers, can be used to good effect.

Alright, if you're a little confused, LiveStrong.com's Allison Stevens has a fews tips that are much easier to digest.

There are some very obvious ones, like contacting your doctor and bathing once a day.

Others are pretty out-there -- like discussing botox surgery and joining a support group for hyperhidrosis.

Here are some less-than-obvious ones, though:

1. Use antibacterial soap and make sure you're completely dry after showering. This discourages bacteria from forming on your body.

Remember, sweat itself is odorless, but the bacteria and fungi clumping to under your arms, combined with sweat, gives off a bad odor.

3. Use underarm liners and shoe inserts. Yes, those are actual things.

The underarm liner is essentially a pad you put in place to prevent everyone from seeing sweat through your shirt.

The shoe inserts are meant to soak up moisture, too.

4. As far as your diet is concerned, you might want to steer clear of a few things, like spicy food. It has a reputation for making people sweating like they just popped a Molly.

5. Consider a lifestyle change. Perhaps getting involved in a fitness program is what you need. Stevens writes,

Control stress that triggers perspiration through yoga, meditation or other relaxation techniques.

Just make sure you don't do hot yoga, because you'll be sweating bullets the ENTIRE time.

Incorporate as many of these tips into your daily routine, and you'll have that sweat under control in no time.

Citations: How to Condition My Body to Sweat Less (LiveStrong)