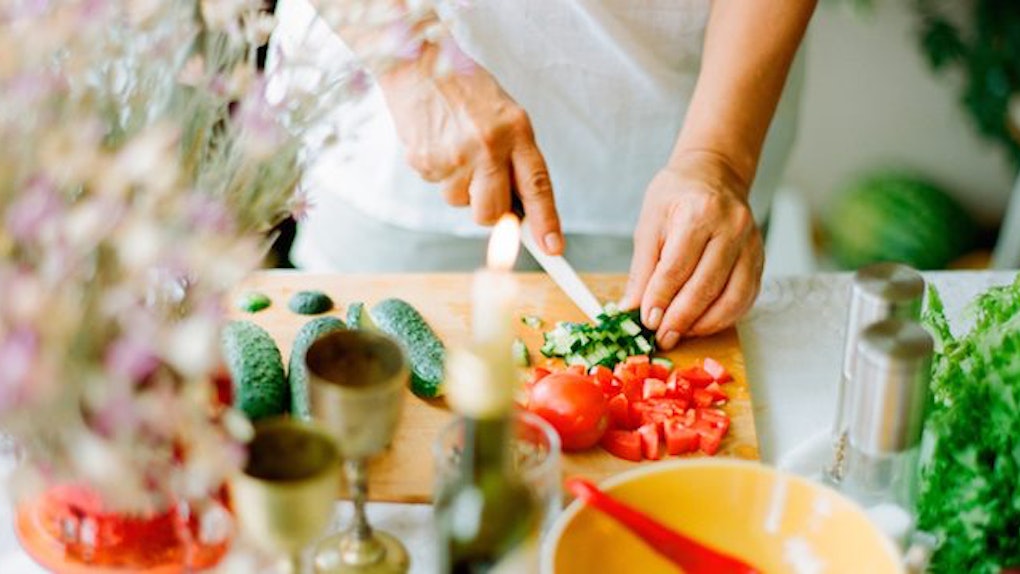 Right after I turned 18 years old, I was diagnosed with large tumors in each of my breasts. It was really traumatic for me, as I never thought I'd be facing a health problem of that magnitude.

I was leading an extremely unhealthy lifestyle. I struggled with an eating disorder; I loved doing all sorts of drugs, loved partying all week and was severely depressed.

That diagnosis was a wake-up call for me to change my life around because if I didn't I would destroy myself eventually. I knew something had to change.

After having one of my tumors removed with surgery, I discovered the vegan diet while I was recovering. My dad was an Ironman and was following a raw vegan diet so he shared a book about veganism with me. When I started investigating the diet, it all started to click for me.

I was completely intrigued by it and knew a vegan diet would be the answer to my health issues and bad lifestyle habits if I committed to it.

After three months on the diet, I had already quit smoking, drinking and partying. My sleep was becoming normal again, and that, to an extent, contributed to helping me feel happier.

I wasn't frustrated all the time and sad anymore. It wasn't all sunshine and rainbows, but things were getting better for me emotionally, mentally and physically.

My newfound energy was now fuel for me to start exercising and becoming fit. I started going to the gym with my boyfriend, something I had been reluctant to do before. I even started enjoying working out!

Eating this way made me have a more positive outlook on food, and my relationship with food became much healthier.

I could eat whatever foods I wanted in large quantities and I wouldn't gain weight or lose weight either. I didn't feel guilty after eating because I knew what I was consuming was good for me.

Right around the time I became vegan, I started living by myself and I discovered I had a mad passion for cooking that I never knew I had before.

Trying to mimic foods that I used to eat in my past diet and turning them vegan was fun and interesting to me. I discovered there were things like vegan burgers, vegan pizza, vegan hotdogs, vegan cake and vegan cookies.

Because I wanted to take my food to the next level, I decided to study plant based nutrition. This was something I would have never done if I hadn't gone vegan.

A year after my first surgery, I went to an appointment with my doctor to talk about a second surgery on my other breast to remove the tumor he hadn't removed before, but to our surprise my second tumor had completely dissolved and surgery was no longer needed.

I was so relieved, and I do attribute that little miracle to the changes I made in my diet.

I started my own business because I became vegan. After a year on the diet, I started making YouTube videos about veganism. I also started blogging about it, and I even built my own vegan health and wellness website.

I met so many great friends through following this diet. I was surrounding myself with healthy, like-minded people who wouldn't pull me back into my old habits anymore.

I look forward to the future and I know a lot of the things I'm grateful for now wouldn't have been made possible if it wasn't for that small change I made to my diet. Following a vegan diet completely changed my life.