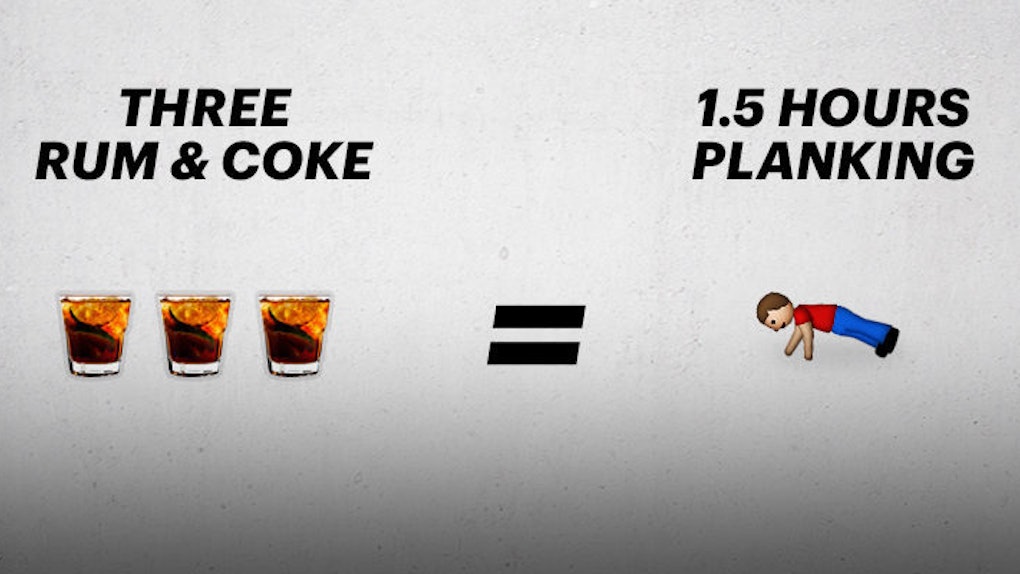 Ah, the new year. 'Tis the season for blank slates, new beginnings and an opportunity to finally achieve that goal you set at the beginning of 2015.

Because 37 percent of people make resolutions related to ifitness and health and 32 percent resolve to lose weight, we're going to guess your 2016 resolution has at least something to do with losing weight or getting fitter.

If you've been spending the first few days of January blending kale and logging miles on the treadmill, you're doing great so far.

Just a heads up, though: If you enjoy a crazy night out once in a while that includes copious amounts of alcohol -- hey, who doesn't? -- you're probably messing up your weight loss plans in a big way.

If you're determined to keep up that margarita habit and get fitter and healthier, more power to you. To help you out with that one, we crunched some numbers to figure out just how much you need to work out to burn off a night of drinking.

Fair warning: It's not pretty. There are lots of planks, burpees and tons of running involved.

It's especially not pretty if you're hungover. But we're rooting for you.