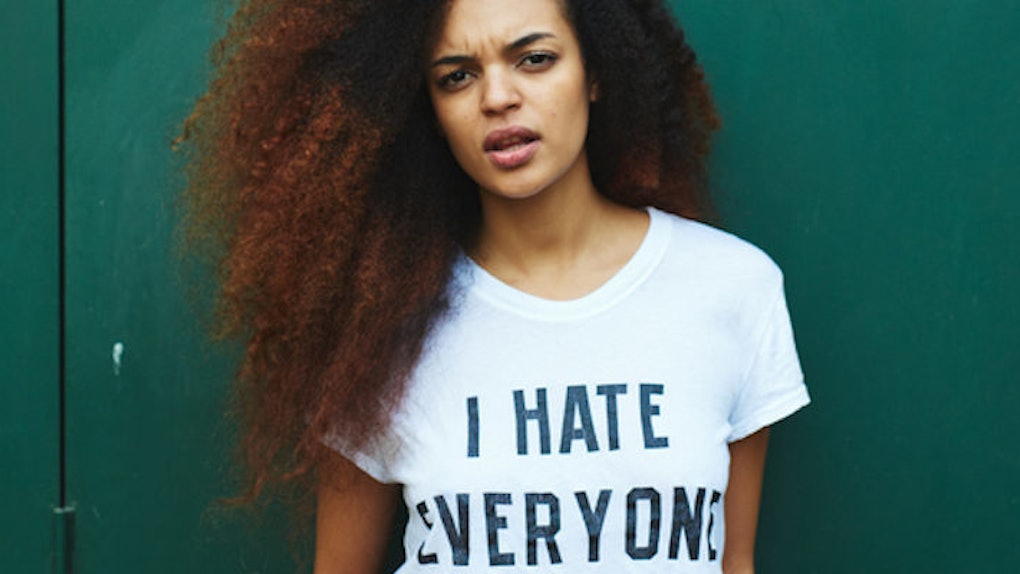 Nothing puts a cramp in your style (pun intended) more than your period.

You're bloated, you're dying for chocolate, you're bleeding and your cramps are making your life a living hell. While I don't have a magic solution that will cure those god-awful cramps once and for all, there are tons of ways to ease the pain.

You could try popping an Advil or two, snuggling up with a hot water bottle or just lying helpless in bed with a pint of Ben & Jerry's.

Let's face it, though: Aside from hanging out with Ben & Jerry, none of those options are all that appealing -- and the sugar in the ice cream will probably make your cramps worse.

Because I know being on your period f*cking blows, I did some research and came up with some actually fun options for easing your period cramps.

Don't give me that "period sex is gross" face. If you aren't grossed out by period sex but your boyfriend is, tell him to get over it. You have cramps to get rid of!

So, here's why sex will help your cramps: When you have an orgasm, your body releases dopamine, oxytocin and endorphins, and all of those hormones seriously help with pain.

As an added bonus, having sex on your period can actually shorten the length of your period because it gets rid of the blood and uterine lining faster.

And if you don't have a partner to have sex with, no worries. Having fun on your own while on your period is definitely an awesome option.

Just when you thought it couldn't get any better, right?!

Yep, smoking weed while on your period is an awesome way to deal with cramps. While there still isn't a ton of research surrounding marijuana and its health benefits, plenty of women rely on taking a few hits to relieve their period-cramp pain.

Research aside, smoking to ease cramps makes sense. For years, doctors have prescribed marijuana to relieve pain in cancer patients, and marijuana may also help with muscle relaxation. When our muscles are relaxed, cramp pain is way less intense.

Give it a try!

If this isn't your idea of fun, I'm sorry.

But if you stick with it and find the right workout for you, exercise can actually make you extremely happy because of the endorphin rush you get from it. And as I mentioned before, endorphins are great for treating pain.

If you're still not convinced, think about it like this: You're killing two birds with one stone by working out and getting rid of your cramps at the same time.