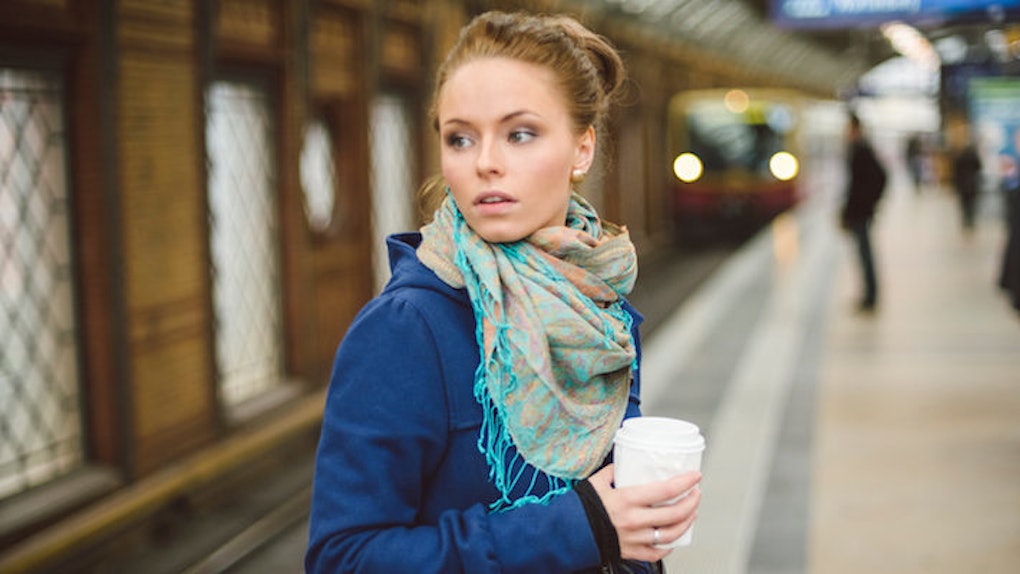 Wasting hours commuting to and from work every week is a total drag.

Luckily, places like Starbucks ease the pain with quick breakfast options when you're rushing out the door and can't even think about eating.

But based on recent data, commuters actually aren't so lucky to easily grab a muffin or bagel on the way to work. Health chiefs in the UK calculated that on average, commuters eat 767 extra calories per week while commuting.

So, we commuters pay the price in calorie intake for the convenience of bagels, pastries and filling coffee drinks. Great.

In the UK, based on polls done by the Royal Society of Public Health, 33 percent of the 24 million commuters snack on the way to and from work. Twenty-nine percent specifically snacked at fast food places.

For some, the daily commute can be a pleasurable experience, giving time for reflection or an opportunity to relax, but for an increasing number it is having a damaging effect on our health. As the length of our commute increases, this impact is getting worse.

In the US, around 139 million people commuted to work in 2014. The average commute is approximately 26 minutes, according to data from the US Census Bureau.

So, in 2014, Americans collectively spent roughly 3.4 million years commuting. That's a lot of time wasted on commuting, and it can seriously affect our health.

But what is 767 calories per week, exactly?

So, if a quick toasted bagel from Starbucks is a twice a week occurrence for you because it's the easiest way to fill your stomach before work, that's probably why you aren't able to lose weight.

Bagels and muffins are not your friends if you're trying to be healthy, especially twice a week.

Trust me, as someone who conveniently ate free bagels three times a week at work, I would know. They were free, convenient and fresh, yes. Good for my body and health? Absolutely not.

Instead, you should keep fruit in your kitchen to grab before work to eat while commuting or at your desk.

Other great breakfast options are instant oatmeal with healthy toppings, like nuts and honey and protein-rich yogurt.

Grabbing breakfast from your own fridge will also save you time on your way to work.

That way, you can avoid the long lines of other commuters at Starbucks who didn't have time to make healthier decisions either.

Citations: Commuting adds 800 calories a week to our diet turning the rat race into the fat race (Daily Mail)