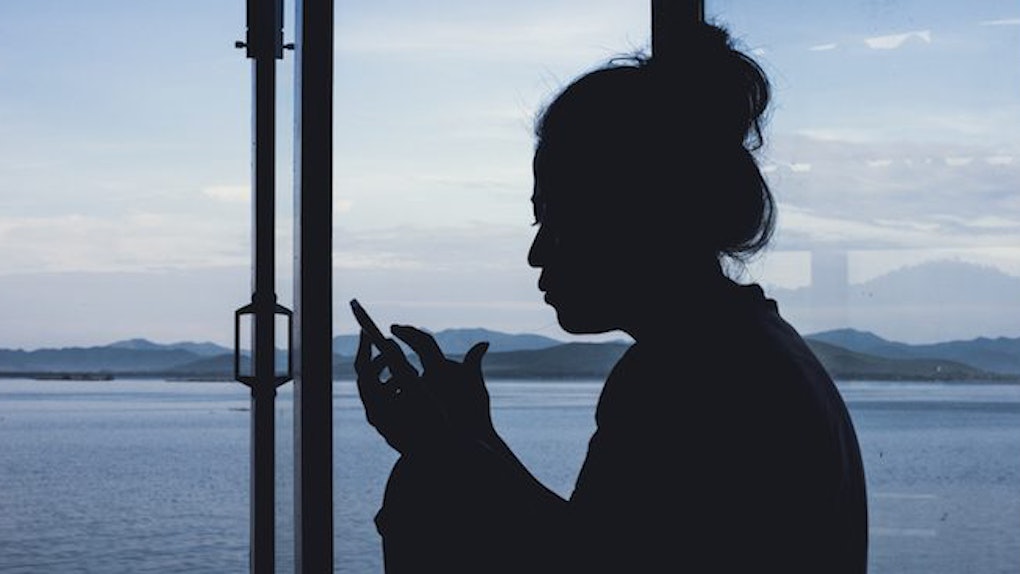 How To Have Fun Without Your Phone, Because Yes, That Is Possible

At this point, we've all pretty much accepted the huge role the smartphone plays in our daily lives. But there's a big difference between using these devices when we need them, and seeing them as an actual extension of ourselves. It's crucial not only to know how to enjoy life without your phone, but also to see the device as a separate entity apart from yourself,

According to a recent study conducted in South Korea, researchers found that if you truly believe that your phone is an extension of you, you are more likely to experience discomfort and/or anxiety when you are separated from it.

Researchers discovered that the more someone's phone was tied to personal memories, the more that individual saw the device as an actual part of herself. Consequently, when such users were separated from their phones, anxiety would often ensue.

If that description seems to fit your own sense of self and how you tend to feel toward your own smartphone, perhaps it's time to reevaluate that relationship.

Here are a few ways to feel a little more comfortable with ditching your device for a day.

Seriously, stop using the excuse that you need your phone to tell the time. Watches are still a thing, people.

Buy a cute, practical watch that you'll actually be excited to wrap around your wrist when you wake up each morning.

2. Spend Face-To-Face Quality Time With Those You Want To Stay Connected To

As you read from the study, people feel anxious about being away from their phones because it's essentially a lifeline that connects them to their closest family and friends.

My solution? Go be with these people. Actually devote your time to having and enjoying face-to-face interactions with the people you love.

Don't whip out your phone and scroll through Twitter when there's a lull in the conversation. The whole point of spending quality time is to immerse yourself in the moment.

Why do you need to be on your phone while you're with someone anyway? To connect with someone else? That makes no sense -- your face-to-face interaction is already accomplishing this.

Once you uninstall certain apps on your phone, you'll realize social media is actually your vice, and more likely than not, you simply scroll through these feeds for the sake of just looking at something, for the sake of something to do.

It's really odd when you think about it. It's one of those habits that, at this point, is so deeply ingrained, you don't even know why you do it.

4. Make A To-Do List And Write It On Paper

This method sort of works in two ways. You're writing a to-do list on paper in an attempt to steer clear of your phone, but at the same time, a physical list of things to do will keep you on task.

Think about it: You usually crave that endless scrolling when you're idle, when you're trying to pass time. However, with a to-do list, you'll know exactly what's expected of you during the day, and you'll be focused on that instead.

When you want to take a break from the tasks on your agenda, challenge yourself to kill time in another way -- like picking up a book, or going for a leisurely stroll around the block.

5. Ask Yourself If Having Your Phone Is Actually That Important

I know you may be thinking, “But what if I'm out and I need to call someone?”

Well, I'm willing to bet you do not need to call the person now. I'm sure if you don't get whatever answer you are looking for in this moment, you will still be fine at the end of the day.

I mean, in the '90s, we either used a pay phone or waited until we got home to contact someone -- and we didn't die, right?