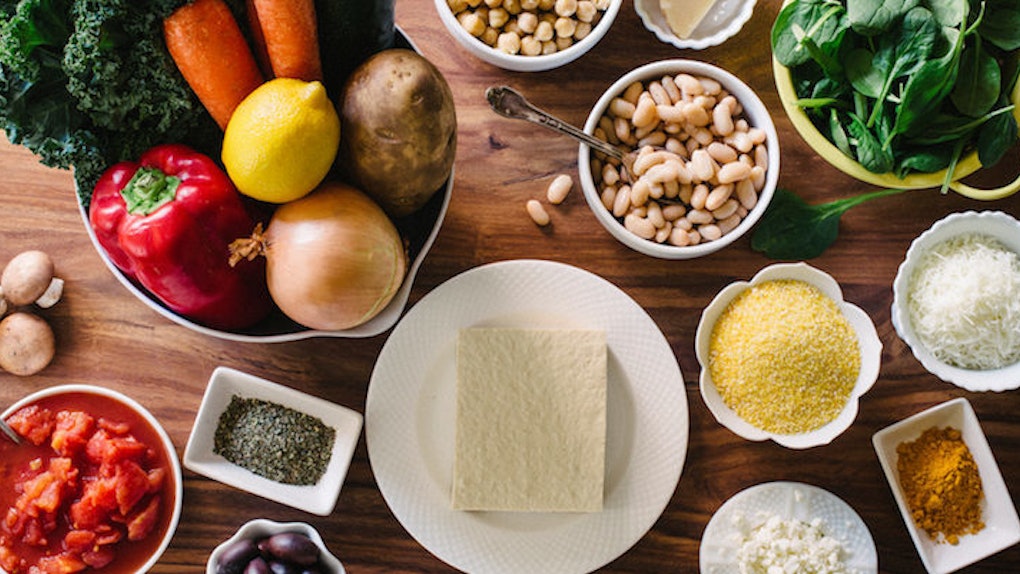 I'm coming up on the 18th month of my vegan journey, so I decided to take a look at all the aspects of how this lifestyle has impacted my life.

Initially, I decided to become vegan because I wanted to lose weight, as I had been reading a few articles on how cutting meat and dairy from your diet is really beneficial for your health and so forth, but I never really wondered why.

I decided to take it on board anyway, thinking that I could do it for a few weeks just to lose some weight. Lo and behold, I definitely lost weight (nearly 6 kilos in three weeks) but then I relapsed. To sum it up, I got drunk one night and ate a McDonald's Chicken Burger. The connection was not there.

But then a week or so later, I came across a video on YouTube called “101 Reasons To Go Vegan.” This video changed my life completely.

My perception of the meat, dairy and egg industry had completely changed, and I knew from then on I was never going to eat animal products again. I then became more interested and found myself constantly wanting to learn more about veganism. Eighteen months went by, and I have never looked back.

I couldn't be happier with my decision. This journey has completely changed my life as well as the person I am in the best way possible, mentally and physically.

Here are 15 surprising things that have happened since I became vegan.

1. I became more aware of what I was actually eating.

I have been really interested in health for the past five years, but it is now at a whole new level since becoming a vegan. I found myself so much more conscious about what I was putting in my body. I try to buy organic as much as possible, I read the ingredients on everything before I buy it and I tend to shop more at health food shops rather than your standard supermarkets.

I definitely did not fade away when I came to this lifestyle. There is so much misconception out there that vegans are malnourished and do not eat enough, making them skinny and weak. Well, I can assure you this isn't true. When I'm eating mostly whole foods and work out regularly, my body does lose weight and tones up. But sometimes, I eat super unhealthy (yes, it's possible to eat unhealthy when you're vegan) lying in bed watching Netflix. So of course it's still dependent on your lifestyle if you lose weight or not. I don't lose weight just because I'm vegan.

I never use to think of myself as someone who cared a lot about the environment. I mean, I knew it was bad and something needed to be done but I use to have the mindset that it was “too far gone” and there is not much us individuals can do about it. That was until I watched a documentary called "Cowspiracy." Animal agriculture plays a major part in rainforest destruction, is responsible for 18 percent of greenhouse gas emissions (more than the combined exhaust from all transportation), is responsible for 80-90 percent of US water consumption and is the leading cause of species extinction, ocean dead zones, water pollution and habitat destruction. So when you start learning these aspects of the industry, you understand the huge impact it has on the environment. From this, I realized that becoming vegan wasn't only hugely beneficial to my health but also has a positive impact on the environment.

Since the very start of my vegan lifestyle my energy boosted massively. I was working 12-14 hour days, and I still had the energy to do high-intensity workouts in the evening. My energy is at its absolute peak when I'm eating mostly HCLF (high carb, low fat) whole foods. The fatter I eat, the worse I feel — ergo, less energy.

5. I became more in touch with nature.

I have a whole new appreciation for the natural aspects of this world. Veganism has made me look at the earth so differently. I truly find myself happiest while I'm walking through a park, at the beach or just being outside in the sunshine.

I have always loved cooking and baking, but I find myself preferring to stay at home and cook myself meals rather than eating out. I'm more creative in the kitchen, and I know exactly what's in my food. That way I enjoy what I am eating so much more.

7. People around me are actually supportive.

Well, most of them. When I first “came out” that I was vegan, my family didn't really question it, as they all knew I have always been a bit of a health freak, so they weren't worried. My work colleagues at the time questioned it a lot, as they didn't know what being a vegan actually meant. Most of the time people just ask, “But what to do you eat?” They'll crack a few sarcastic jokes (which you get use to), but most of the time, people are either intrigued by my lifestyle and ask questions or don't really care that much.

8. It became apparent how uneducated people are.

“But what about protein? You NEED to eat animals for protein. You NEED to drink cow's milk for calcium and strong bones. Eating animals is part of the food chain.”

Now I am not saying all non-vegans are uneducated in any way, but when I decided to become vegan, I decided to educate myself about nutrition, and came across some staggering information.

When some people meet a vegan, they are quick to say that their lifestyle is unhealthy while we are eating a diet rich in fruit, vegetables and whole foods, but don't blink an eyelid when someone eats McDonald's.

I thought that I would never be able to go out for dinner or to social events because I wouldn't be able to eat anything. But I was wrong. You would be surprised how many restaurants have vegan options these days. It's becoming more and more of a demand, so businesses are getting on board. Although I love eating at vegan restaurants, it doesn't bother me when I'm going out with any of my non-vegan friends. I can always find something yummy to eat.

10. People are really intrigued by my lifestyle.

Surprisingly, a lot of people have asked me for advice on how to go vegan, even complete strangers. When I was grocery shopping, the lady at the counter asked me if I was vegan (she could obviously tell this from what I was buying). She started asking me a whole range of questions and told me about her own personal struggles of trying to cut meat and dairy out of her life. I recommended a few documentaries and blogs for her to check out.

Work colleagues are also really curious and have learned that not all vegans just eat lettuce every day. While I am eating pasta, cupcakes, pizza or chocolate, people usually ask, “Kate, are you sure that's vegan?” It always, most certainly is.

It's really easy to eat vegan on a budget and it doesn't have to be expensive — but it will be. When I first started out, I bought most of my food from the supermarket, and it turned out I was spending less than I was when I ate animal products. However, since becoming vegan, I became a lot more health-conscious, so I eventually began shopping at health-food shops, which in most cases are more expensive. So you can save money in a sense, but if you can afford it, I strongly recommend shopping organically, as it's an investment in a cost-effective future. The more we buy organic the cheaper it will get.

12. There's an alternative for everything.

I thought that there would be a substantial amount of foods I would miss out on. One of the main factors of becoming vegan is that I wanted to become healthier. I thought, in hindsight, that by being vegan it would stop me from eating unhealthy foods like chocolate, ice cream and pizza etc. And the great thing is, that you don't really miss out, because it's so easy to make a vegan version of everything, and it's so much healthier.

I learned that by being vegan you must eat a lot more than you would be used to on a standard Western diet. When I ate animal products, I was eating higher calorie-dense foods, but minimal amounts. This worked well for a couple of weeks, but always eventuated in me bingeing massively. Bingeing is, in fact, your brain's reaction to being malnourished. Your mind switches to “survival mode” and it makes you feel like you need to eat copious amounts of food even when you don't feel hungry. When I was bingeing, I would splurge on high-calorie foods because my body was in need of energy and it needed it fast.

When I switched to the vegan lifestyle, I started eating larger amounts but lower-calorie foods like fruits, vegetables and whole foods. I learned that eating more and filling my belly with foods that nourished my body not only gave me more energy but stopped me from bingeing.

This one may be a little TMI, but what the heck. It needs to be said. Before going vegan, I had major issues with digestion. I was having no more than two or three bowel movements per week, I was regularly constipated and I considered this normal.

Ever since going vegan, it all moves smoothly. A plant-based diet that's full of clean, whole foods can improve your digestive health and immunity.

15. I constantly want to learn more.

Being vegan has been an amazing journey. I've been learning so much about the environment, nutrition, animal rights, nature and I learned a lot about myself too. I am constantly finding new information and waiting to learn more. I'm excited and curious to see where this lifestyle takes me and can't wait to flourish into the person I've deep down always wanted to be.

It's been 18 months since I've taken on this amazing lifestyle, and it's only just the beginning.