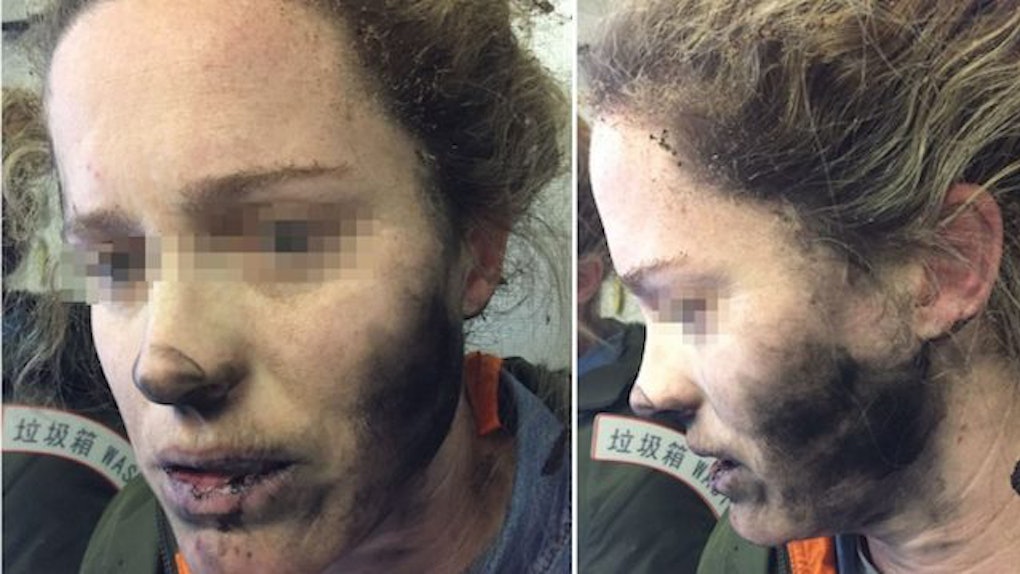 Woman's Headphones Explode In Her Ears On Airplane

These shocking images reveal what happens when your headphones burst into flames while you're wearing them.

Yep, you can't even trust headphones not to explode on your face anymore.

A woman from Australia was left with painful burns to her face after the pair of battery-powered headphones exploded during a flight from Beijing to Melbourne.

She was asleep two hours into the flight when she was woken by a loud explosion, the Australian Transport Safety Bureau said.

As I went to turn around I felt burning on my face. I just grabbed my face which caused the headphones to go around my neck. I continued to feel burning so I grabbed them off and threw them on the floor. They were sparking and had small amounts of fire.

Think about all those times you've used headphones on a flight. Scary stuff.

Her hair and eyebrows were singed by the flames, which also injured her hand as she pulled the headphones off.

And the heat was so intense that the battery and its core melted to the plane's floor.

As I went to stamp my foot on them the flight attendants were already there with a bucket of water to pour on them. They put them into the bucket at the rear of the plane. People were coughing and choking the entire way home.

I would be too if the smell of burnt hair filled the cabin.

Sorry to scare you even more, but the Australian Transport Safety Bureau told Daily Mail Australia they had witnessed several similar incidents.

We've had previous experiences in mobile phones, tablets and so on.

Battery-powered devices should be kept in approved storage, such as an overhead bin, when they're not being used.