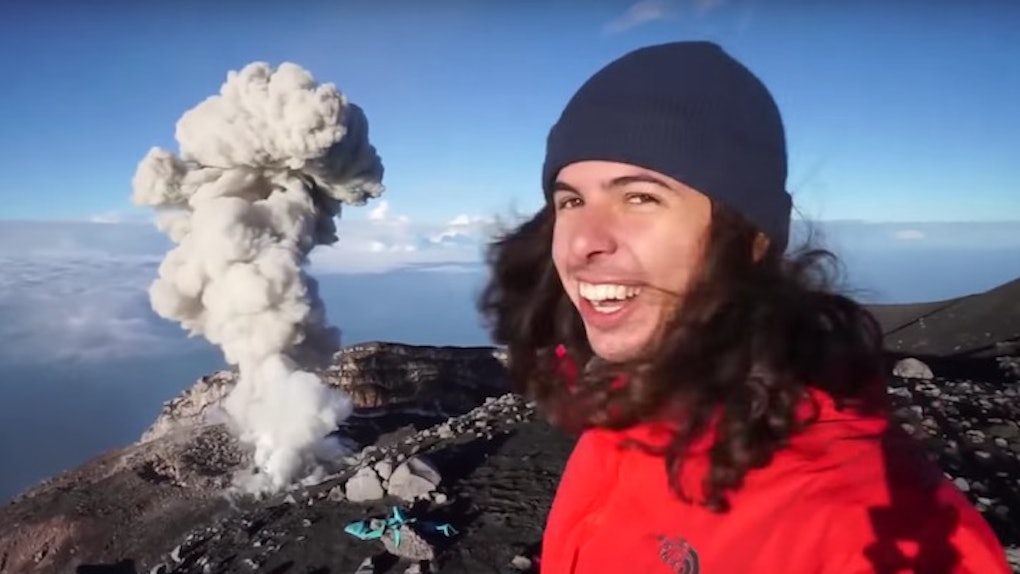 What would you do if you were on a hike and, suddenly, a volcano erupted close by?

Apparently, YouTube vlogger Ryan Purvis did not run when an actual volcano erupted while he was hiking in East Java, Indonesia.

Mount Semeru is an active volcano, and Purvis knew it would be the perfect opportunity for an epic selfie and video.

Before it goes off in the video, he says he can tell it's about to erupt because you can hear it "hissing" before it blows. So Purvis was able to have his camera ready for the shot of a lifetime.

Purvis even says, "Mom, just so you know, if you're watching this video right now, I probably survived."

When the eruption happens, Purvis loses it. "In-fucking-sane," he says in disbelief.

It's amazing to watch in his footage, but I can't imagine what an actual volcano eruption looks like right there in front of you.

And it's not a gushing lava explosion like you would think. You can see the active volcano spit a thick cloud of smoke high into the sky. Nature is incredible, people.

Purvis says it himself after the eruption, "That was the coolest thing I've ever seen."

I feel like most of us would have just rushed out of there, missing the eruption entirely. Luckily, Purvis is brave enough to whip out a camera and give us this close and personal view of an active volcano.