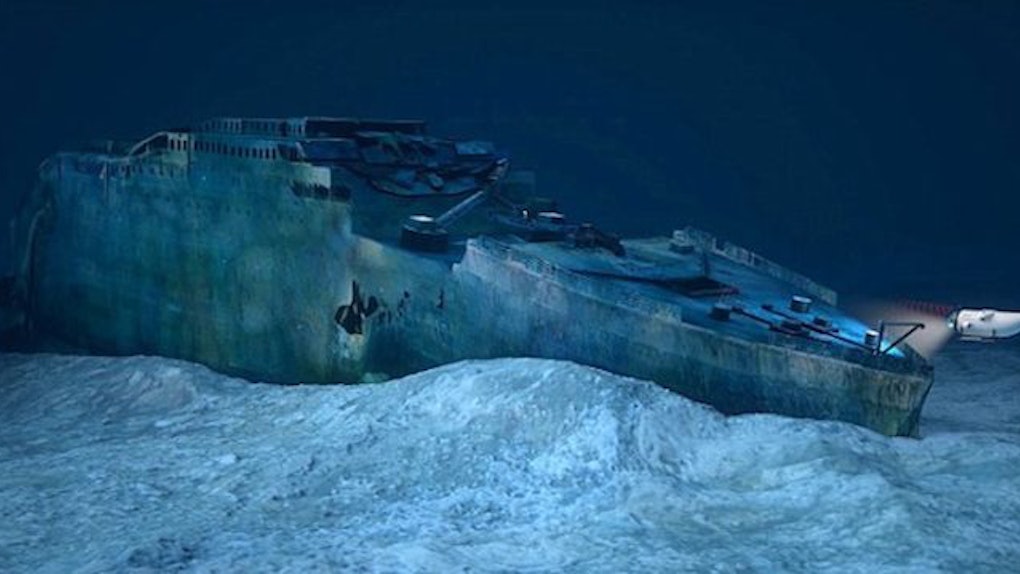 It's been over a century since the RMS Titanic split in two and sank to the floor of the Atlantic Ocean.

While the film adaptation was enough for some people, there's still so much more to learn about the doomed ship.

Well, if you're willing to dive two miles under the sea, you could experience the entirety of the wreckage with your very own eyes.

Starting in May 2018, London-based tour operator Blue Marble Private will run eight-day expeditions to the location of the sunken Titanic ship.

The journey to the final site is a long one.

First, you have to fly via helicopter from Newfoundland to the expedition's support yacht in the frigid waters of the North Atlantic.

After two days aboard the yacht, tourists on the trip will hop onto a special "submersible" designed to endure the five-hour dive down to the site of the Titanic's remains.

Accompanied by deep ocean experts, you'll be able to see the Titanic up close and personal, in all its glory.

You may even get to glimpse the famous grand staircase.

There's one pretty major drawback though.

The tickets are ridiculously expensive, at a whopping $105,129 per person.

But, fun fact: Taking inflation into account, that six-figure price is what it would cost today to purchase a first-class ticket to board the Titanic.

Unless, of course, you're Jack Dawson, and you win your first-class ticket in a lucky game of poker.

It may seem exorbitant, but it is the most iconic vessel in the history of basically ever.

Since her sinking 105 years ago, fewer than 200 people have visited the wreck, less than have flown to space or climbed Mt. Everest, so this is an incredible opportunity. We recognize that the entire site is a memorial, and we undertake our mission with great respect for those who lost their lives in the sinking.

The first dive will take place next May, and a second is already planned for the summer of 2019.

Citations: Now you can take a two-mile-deep tour of the Titanic - so long as you can afford $100,000 a ticket (The Daily Mail), After A Dozen Years, Firm Offers Tourists A Chance To Dive To Titanic Wreck -- For $105,000 A Person (Forbes)