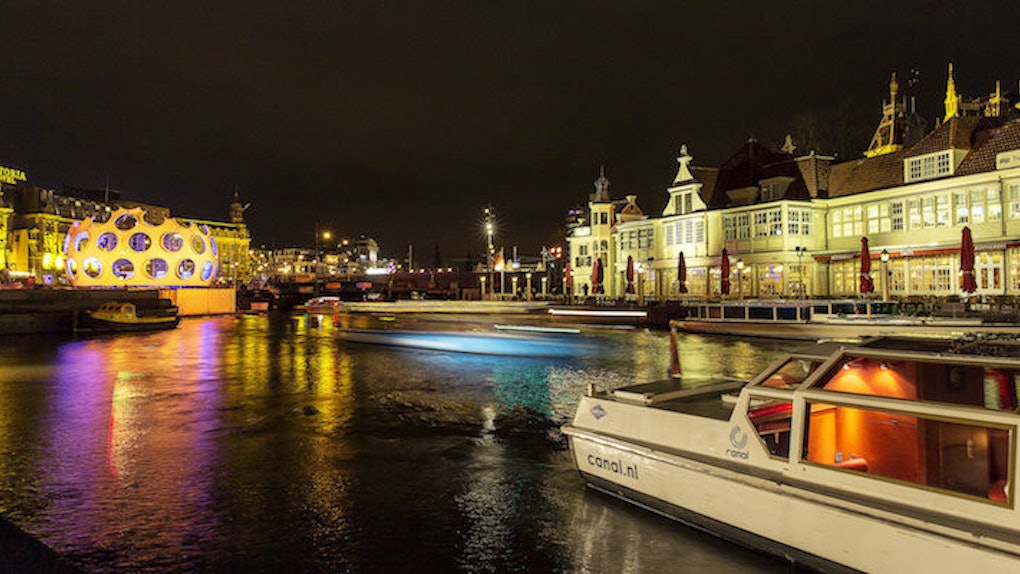 Amsterdam might be best known for its vices that are loose and legal to indulge in. Things like marijuana, prostitution and such. But Amsterdam is a pleasant surprise for those who visit it with an open mind.

There's actually a lot to do in this city beyond just smoking weed and getting high.

It's the perfect gateway country for first time visitors to Europe. It's modern, chill and quaint, giving off the vibe that you're not actually that far away from America, despite being 4,500 miles from home.

It's also not a huge culture shock the way other countries in the world can be to a tourist who's never crossed the Atlantic Ocean.

Here are things to do in Amsterdam that don't involve the drug culture:

Biking in Holland is pretty much the equivalent of walking in New York City. Although there are roads and streets for cars, buses and mopeds, manual bicycles are the most popular form of transportation.

Get a true Dutch experience by renting a bike to get around during your stay in Amsterdam. Do your best to blend in with the locals and keep up in the bike lanes.

Every Monday through Saturday, this block-long market pops up and feeds the De Pijp neighborhood with delicious foods, beverages and items to take home.

It's a cheap way to fill up on produce, snacks, on-the-go eating and grocery items for cooking your own meals. Get lost in the sounds and smells, or pop into a pub for a brew and some people watching.

The De Pijp neighborhood is known for its restaurants, cafes, bars and other foodie-favorites. If you've got no agenda and want to go wherever your nose lands you, just walk around the neighborhood for an array of dining options and beautiful facades.

It's touristy and a little cheesy, but you have to do it. And it's pretty cool to see the process of beer being made. Plus, you can customize your own bottle of Heineken to take as a souvenir.

Whether it's with your first and last name, your cat's name or your nickname, they'll write it on the bottle for a keepsake that you'll probably never drink, or at least throw out. And the Heineken Experience includes two free beer tastings with the tour!

Head to the Museum Square in southern Amsterdam and check out some cool galleries and exhibits. Everything from the iconic Anne Frank House (which you can actually climb into just like she did during the war), to the Cheese Museum, Van Gogh Museum or the MoCo Museum (Modern Contemporary) where you can check out the #Banksy exhibit for a limited time.

Vondelpark is this perfect little park in the center of Amsterdam that is full of riders and loungers. Whether you go there to listen to live music, chill out or play games, packing a picnic is a great way to experience it. You can drink out in the open, so I highly suggest some bubbly to accompany your finger sandwiches and sliced cheese.

Let's take a moment to discuss the food in Amsterdam... it's very diverse. You can find everything from Indonesian restaurants and steakhouses to Domino's pizza and Chinese take-out.

But a popular restaurant in Amsterdam that actually serves some classic Dutch menu items is Cafe Loetje. It has numerous locations throughout Amsterdam for good reason. So delicious, I ate there twice in a four-day span. Need I say more? Just do yourself a favor and go.

The famous flower market of Amsterdam is a beautiful maze of colors and aromas. They sell everything from fresh flower arrangements to seedlings, but even if you're not there to take some botany home, it's an experience to check out!

Amsterdam is situated on many canals. Like Venice, but a little cleaner and less smelly. While the canals are not the main form of transportation (see item number one about renting bikes; they have real roads that fit cars and buses as well) the canals offer a look into the history of Amsterdam. Take a small tour on an open boat and learn little facts and myths about the city from its' channels.

Cheese is a very Dutch thing, so it's only right you spend some time exploring the varieties and tasting the many flavors of dairy goodness. Reypenaer Cheese Tasting Room offers one-hour cheese tastings led by an "expert cheese master" (yes, that's a thing) so you'll know all there is to know about cheese and how it pairs with wine.

Amsterdam is the type of city you can find yourself getting acclimated to, and the perfect city for exploring and learning what's beyond the reputation of Amsterdam as we know it.