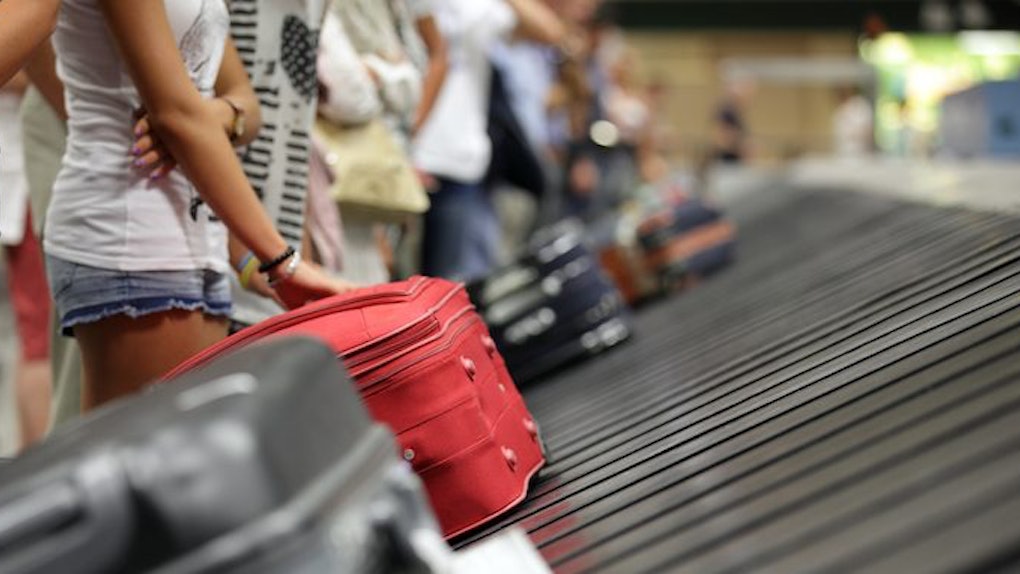 Can we all agree that the worst part about being at an airport is waiting in long lines? Whether it's the line at TSA waiting for everyone to take their shoes off, or the line you have to make in order to get out of the plane, the lines are the worst. But of the multitude of lines, waiting at the baggage claim definitely takes the cake — especially if you wait in baggage just to find out your luggage is in another city. Thankfully, American Airlines' new app lets you keep track of your luggage.

That's right: If you fly American Airlines, you're in luck because they've just announced they're releasing a genius app that lets you keep track of your suitcases. The new feature is called Customer Bag Notification (CBN), and it lets passengers know the location of their luggage if it's in another city.

CBN works by giving passengers different notifications that let them know the whereabouts of their checked baggage, specifically when their belongings are in a different location than the passenger. An alert comes in as soon as the passenger arrives at their final destination.

There are three different types of alerts the CBN sends out.

This alert will let users know if their luggage arrived at the airport before they did. It'll send them to pick up their luggage at the Baggage Service Office, making the entire ordeal so much easier.

This alert will tell passengers to go directly to the Baggage Service Office to find out more information on their luggage.

This alert instructs users to fill out a Mobile Baggage Order on their smartphones. This makes it easier to reunite passengers with their lost luggage by asking them to describe their belongings and to provide delivery information. The Mobile Baggage Order also allows the user to bypass the Baggage Service Office.

OK, this new app seems like a great way to kick off a vacation. Lost luggage is now a thing of the past.