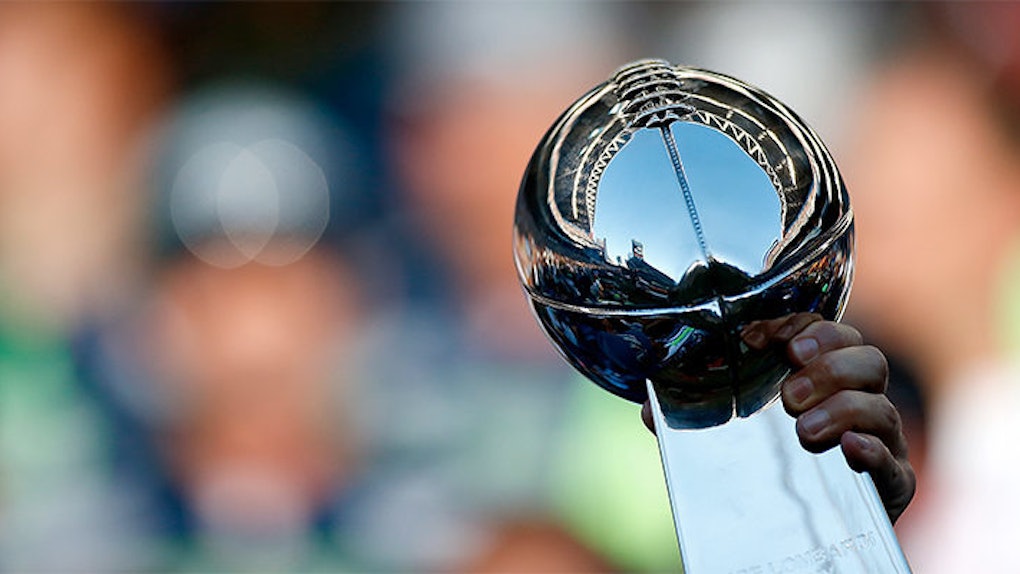 These Two Teams Will Face Off In Super Bowl 50

The Carolina Panthers will face the Denver Broncos in Super Bowl 50 on Sunday, February 7.

The Panthers plowed their way to the title game in Charlotte on Sunday night, dominating the Arizona Cardinals in the NFC Championship game with a 49-15 win.

The Denver Broncos earned their shot at the Vince Lombardi Trophy, thanks to their down-to-the-wire win against the New England Patriots.

The Patriots had been on the verge of forcing overtime in the AFC Championship game earlier on Sunday, but the Broncos were able to prevent New England's two-point conversion attempt to effectively seal a 20-18 win.

Now, both Carolina and Denver will prepare to head to the Bay Area.

The big game will kick off at 6:30 pm EST/3:30 pm PST two Sundays from now at Levi's Stadium in Santa Clara, California.