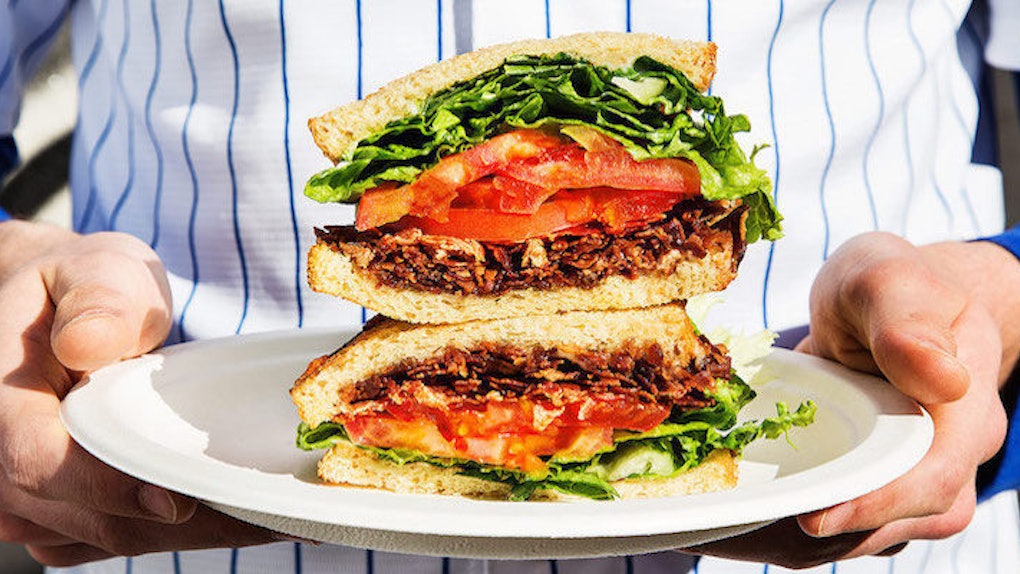 Ten years ago, I approached a St. Louis Cardinals player during a spring training game and asked what he'd eaten for lunch that day.

I think he was mostly confused why I was inquiring about the contents of his stomach rather than requesting an autograph, but he kindly explained the wrap he'd eaten a couple hours prior.

I've always wanted to know what professional baseball players eat before a big game. Some people wonder about life on other planets or how to build an effective start-up; I simply want to know what you have to eat in order to stay mentally alert and physically able in a realm of unpredictable, high-speed projectiles.

I reached out to some major leaguers to inquire about their favorite pre-game meals. And there's no, "The answer might surprise you!" caveat here.

No one (to my knowledge) is scarfing down chicken liver mousse and green oysters as they tie up their cleats. They're just eating some hearty, energizing food you might even find at the concession stand.

Oakland A's player Mark Canha's Instagram handle is @bigleaguefoodie, so that seemed like an obvious start. He documents his meals when the team is on the road and his account is basically begging to be turned into a set of food porn-y trading cards.

His first criterion for a pre-game meal is that it's nutritionally sound. Carbs and proteins go down easy. ("Having digestive problems when trying to hit a 90 mph fastball is no good," he says.)

He said it also has to be comforting, which is why his go-to choice is spaghetti and meatballs, with minestrone as a "near second."

Personally, I couldn't move fast enough after a heaping plate of meatball-laden pasta to lay down a gentle bunt or even move off a couch -- but I have no sense of portion control or extreme athletic prowess, so all the power to him.

His teammate, center fielder Billy Burns, goes a similar route, opting for pasta with chicken or bits of steak ("just something to fill my stomach to get out there, not to fill me up too much") or turkey on wheat as an alt-carb.

Pitcher Jesse Hahn starts early with a sizeable breakfast: "eggs, bacon, hash browns for some carbs and always coffee." And he'll have a meaty sub once it's closer to the first pitch.

Treating myself to my favorite meal. Quality steak chopped up in Velveeta Mac and cheese. pic.twitter.com/6Dv3jvBTSz — Billy Burns (@BillyBurns45) August 31, 2014

The Atlanta Braves are also a team of sandwich lovers. Matt Wisler, a 23-year-old starting pitcher, goes for a BLT or club sandwich.

His teammate, outfielder Jeff Francoeur, goes with a classic PB&J -- whether or not he adds an accompanying dance is up to your imagination.

Some players said they don't have go-to game-day eats. That surprised me at first. No lucky bowl of Lucky Charms? Not a roasted rabbit foot in sight?

But I thought harder and realized that made complete sense. With 162 games a season, and around six per week, eating the same thing before every game would get monotonous pretty quickly.

And many of the players I spoke to focused on nostalgic meals or things they ate as a kid before Little League practice. These guys didn't just wake up one day and say, "Gee, I think today I'll see if I can drive a five-ounce rubber object 400-plus feet!" — it's something they've been doing forever.

My childhood fascination with where pro baseball players find their strength will always be there, but knowing they find solace in a well-made sandwich is a good reminder they're still at least mildly human.