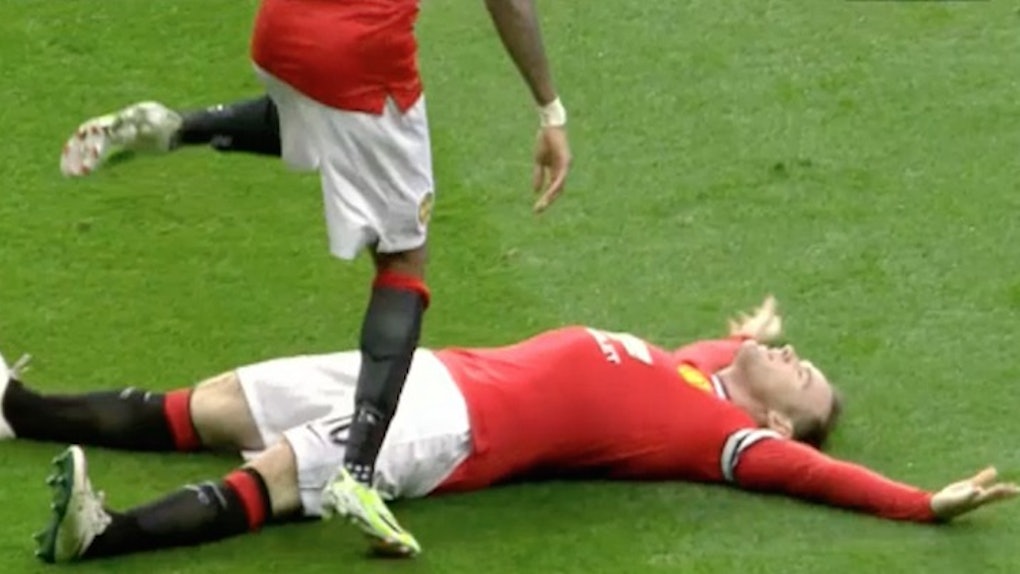 Few people could come back from being totally embarrassed on the Internet in a matter of 24 hours, but Wayne Rooney expertly pulled it off.

It wasn't long into the short video until Rooney was knocked out -- on his own kitchen floor of all places.

Considering the hilarious combination of his status and the fact he went down for the count in his own home, you'd assume there was no way Rooney could come back.

His goal against Tottenham was one thing, a typical show of strength and balance that saw him ghost by four defenders before slotting the ball home.

But, the celebration was something else.

If anything, Rooney proved the best way to get over an embarrassment is to get in on the joke yourself. Well done!