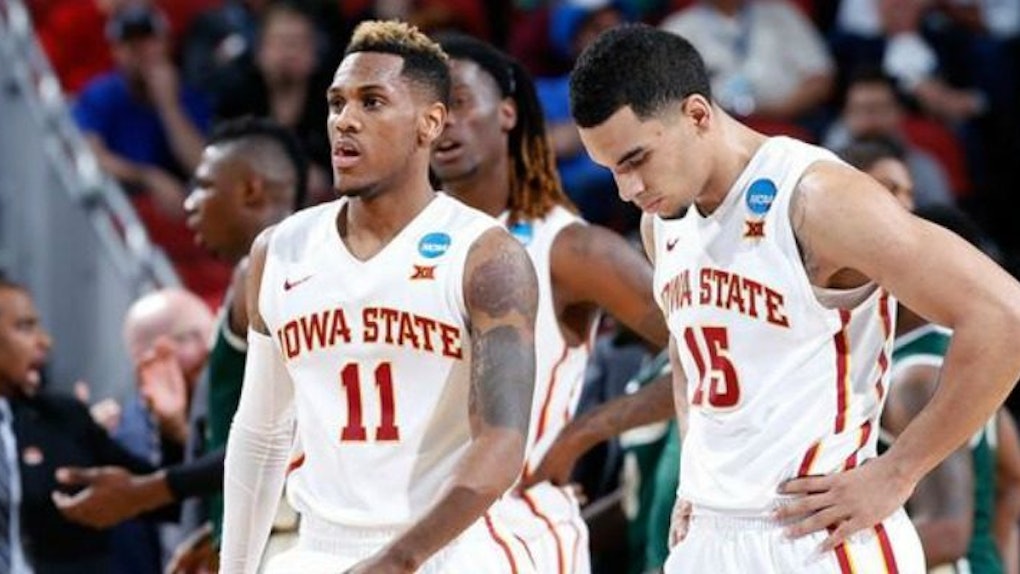 In case you need further proof of the craziness of March Madness, there are reports to show there is actually a surge in the number of vasectomies performed in March.

Dudes all over the United States are stepping up to get snipped, with the plan of recovering during the first few days of the NCAA tournament. Genius, right?

In fact, according to CNN, urologists nationwide reported an increase of up to 50 percent in the number of vasectomies performed around tournament time.

Dr. Brad Erickson, a urologist with the University of Iowa Hospitals and Clinics, told Iowa's Gazette,

The first round of the NCAA tournament represents the perfect three or four days that you need to recover after a vasectomy. We don't want them to be doing too much physical activity after surgery.

Iowa resident Tony Brokens decided to go the March vasectomy route so he could have a front row seat to watch his third-seeded Iowa State Cyclones coast into the ne… ouch, Tony.