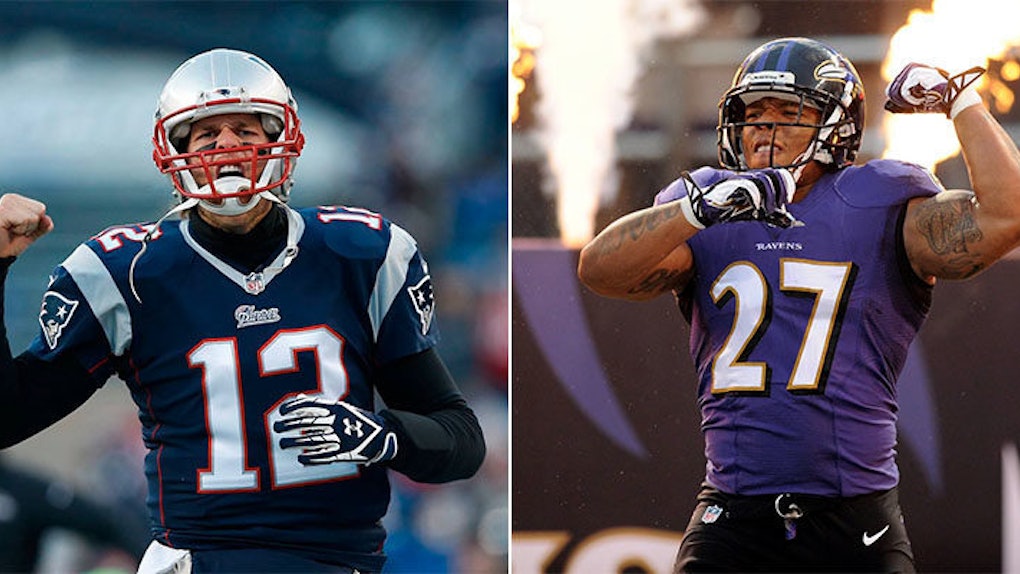 Late Monday afternoon, the NFL announced New England Patriots quarterback Tom Brady will be suspended for the first four games of the 2016 season for his role in Deflategate.

As an organization, the Patriots were fined $1 million and lost two future draft picks for their role in the incident that occurred during last season's playoffs.

But, the main focus shifted to the fact that Brady's suspension is twice as long as the one Ray Rice received.

There's no beating around the bush. It seems like the NFL and commissioner Roger Goodell just deemed that deflating footballs is twice as bad as knocking out your fiancée.

Some have also been quick to point out Rice was suspended for the rest of the season once video evidence of his actions became public.

Why yall keep comparing Tom Brady suspension to Ray Rice? Ray Rice got two games and then exiled from the league. — Charlamagne Tha God (@cthagod) May 11, 2015

But, Rice's initial punishment compared with Brady's proves something is very wrong with how the league handles violations of all manner.

It's now abundantly clear we need transparency and a precedent for all future suspensions handed down by the league.