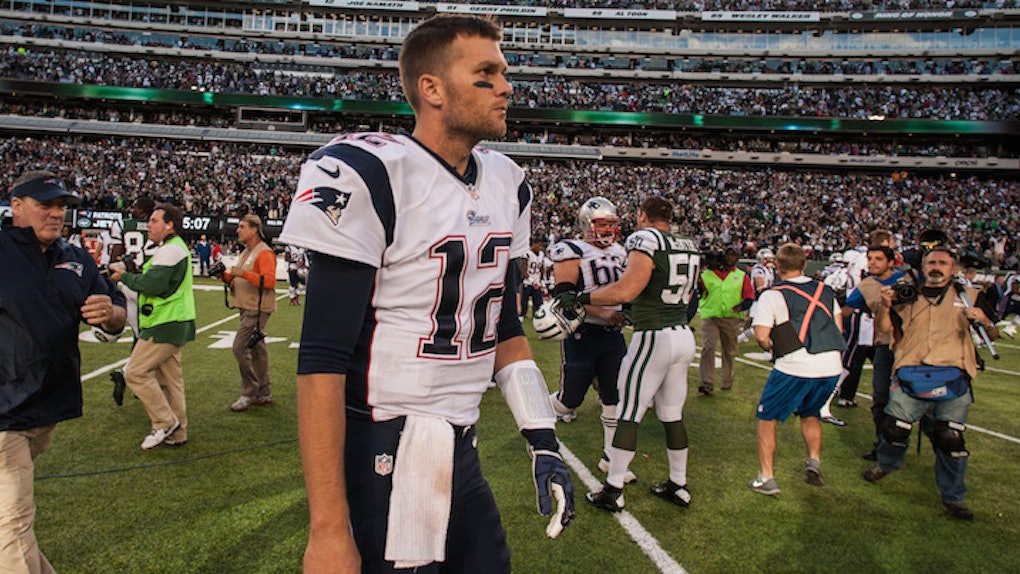 Here we are again.

The NFL denied Tom Brady's stance on the Deflategate controversy, upheld his four-game suspension and claimed the Super Bowl-winning quarterback ordered his phone to be destroyed by an assistant.

Now, it's on Brady to respond and explain.

In a Facebook post, the Patriots star doubles down on his assertions he is innocent and the league has "zero evidence of wrongdoing."

I also disagree with yesterdays narrative surrounding my cellphone. I replaced my broken Samsung phone with a new iPhone 6 AFTER my attorneys made it clear to the NFL that my actual phone device would not be subjected to investigation under ANY circumstances.

So, that's it? Brady's old phone is nowhere to be found because his Android broke, and he decided to switch to an iPhone. It's a pretty simple and common explanation. With the stakes this high, though, that excuse is also a pretty lame one.

Nonetheless, Brady insisted the league has no evidence to show for. He continued,

Regardless, the NFL knows that Mr. Wells already had ALL relevant communications with Patriots personnel that either Mr. Wells saw or that I was questioned about in my appeal hearing. There is no 'smoking gun' and this controversy is manufactured to distract from the fact they have zero evidence of wrongdoing.

With this whole issue likely to head to federal court, only time will tell if Brady's telling the truth or not.

But, this all sounds pretty weak right now. At least Gisele approves, though.