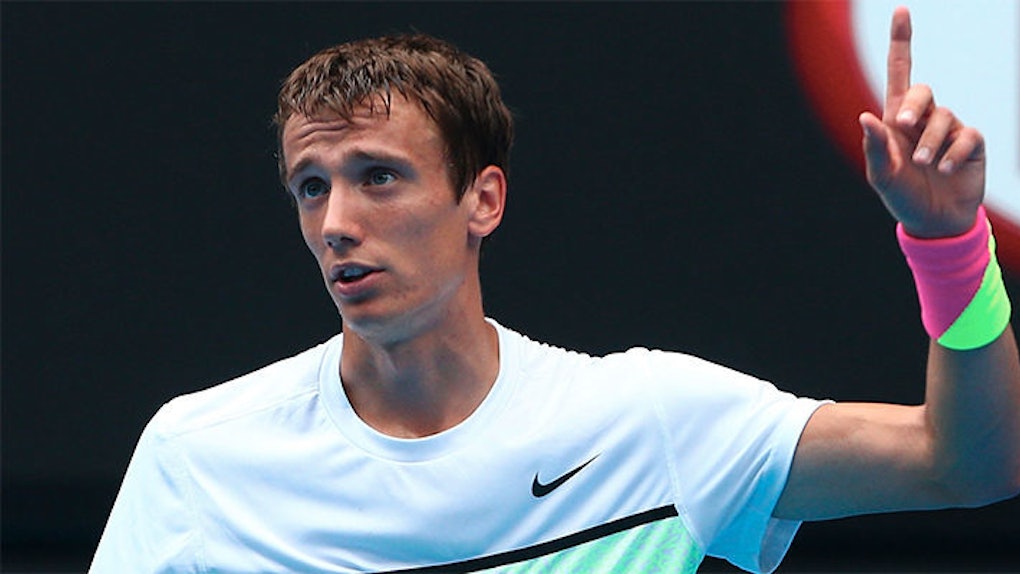 I refrained from posting a preview yesterday as a result of day three's heavy slate of lopsided matchups, and I'm glad I did.

If you follow me on Twitter, you'd know I tried my luck with two underdogs valued at around +200 -- Brands and Kudla -- and had little luck with either of them. Still, I was happy to see my third play, fellow Chelsea FC supporter Dom Thiem, completely discard of Nico Almagro in straights.

Nevertheless, if you do follow me on Twitter, I hope that you, too, reaped the rewards of that Nadal upset Monday night.

After seeing Nadal drop sets to both Carreño Busta and Kuznetsov in Doha, I lost a great deal of whatever faith was restored in him throughout the end of last season. Verdasco has been quietly shortening the margin between the two player's head-to-head record, and at those odds -- on a hard court -- I figured it was worth the flyer.

Whereas Monday provided us with some late night/early morning drama -- it was a pretty uneventful evening for tennis, last night -- both as a fan and a handicapper.  Thankfully, I'm excited to say tonight's schedule offers a bevy of more tasty options to choose from.

As far as the big-priced matchups are concerned, there are a few lively dogs I've got circled on my schedule. Despite washing Daniel Evans in the first round, I think Feli Lopez can get pushed by Guido Pella (at +650). And if Gilles Müller's first serve isn't thumping like it was against Fogna in the first round, I've got him on about 72 percent upset alert against Aussie-native John Millman.

For the favorites, I like João Sousa to get through Giraldo -- who spurned us last round, defeating YimLife Young -- and Verdasco to absolutely throttle Dudi Sela. In fact, the two would make a decent double, paying out even.

Aside from my three tips, below, I see the rest of the slate as pretty chalk.

Usually I don't like to tip Rajeev Ram unless we're in Newport, but today marks an exception.

After getting past fellow Fighting Illini Kevin Anderson Monday night, the big serving American meets 35-year-old French journeyman Stéphane Robert and -- although layers have deemed him a +160 underdog -- this is a match I believe “Rampras” can win.

Despite dismantling American qualifier Bjorn Fratangelo in straight sets, 6-2 6-2 6-2, Robert looked far from overly impressive. I mean, after watching that match, I'm pretty convinced I'd be able to take a few games off of Fratangelo's serve. The result wasn't really a testament to Robert.

The Frenchman's strokes looked eh; he didn't really move particularly well. And, although the scoreline doesn't really indicate a close match, even f*ckin' Fratangelo was semi-active in the majority of his service games.

I'm confused why he's getting so much respect over a guy like Ram who won an ATP Singles title last summer. Don't sleep on my guy -- Rajeev is crafty. While his first serve obviously gets a lot of the credit, and for good reason, he's not impotent from the baseline, mind.

I've been waiting to fade Chardy Hardy for a minute now, folks.

I don't know. I can't really put my finger on it. Something just hasn't been right with the Frenchman since his US Open defeat to Marin Čilić, after playing some of his best tennis in years, last August.

In spite of being ruled a +140 underdog, the Russian Andrey Kuznetsov should be able to test Jérémy Chardy at the Australian Open. Chardy's serve hasn't been dominant all season -- even tracing back to the latter part of 2015 -- and if this match is to be decided on the baselines, I fancy Kuz to be the one dictating points against Chardy, especially on such a quick surface.

Kuznetsov has a strong serve and an absolute rocket for a backhand, and although Chardy was lucky enough to survive his five set, five-hour marathon against the erratic Latvian Gulbis -- Kuznetsov should present a much more difficult task in longer rallies.

While I don't see straight sets, I do expect the Russian player to prevail against the potentially fatigued Frenchman, Chardy. And at great odds, too.

Stevie J's 2016 season started off with a few hiccups, to say the least, dropping consecutive matches in which he was pretty heavily favored. While the Troicki loss looks a lot better now, after the Serb's decent start to the season, that loss to World No. 266 Matthew Barton is still pretty inexplicable.

Tonight we see the American square off against Brazilian clay-courter Thomaz Bellucci, presenting another winnable match for our guy, Stevie.

Bellucci posted a pretty grim second half of the hard season in 2015, and lost eight of his last nine matches on the surface prior to his first-round victory over Jordan Thompson. He's a thrasher -- and can hit a lot of winners, when he's in the zone -- but I simply can't see him maintaining that level for a best of five match against Johnson.

Johnson comes into this match after an impressive straight sets victory against the in-form Brit, Aljaž Bedene, and I look for him to carry over some of the momentum from that win, here, tonight.

As long as Steve can get his first serve down and stay away from errors with his backhand, he should be able to advance into the third round in relatively straightforward fashion. Give me Johnson.