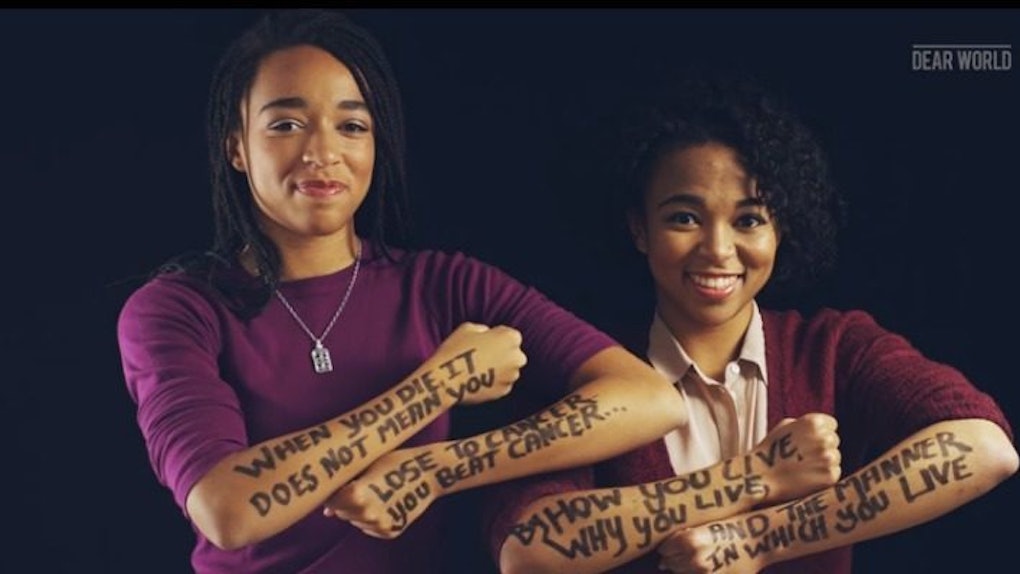 Exactly a year ago today, the world lost one of the most influential voices in modern media, Stuart Scott.

In early 2015, Scott, who had cancer, died at the age of 49, but before he died, he took to the stage at the 2014 ESPY Awards to share words of encouragement and hope.

When you die, it does not mean that you lose to cancer. You beat cancer by how you live, why you live and in the manner in which you live.

Scott's daughters, Taelor, 20, and Sydni, 16, recently partnered with Dear World to release a touching video tribute to their dad.

They shared the tremendous impact he had and continues to have on their lives. They talked about how great he was not just as father but as a loyal friend.

And of course, Taelor and Sydni relayed how deeply they miss their dad.

Take a moment to remember a man who refused to give up, and let yourself smile at just how much his spirit lives on today.